Sonora this week became the first Mexican state to ban bullfighting.
The northwestern Mexican border state's legislature voted unanimously to pass an Animal Protection Law that includes the historic ban on this most depraved of blood sports. 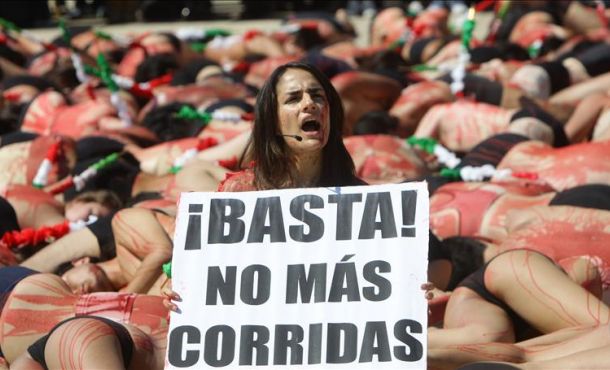 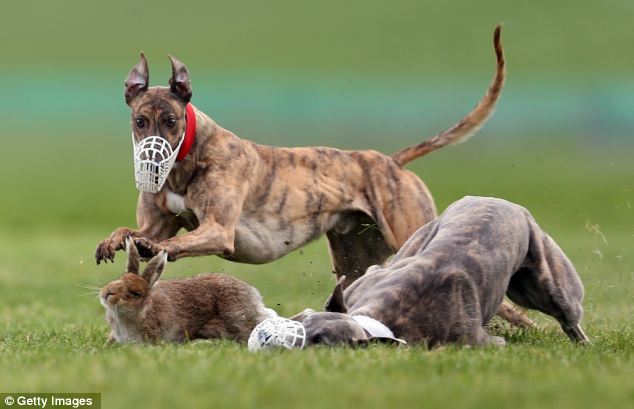 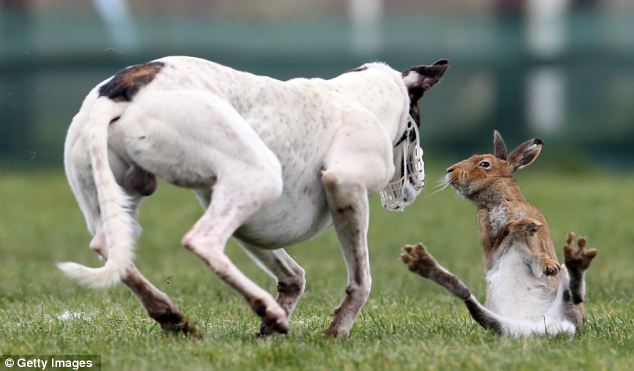 This is "sport" according to some Irish parliamentarians...

Hares are coursed in all weathers: their plight a source of mirth to fans 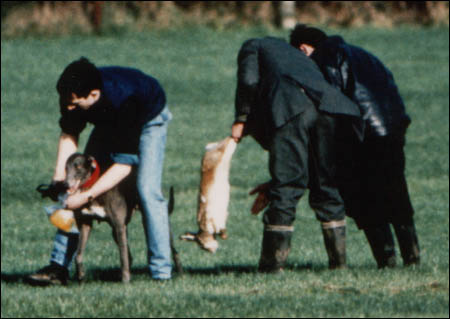 Another hare dies in agony for fun and games 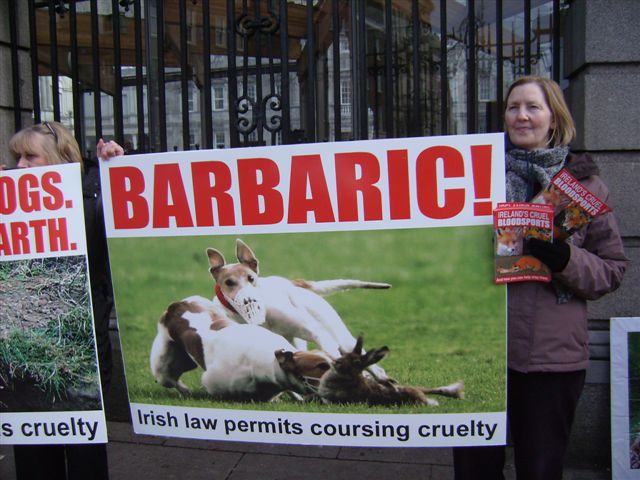 Protester against hare coursing outside Dail

"It has caused quite a stir because we are the first state of the republic to pass this law. I really didn't expect, I say this with all the honesty in the world, I didn't expect the repercussion this would have, nationally and internationally," the Ecologist Green Party of Mexico,” said.

The party believes that "clearly more than 70 percent of Mexicans are against the continuation" of bullfights in the country, on the basis of several public opinion polls”.

In Sonora, citizens' demand for an end to bullfighting began two years ago, when a crowd of 18,200 came out before a bullfight was to start to ask that the spectacle be outlawed.

Our government here in Ireland should follow this proud example and outlaw its own Circus of Shame: Live hare coursing, another cowardly and perverted practice that involves the tormenting of animals for “sport”.

Bullfighting’s apologists claim that’s its part of a noble tradition...that the animals are treated well PRIOR to the cruel spectacle...that there are more bulls in districts where bullfighting occurs...EXACTLY the same hogwash put out by the hare coursing mob in Ireland in defense of their cruelty to a gentle creature.

The hares are captured with nets in the Irish countryside, kept in unnatural captivity and then set up for pairs of hyped-up greyhounds to chase and terrorise. Many are mauled, pinned to the ground, or tossed about like rag dolls by the dogs. Injured hares have their necks broken by so-called "dispatchers" employed by the coursing clubs. Hares taht survive coursing often die afterwards back in the wild from a condition called Stress Myopia...they can literally die fright!.

The TDs (members of Ireland's parliament) who say that hare coursing is a “sport” are languishing in a shadowy corner of the past, along with the industrial school system and the Magdalene Laundries and other relics of our great “tradition” and culture.

The following three pieces of footage were filmed at the 2013 “Irish Cup” live hare coursing event, held at Limerick Racecourse in February:
1)

Hare cries out when hit and mauled