Solidarity with Bradley Manning in Bristol and Cardiff (round-up)

Bradley Manning's trial starts Monday 3 June and this weekend activists around the world have been taking action in solidarity, including in London [Photos here | Links to reports etc. here] where around 250 people from all over gathered outside the US Embassy to hear speakers including Peter Tatchell, Vivienne Westwood and Craig Murray, music including David Rovics. There was also an ill-fated banner drop in Bristol [Report here], a smaller one with a replacement banner in Carmarthen and a presence in Cardiff and Haverfordwest. This is a brief report with some photos from Bristol and Cardiff. 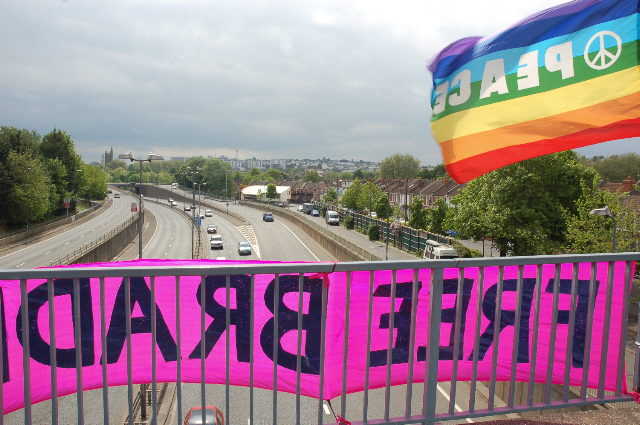 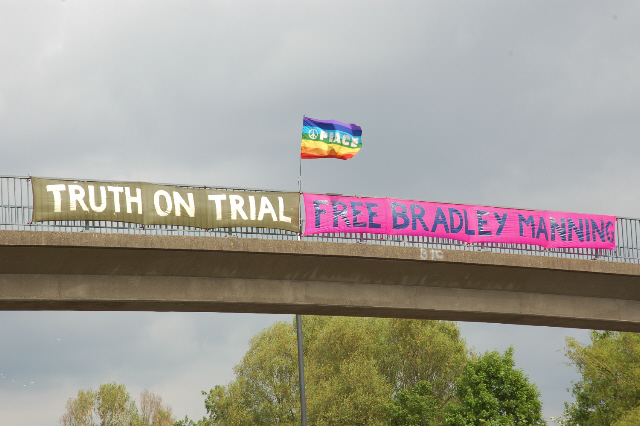 ...before the cops got to them 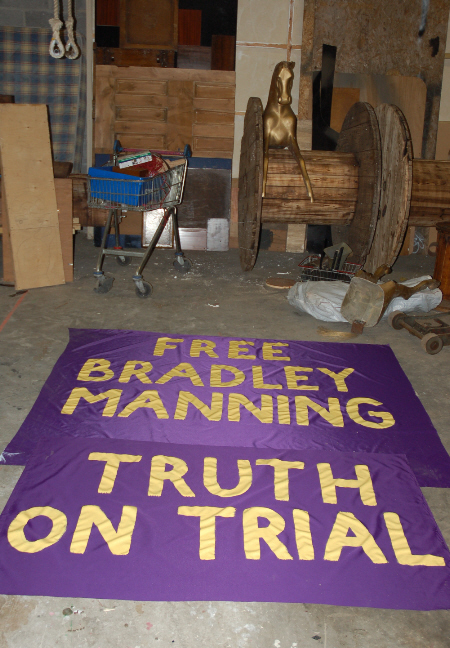 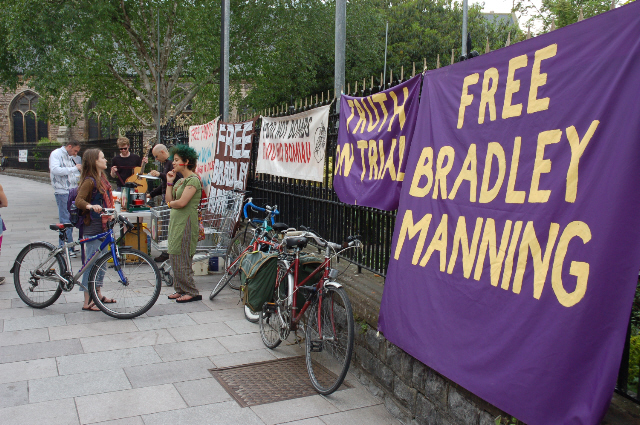 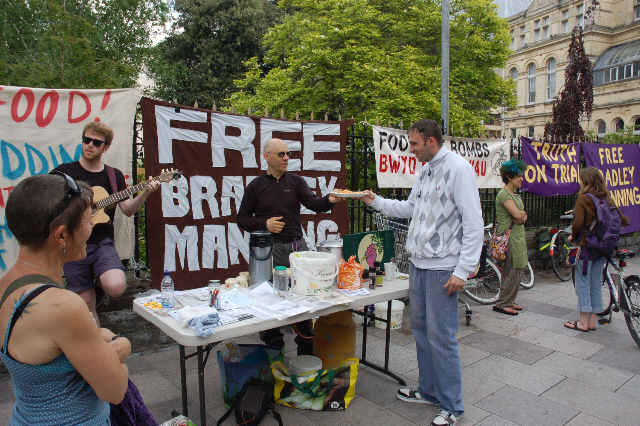 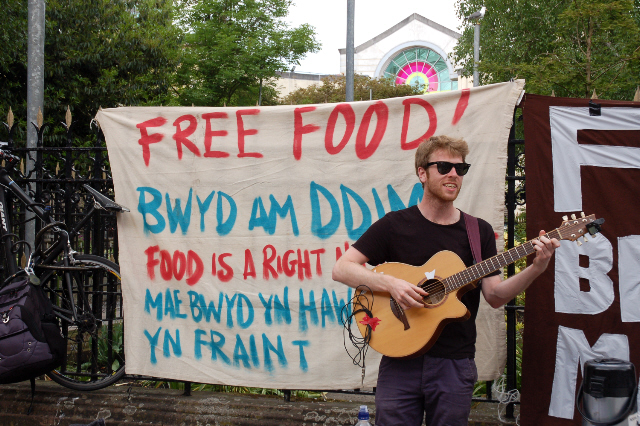 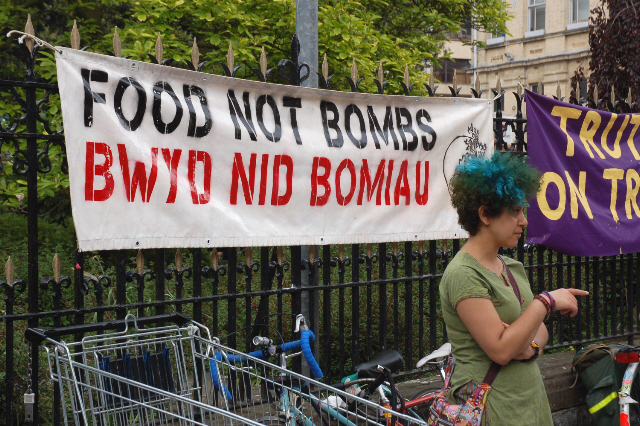 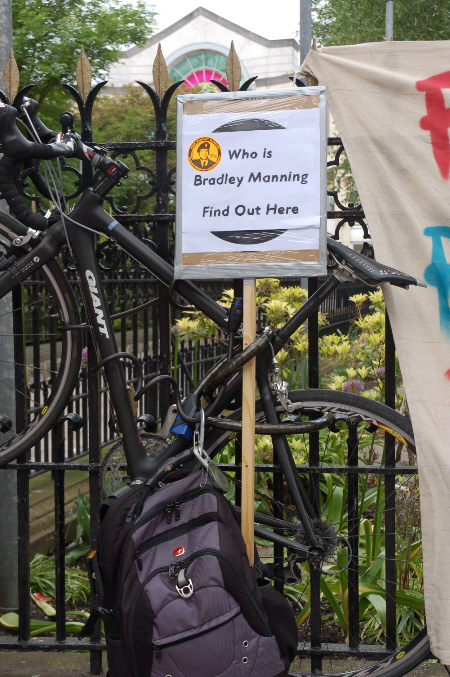 Who is Brad? Find out here. 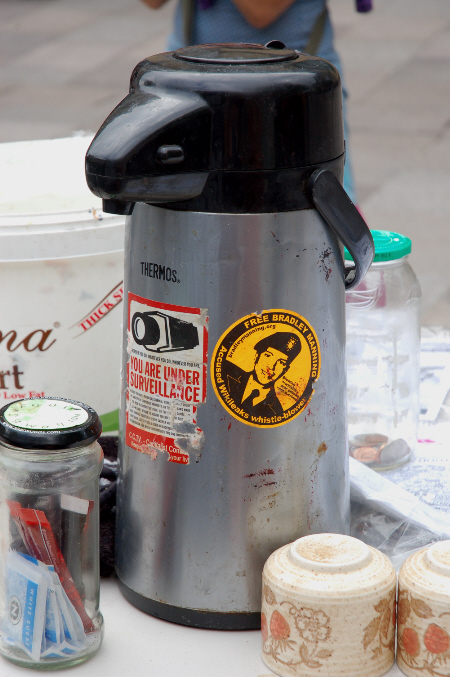 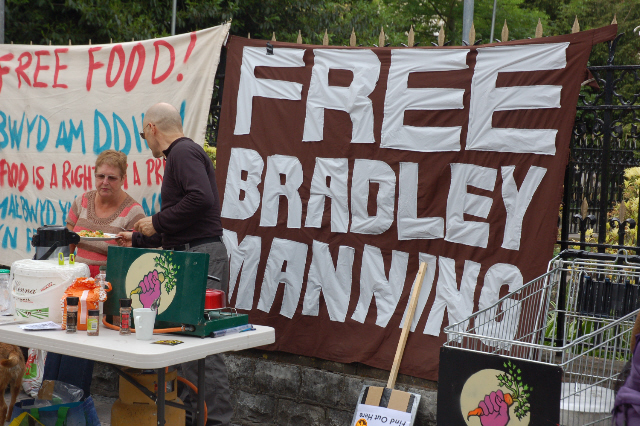 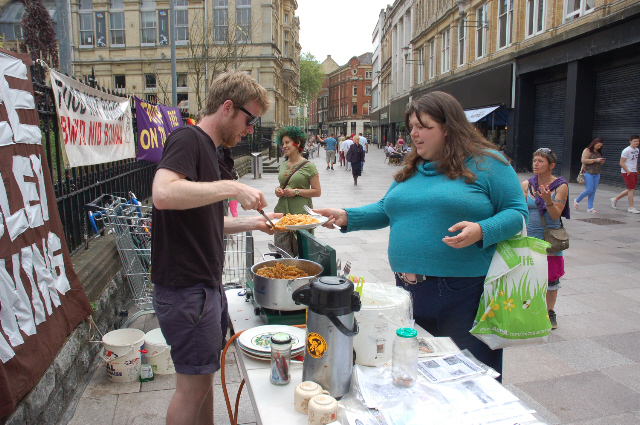 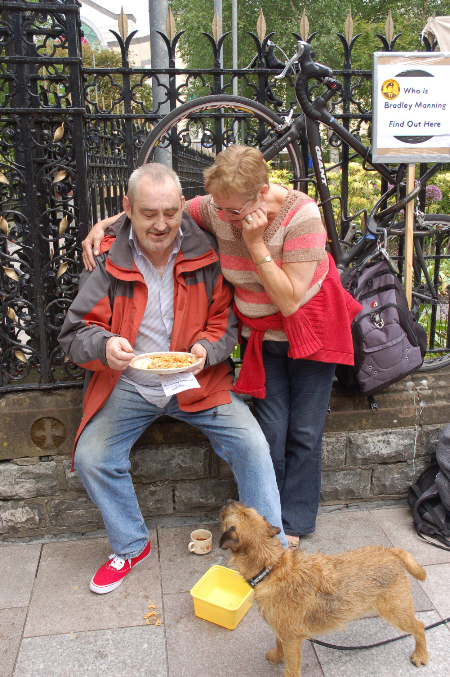 The dog waiting patiently for some too 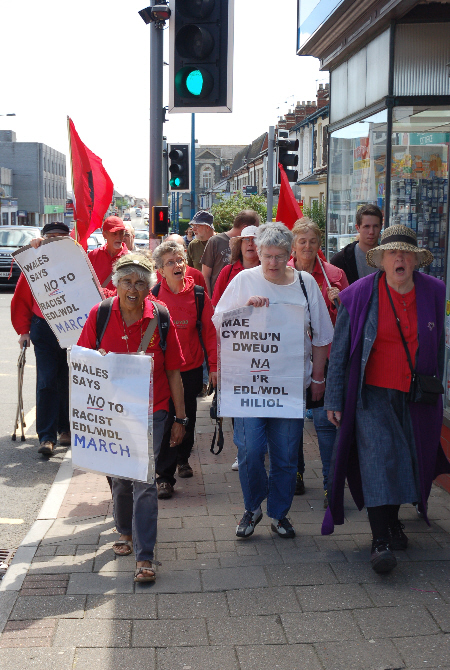 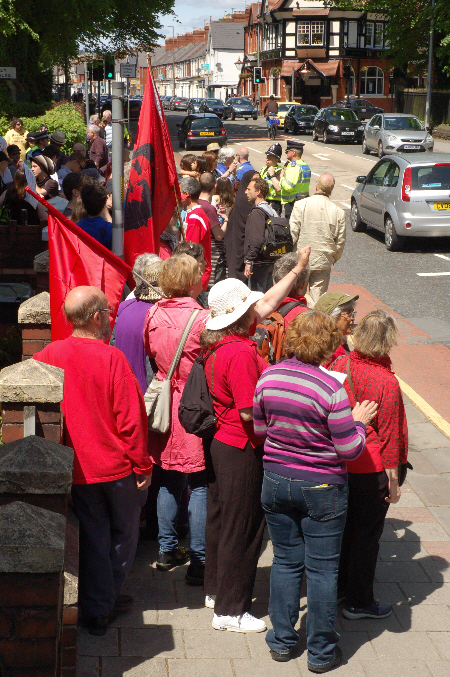 Gathering at the barracks 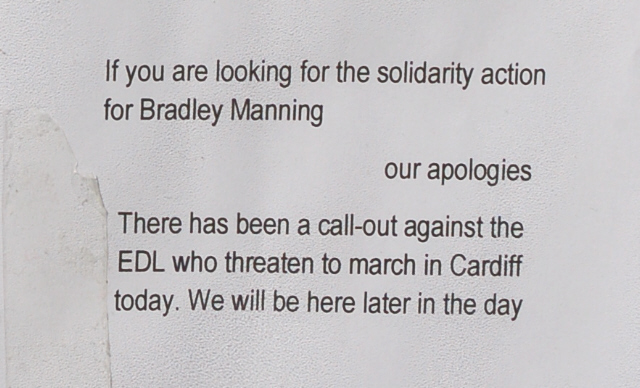 Notice that the choir would be elsewhere 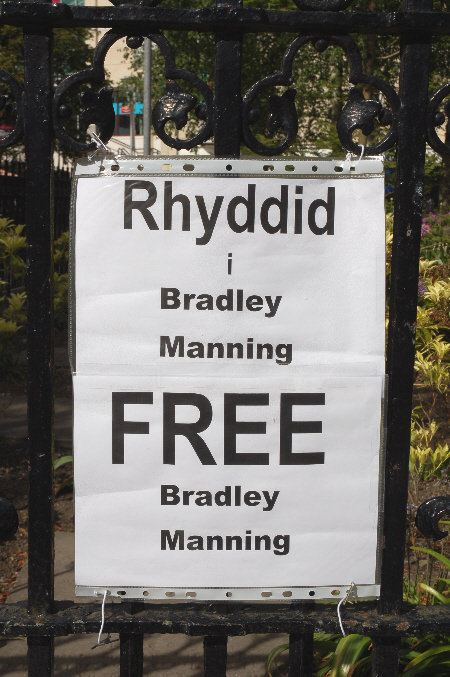 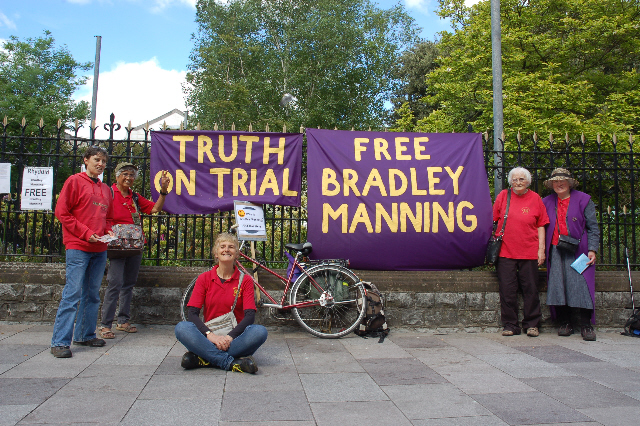 Back at the market late afternoonSat with the choir

A bad start in Bristol (Thursday)

The Bradley Manning banners (about 40 foot of them in total) were very prominently displayed on a footbridge above the M32 outbound lane from just after 3pm until just before 5pm on Thursday, when they were rudely seized and damaged by the Bristol constabulary and are being held as evidence pending possible court action.

The police intervention caused a bit of delay, but by the following lunchtime new banners had been made to accompany the regular 'FREE BRADLEY MANNING' banner that Food Not Bombs Cardiff use on their weekly Friday free hot food stall 'because food is a right not a privilege' outside Central Market. All sorts of people stopped by to have some food and chat - sharing food is such a great thing to do.

Someone had brought a placard: 'Who is Bradley Manning? Find out here', an inspired choice of slogan since a surprising number of people still have no idea just who Bradley Manning is. We leafleted in the warm sunshine, had many conversations with passers by about Brad's situation and the need for solidarity and we stayed until all the food had run out, which was several hours later.

The plan had been for the Reds Choir to sing for Bradley Manning and collect funds towards his defence at their regular Saturday event in the city centre. However, Friday evening it became apparent that the EDL, who had called for marches on the back of Lee Rigby's murder, were advertising a march in Cardiff from the barracks. The choir felt it was important to join this, and suggested that they might sing for Brad at the same time, or come back into town afterwards. The anti-EDL event went like this [Reports 1 | 2] and eventually half a dozen members of the choir joined me outside Central Market where I had put up the banners late afternoon and was leafleting, so we carried on until all the flyers had gone. The choir may reschedule their 'sing' for Brad for next weekend. It's encouraging to see how many activists in Cardiff are clued up about Bradley Manning and doing solidarity work - it's starting to feel like a movement!