London Catholic Worker and friends are holding a vigil and flyering for Bradley Manning three afternoons a week during the trial, currently outside Camden tube station. After three years of pre-trial detention and nearly a year of torture, the trial in Bradley Manning's court martial finally got underway this Monday at Fort Meade, Maryland, US. The WikiLeaks whistleblower has made probably the most significant anti-war leak of information in history and is being persecuted for daring to reveal evidence of war crimes and much more. Solidarity needed everywhere. 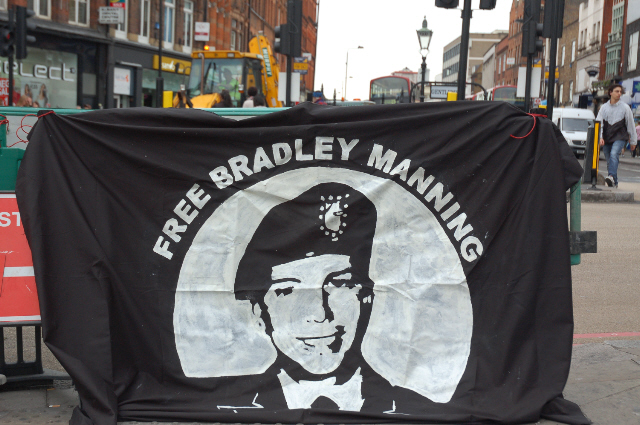 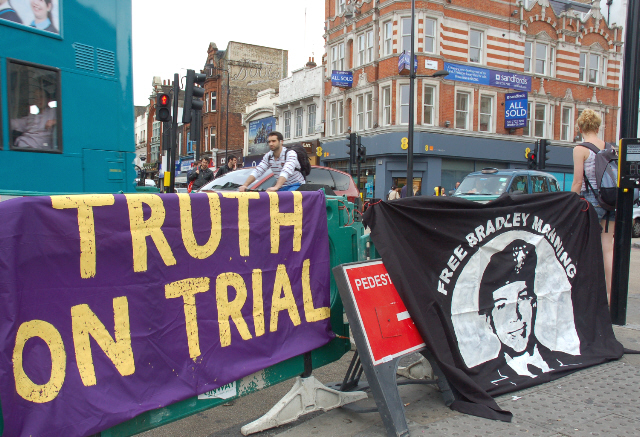 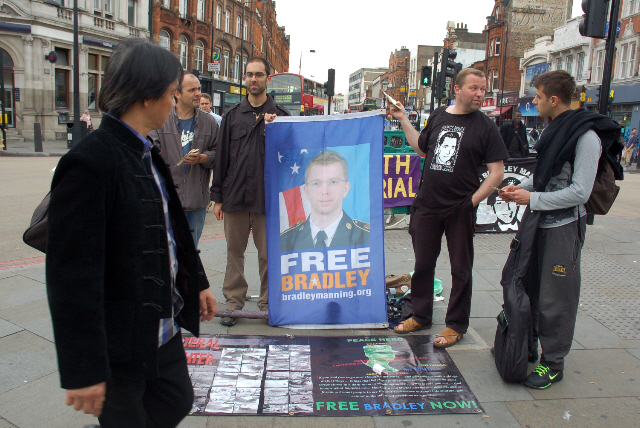 core of the vigil 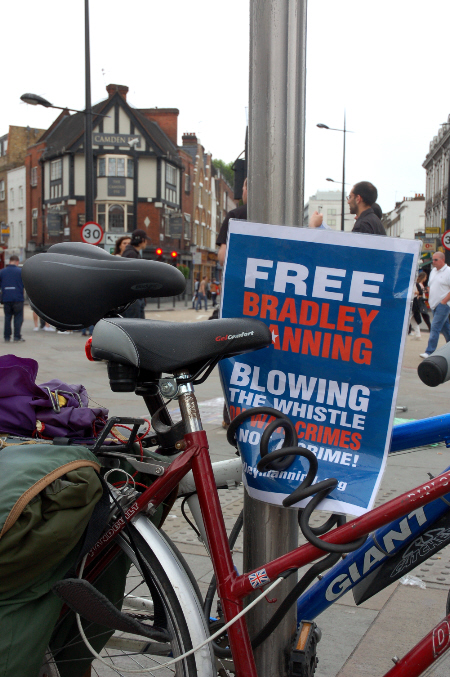 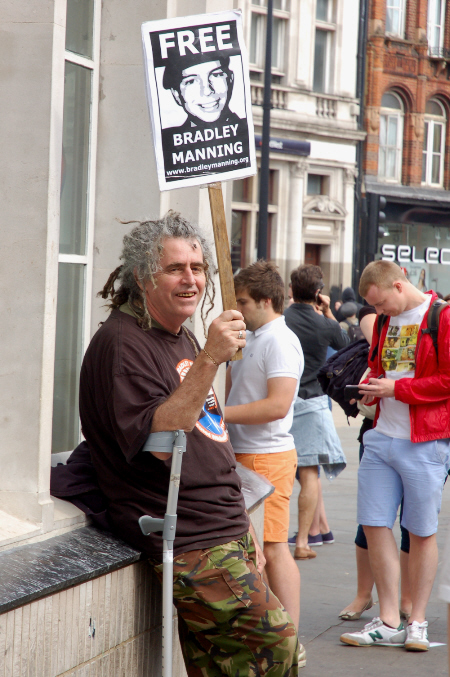 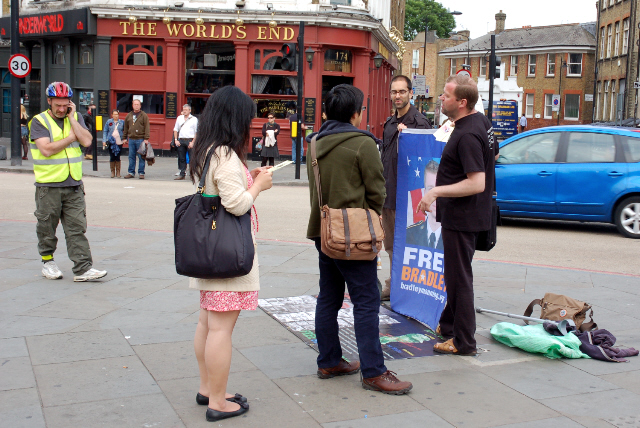 News from the trial

The week's proceedings broke up early after government witnesses took far less time than allocated to give their evidence. The trial resumes next Monday. Read a report on the week's developments at bradleymanning.org. Other independent reports from the court are being posted by Alexa O'Brien and Kevin Gosztola.

Four Catholic workers and a couple of others maintained a presence on the pavement near Camden tube station this afternoon, displaying banners and placards for Bradley Manning, distributing flyers and postcards to those requesting them, engaging in conversation and encouraging other solidarity actions such as writing letters to Brad. A lot of people stopped to ask for information and to discuss the case or went over to read the detailed banner with its shocking images taken from the Collateral Murder video.

Bradley Manning's trial is expected to last until August - plenty of time to do your own actions in solidarity with this persecuted whistleblower who faces possible life imprisonment without parole.

Solidarity continues in Camden during trial 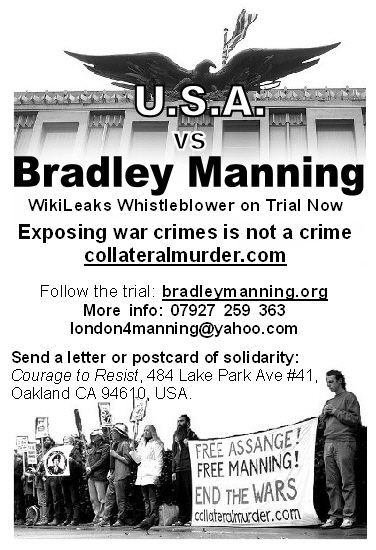 This vigil will continue every Monday, Wednesday and Friday from 4pm to 6pm outside Camden station.