In the context of the military trial concerning the publication of the war logs on Wikileaks, environmental activists protesting against the coal mine at Hambach Forest have installed a solidarity banner for Bradley Manning in front of the American military presence in the neighbourhood of our resistance camp. Since last week, an excavation of the remains of a military pilot who crashed in WWII is taking place in the area because RWE's annihilation of the landscape for the open cast mine seems to be perceived as a threat there as well. 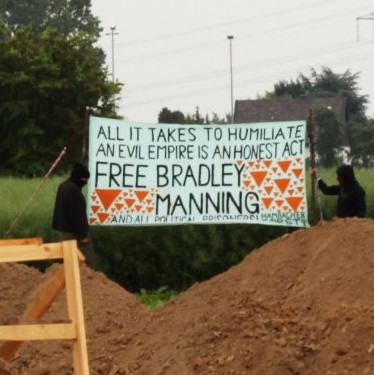 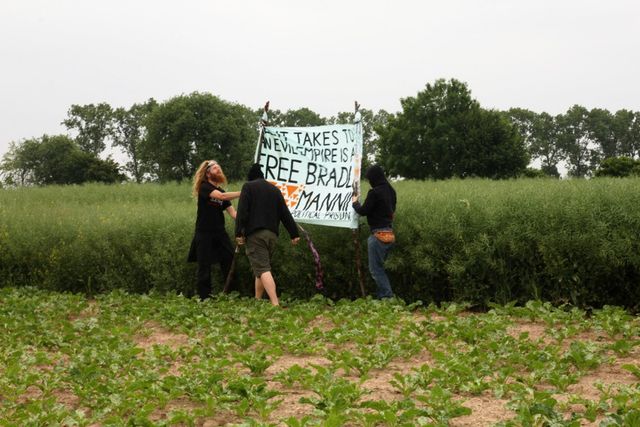 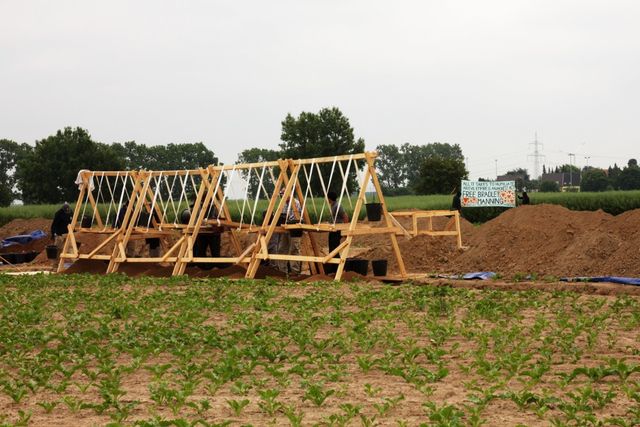 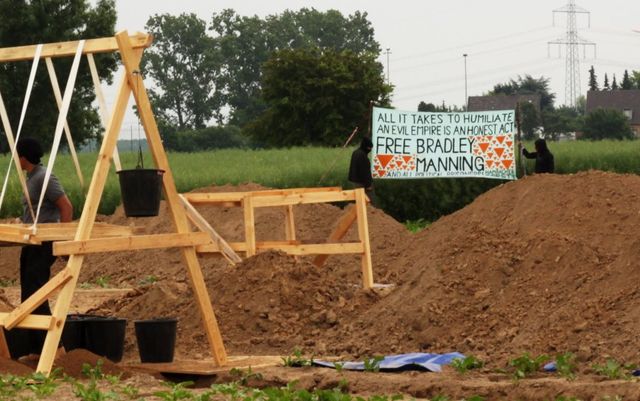 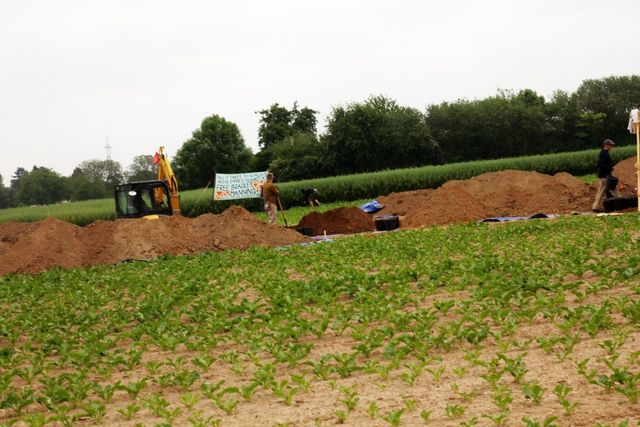 The destruction for the open cast mine does not only affect the living. On demand of the mining corporation the dead are being resettled as well, many of them before their bodies have fully decomposed. The excavation site at Hambacher Forst has remained unopened for 69 years, so this does have closer resemblance to archaeological research than to the short term relocation of civilian graves - even of the gruesome details that remain at the locations of the murderous „drone strikes“ there is no obvious trace after so much time.

The American military, including its sepulchral culture, is a global repression machine. Besides the devastating „ecological footprints“ of its wars, due to its implementation of corporate interests, its role mostly is that of an obstacle to solutions for environmental problems, and its operations often depend on poor information to its employees. E.g. American military deployed to Japan after the Fukushima catastrophy was not informed about exposure to radiation. Hence even its undertakers are a suitable address for protest against a destructive policy which brings about ever more war dead and environmental destruction. So we installed a banner in close view of the excavation site:

All it takes to humiliate an evil empire is an honest act – Free Bradley Manning and all political prisoners!