A night of talk, film and music to round off the StopG8 week.

Info-evening 6PM bringing together comrades from Italy and UK involved in struggles against state repression. Screening of Riots Reframed film at 7PM. Followed by gig at 9PM with militant hip hop from London and Italy. 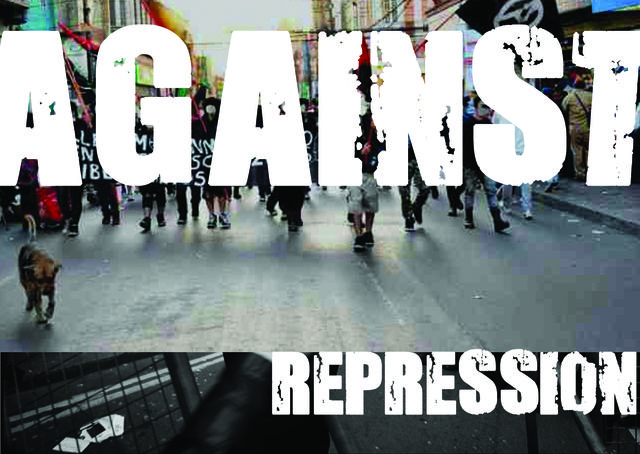 The discussion will take place at the *sparkspace* at 6PM, then at 7PM there is a screening of the film ‘Riots Reframed’ about the 2011 uprisings in England. PLACE: *sparkspace*, Blackfriars Hub, 58 Victoria Embankment, London, EC4Y 0DS

*No Fear: info-evening against repression*

In the final discussion evening of StopG8 Week, we want to bring people together again to think deeper about one crucial topic: repression, and how to fight against it. Whenever we try to take control of our own lives, the powerful will respond with repressive measures that are intended to prevent us from doing so. Repression works through racism, sexism and classism and comes in many forms: police violence, prisons, surveillance, border controls and so on. Repression is also the way we are taught to be afraid and submissive, and to distrust and attack each other.

“The legacy of Genova is still alive” – Activists from Italy will talk about the repression during the G8 in Genova 2001.

Defend the right to protest

Newham Monitoring Project (fighting racism, discrimination and injustice. In the East London borough of Newham since 1980)

The StopG8 week of actions and events ends with a big night of Militant Music. Top hiphop MCs from London and Italy; African sounds; Jungle, Drum n Bass, Dubstep and Reggae through the night.
…
In support of Marina & Alberto – jailed last year for the anti-G8
protests in Genoa 2001; and of families & friends fighting for justice for those killed in police custody in the UK.

Finishing up the StopG8 week in London. See you at the #J11 carnival against capitalism on Tuesday 11 June.

Against state & police repression. Freedom for all prisoners.

All funds raised will go to:

More MCs and DJs to be confirmed