Today the court hearing for a squat housing 50+ people from Africa & the Middle East in Calais is adjourned until 2nd July 2013... see call out : 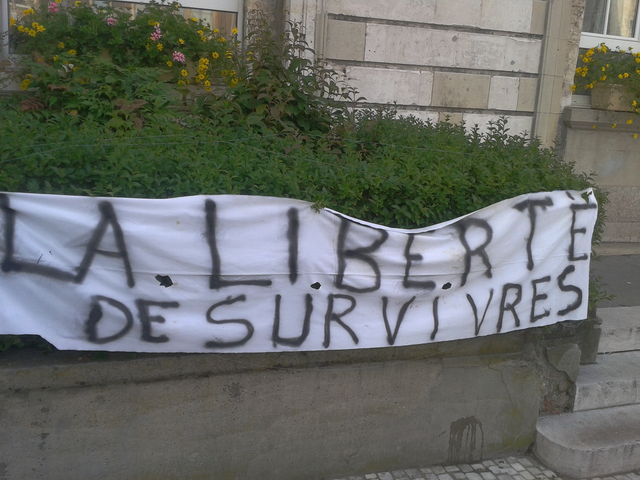 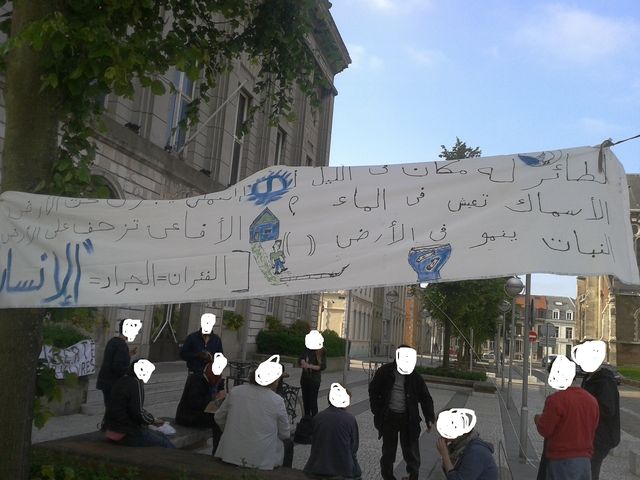 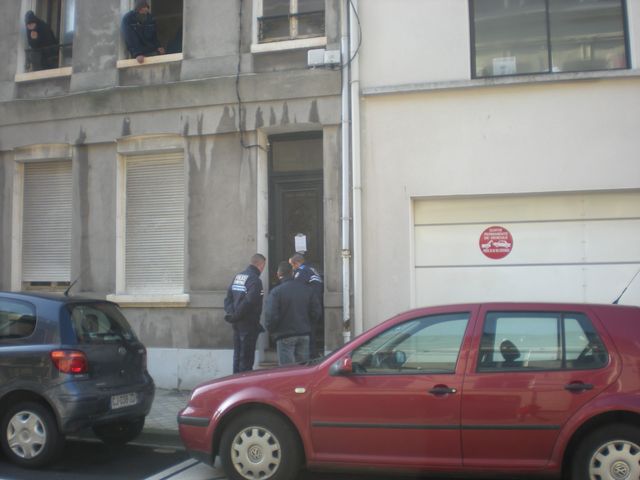 The UK and French government have been trying to 'free' Calais of migrants for years through a strategy of tight surveillance at the border and relentless harassment by the police in town.

In Calais undocumented people, asylum seekers and refugees sleep wherever they can find shelter : in abandoned buildings, under bridges, in parks or the jungles in and around town. Evictions are frequent, leaving people of all ages to sleep rough.

Border and riot police constantly conduct raids and ID controls ; arresting and detaining people, destroying their shelters and vandalising their belongings and blankets.

The city is full of empty houses, and full of people living on the street.

For years the police and the City have been systematically evicting squats illegally, breaking an entry into buildings, evicting people without a home, without authorisation from the owner or a court order.

In February 2013 people open a new home for people with and without papers in Calais. To shelter from police harassment on the streets and the harsh weather of a long winter.

The City try to evict but they can't get in (see :

Occupants force the City who own the building, derelict and empty for many years, to get a court order if they want to evict.

It works, and for 5 months - so far - the police have not been allowed to enter.

People take rest there from many countries; Sudan, Chad, Somalia, Egypt, Syria, Palestine, Afghanistan, Iraq, Albania and from countries across Europe. And also people under-age who are left street homeless in Calais.

Tea or a meal is shared. It is a place for exchange : language classes, asylum information, detention support. People cook together, play cards and get to know each other.

But the mayor of Calais builds a case against the occupants : she is determined to make sure empty houses remain empty, and the homeless remain on the street.

And now there is a trial, the Mayor wants to expel.

COME WITH US AND DEMAND :

* The right to a roof for everyone

* A housing solution for everyone

* Stop evictions and destruction of squats and people's means of shelter

* Freedom of movement and settlement for any and all people