A report of the rooftop occupation of the Shell petrol station in Pontprennau, Cardiff on 29th June 2013. 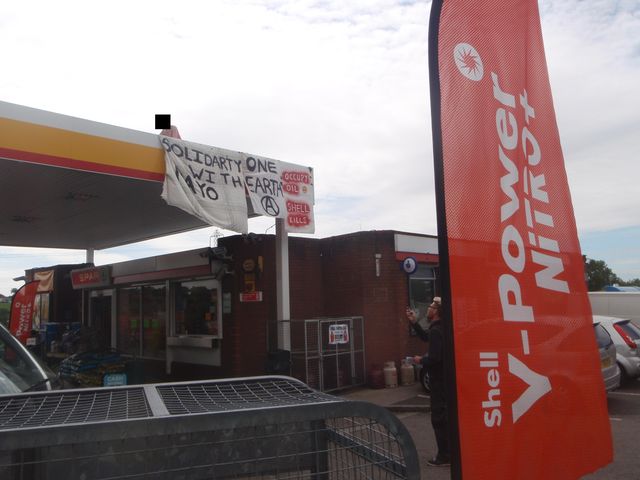 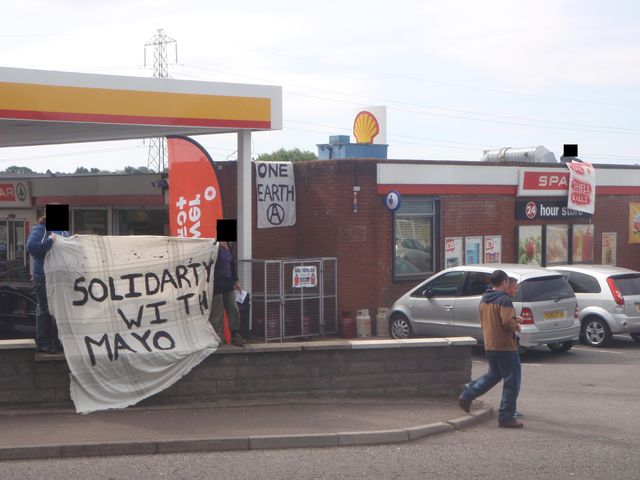 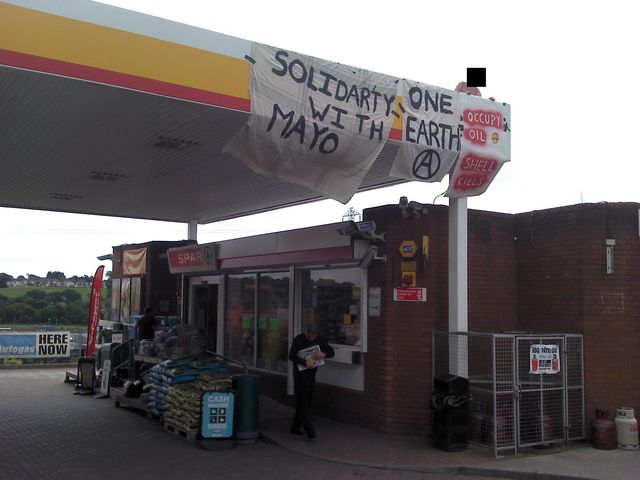 In solidarity with the protest camp in County Mayo Ireland, as part of their anti-Shell week of action, on Saturday morning a group of individuals from South Wales dropped banners and held a rooftop occupation of a Shell petrol station on the outskirts of Cardiff. The activists handed out leaflets to motorists and passers by, explaining the issues, and had some in depth conversations with passers by. There were no arrests.

The occupation started at 9:50 and protestors distributed leaflets and informed local consumers of Shell's actions internationally and in County Mayo, until they ran out of flyers. The occupier came down in their own time at 11.30, due to the fact that business continued operating as usual, and the point had been made. 3 banners were left on the roof of the garage, reading "Solidarity with Mayo", "One Earth (A)", and "Occupy Oil- Shell Kills". Comrades from Italy, London and Brighton sent messages of solidarity, along with local comrades.

Solidarity with all peoples and communities affected and dispersed by Shell's (and other profiteers') despicable greed and profit-driven ecocide. From Alaska to Ireland, from Japan to Nigeria, and here in Cardiff also, the struggle against the suicidal convenience culture continues.

Love and Rage
Some Anarchists