Aim: to share information and build a campaign to stop a biofueled power plant in the new development at Battersea Power Station that will damage the climate, destroy rainforests, biodiversity, habitats (including the Orangutans) and POLLUTE LOCAL PEOPLE. 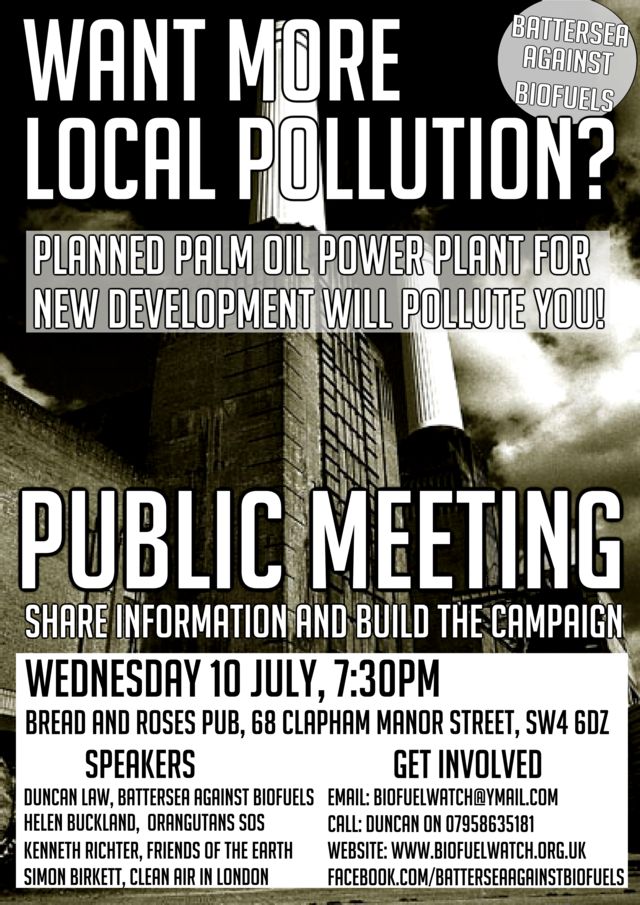 Battersea Against Biofuels campaigns against a large biofuels CHP plant that has been proposed as part of the Battersea Power Station development. The former owners of the site obtained outline planning permission for such a plant in 2010. Since then, the development has been taken over by a Malaysian consortium which includes Sime Darby, a company which owns more than half a million hectares of oil palm plantations in Indonesia, Malaysia and Liberia. Sime Darby has been heavily criticised by communities and NGOs over deforestation and land-grabbing, most recently in Liberia.