In 2013, Municipality of Sofia continue to run animal control based primarily on removing of tens of thousands of stray dogs and the number of local animal shelters increased to five in the past several years. 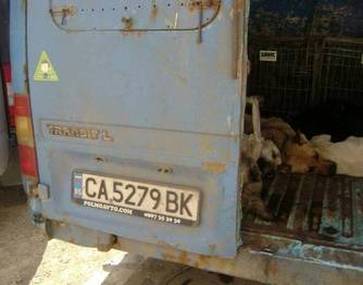 A historical perspective behind all "controversies" between Bulgaria's infamous major players in the animal welfare field - both competent authorities and non-governmental organizations involved in animal control services - shows they have a common interest, namely maintaining the illegal dog farming already established in Bulgaria and particularly in the capital Sofia, whether stray population may be available on the street or may be quickly dumped in newly opened shelters. This interest is served quietly by the Sofia animal shelter system that presents a pattern of opacity. It follows for decades a plain policy of routine collecting and unreported and uninspected disposition of tens of thousands stray dogs, lost included.

Once a dog is being impounded, we just could imagine the fate of man's best friend. From selling him/her to the shady partners of animal shelter system - the illegal dog dealers; to caging the pet in a research facility; or using him/her as a bait-dog in the dog fighting network well tolerated by the government.

Bulgarian Animal Programs Foundation is speaking out on this unusual industry in last decade, while both the officials and their closest stakeholders are always prioritizing issues that would provide minor, even none impact on pet population management and general companion-animal welfare.

We must see the lack of special legislation regarding animal shelter accountability as a crucial factor in failing to curb the dog population dynamics. Legislation amendments similar to relevant laws already existing in Northern Ireland, Michigan, and Virginia, were proposed by Animal Programs in mid 2011, but Prime Minister Bojko Borisov did not consider this until leaving office in March 2013.