Join us to march in support of 14 anti-racist protesters who were unjustly arrested as they were about to join 'Newcastle Unites' march against the fascist English Defence League (EDL). The arrestees (the youngest of who was aged 15) were held in police custody for up-to 10 hours, interrogated about their political activities, their homes raided, and their phones and computers seized, their privacy violated. 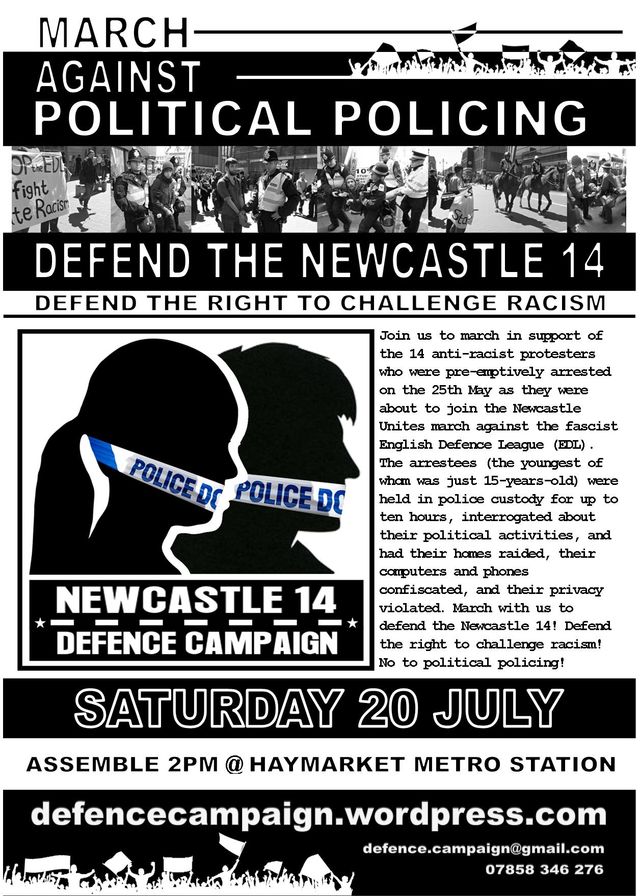 March with us to defend the Newcastle 14! Defend the right to challenge racism! No to political policing!