UK Coal win the battle but not the war... campaigners fight on

Today (Friday 19th July 2013) it has been announced that UK Coal will be allowed to have a re-run of the Inspector’s inquiry into the bitterly disputed application to mine at Bradley, Co. Durham. Last time round the Inspector's Inquiry took three weeks. Local residents still don't know the fate of the valley they love. Campaigners await new inquiry dates. 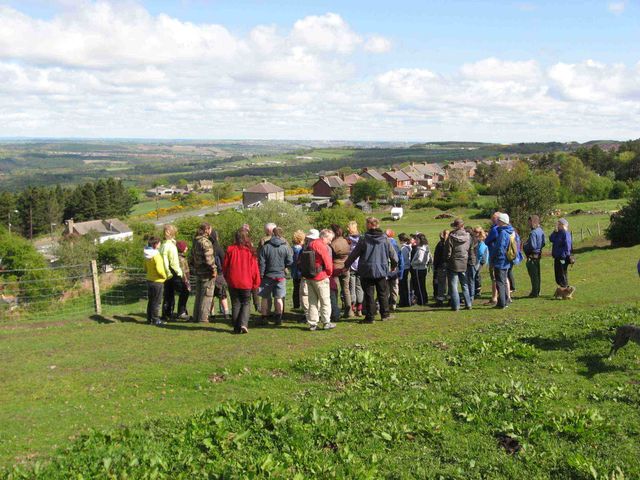 A history walk on the site

Six years ago the local community began to fight the coal companies plans to extract 556,000 tonnes of coal. Today the Judge is allowing that battle to re-run. For more information about the campaign and the history of the application see (

Local resident Carol Rocke said “I am dismayed and saddened by the decision, it’s such a waste of public money to re-run the arguments. The interested and active parties in the community are up for the fight, we wont let this valley go.” The Pont Valley Network has gone from strength to strength increasing the amount of activities in the valley, there are now more reasons why this application shouldn't be given the go-ahead.

The Pont Valley Network have been fighting this application for 6 years. Now the whole appeal to the original planning application will have to go back to an Inspector’s inquiry, which will cost the council large amounts in legal bills. This is particularly selfish of UK Coal at a time of council cut backs and the arguments have already been made.

Eleanor Baylis, from The Coal Action Network says, “Today's decision about the Bradley opencast application in Co. Durham is a disappointing one. It means that the community which first won the planning hearing in February 2011 still has no knowledge of whether a place they know and love will be destroyed. Desperate UK Coal clearly have no respect for how this affects local people. However, it does not mean that the area will be mined. It means that there will be another Inspector's inquiry with a different Inspector. The new Inspector will decide for themselves whether the community are correct and that the mine will not overall benefit the area.

UK Coal cannot honour its obligations to it's miners and so the Pension Protection Fund has had to bail it out. Beyond the situation around Daw Mill Colliery, where miners lost 10% of their pensions, nothing seems to have changed. UK Coal are clearly not a company to be trusted to in anyway restore sites, other sites remain barren years after so called restoration. Surely no-one wants to be a neighbour to a company which fails to pay its workers pensions and creditors. Lets hope that the next Inspector agrees with the first, as it is clear to everyone else that UK Coal's plans are bad for the area.”