Yesterday morning a hoard of clowns descended on the government Directorate for Planning and Environmental Affairs to deliver a special anti-fracking message to the powers that be. 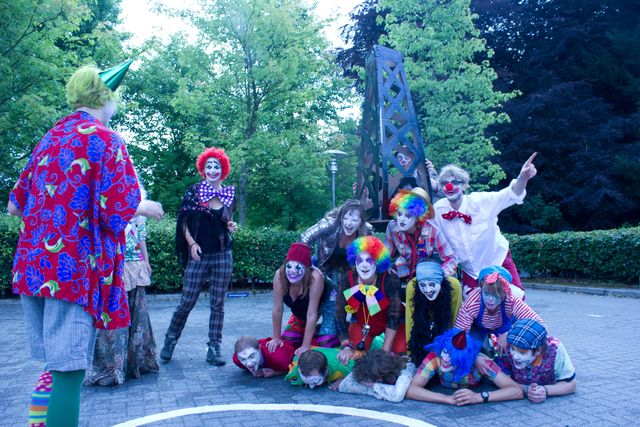 Clown Pyramids say NO to Fracking 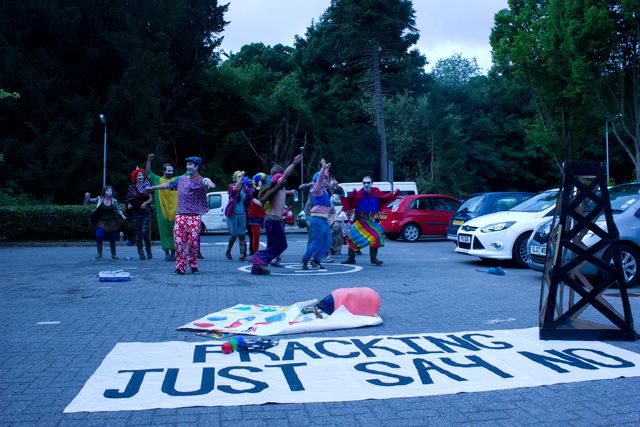 Frack your own back garden 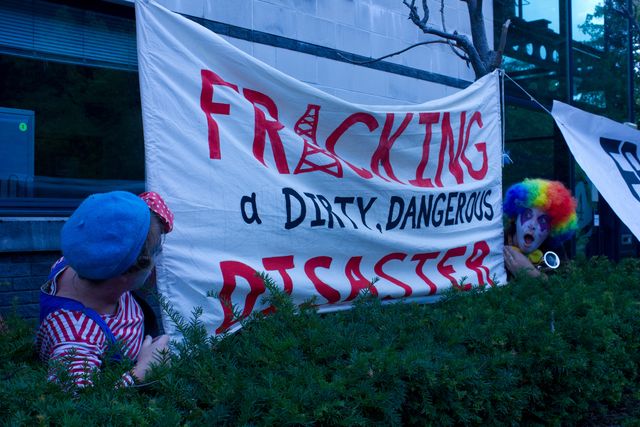 
At 8.30am yesterday morning, anti-fracking activists gathered for a clowning action at the Directorate for Planning and Environmental Affairs (DPEA) in Falkirk. Dressed in colourful clown costumes a group of 17 activists mocked the dangers of fracking with ridiculous play. Clowns burst in to the car park with music, banners and a fracking tower as bemused workers looked on. Games continued to the to town centre to raise awareness among the public.

A spokesperson for the actions said “we are here today to highlight the absurdity of going down yet another route of non-renewable energy that is a short term and dangerous solution to a long term energy/carbon problem with it's own set of potentially devastating environmental consequences.

“Despite mounting evidence of the dangers of fracking contaminating local water supplies releasing high carbon methane gas and risk of catastrophic explosions, the government is committed to giving fracking multi-nationals the green light, placing profit over local opposition and the potential for environmental destruction.

The DPEA was targeted as clown investigations uncovered evidence that the decision on what happens next with the fracking plans in Scotland’s central belt will be taken there by government civil servants(2). This follows DART Energy’s appeal to the Scottish government when Falkirk and Stirling councils failed to make the decision due to resistance from local communities, and a lack of credible information on health and environmental concerns(3).

The action happened amid growing concerns over both the Westminster and Holyrood governments' current favouring of short sighted, lucrative non-renewable energy plans, despite their alleged commitments to cutting carbon and pursuing renewable energy resources. Last week George Osbourne announced tax breaks for fracking firms operating within the UK (of 50% more than other energy companies(4). This break was championed by Lynton Crosby, the Conservative Party Chief Strategist and the man responsible for promoting shale gas fracking in Australia. Crosby's PR firm “Crosby Textor” also represents the Australian Petroleum Exploration Association, of which DART is a subsidiary.

This action was organised by Reclaim the Fields and continuity factions of the Clandestine Insurgent Rebel Clown Army. Anti-frackilicious!