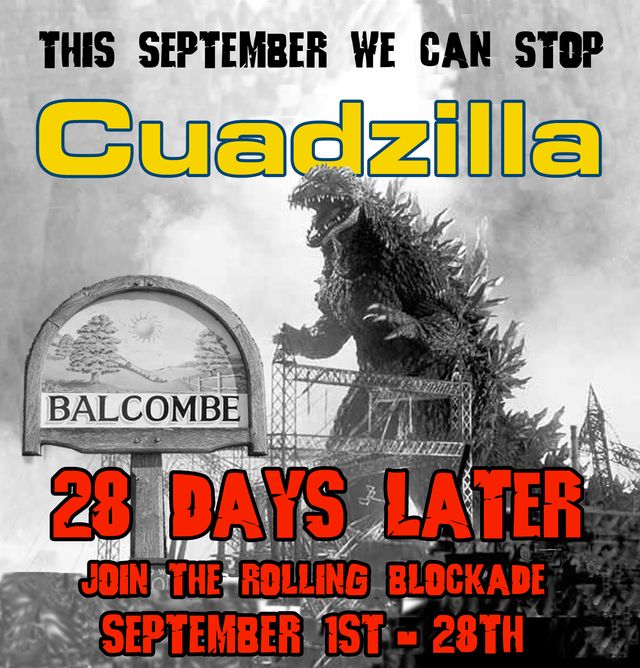 Fracking company Cuadrilla's governmental licence to drill in Balcombe ends on September 28th. The government may be allowing them to drill but they have no social licence from the people of Balcombe to frack their land and threaten their water supply. Neither do they have any mandate to begin an entire wave of fracking across the country. The vast majority of people in the UK want cleaner, greener energy.

After the upsurge of climate activism at Reclaim the Power in August, let’s make these last 28 days count. Let’s halt their work at Balcombe, and also send a strong message to those wanting to frack elsewhere.

A blockade has been on-going at the drilling site, but trucks have still been getting through. Now it's time to up the ante.

We invite groups from around the country to come and play a part in a 28 day rolling blockade.

Think creatively and act responsibly. Pick a weekday before September 28, gather friends and useful kit get yourselves to Balcombe.

Fracking is stoppable, another world is possible.

* People are reminded that this is a peaceful blockade and that the Balcombe camp is alcohol-free.