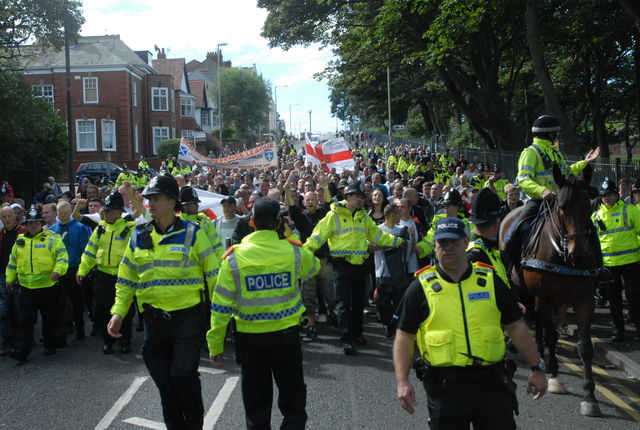 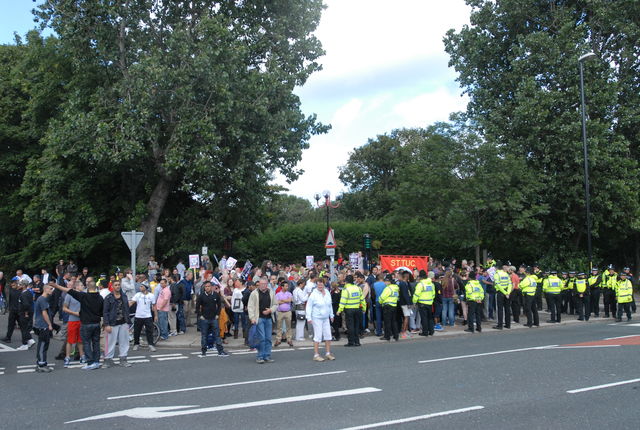 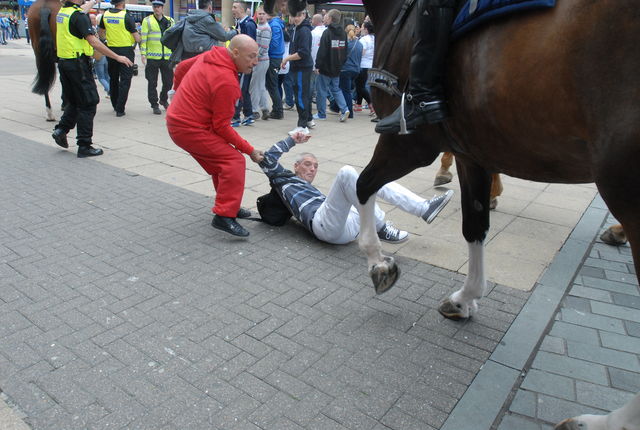 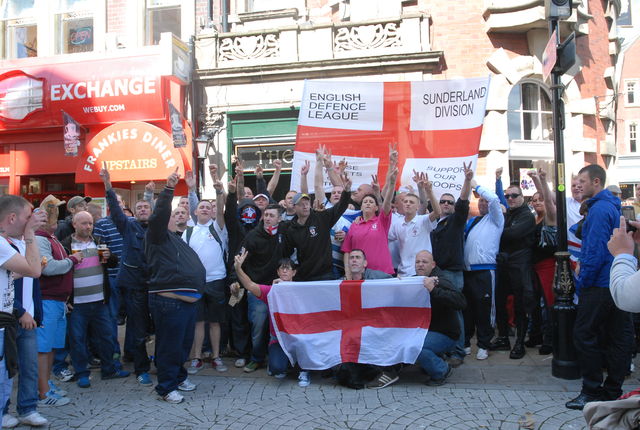 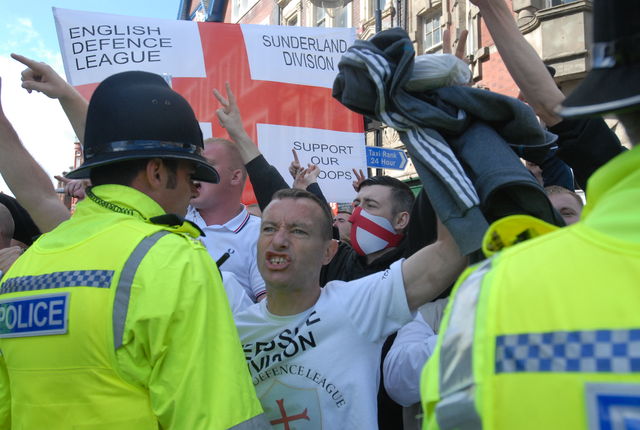 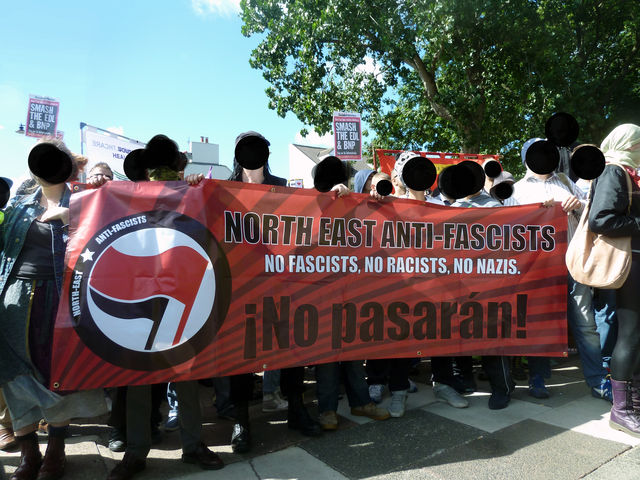 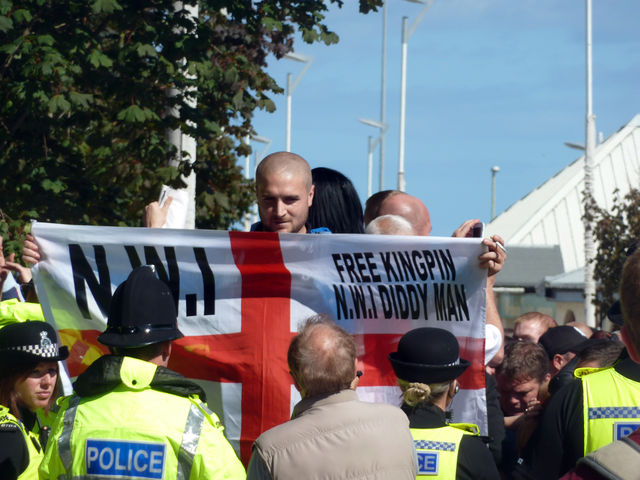 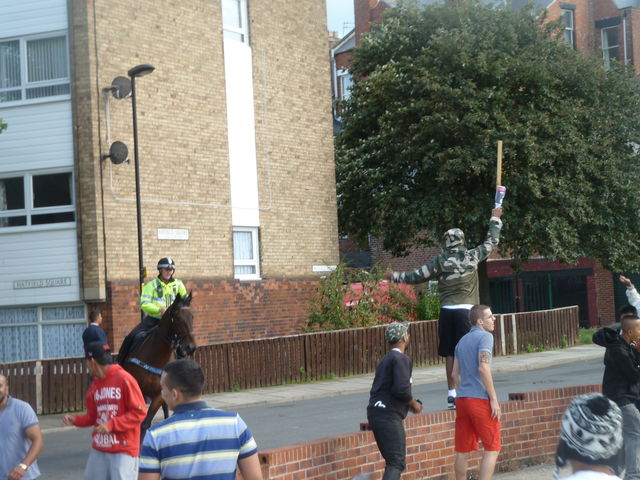 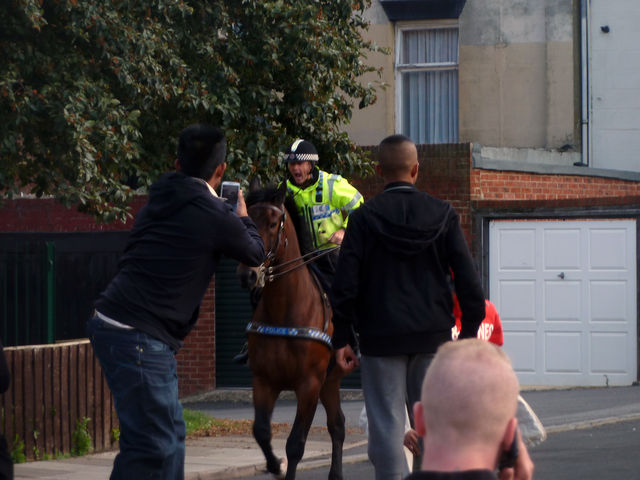 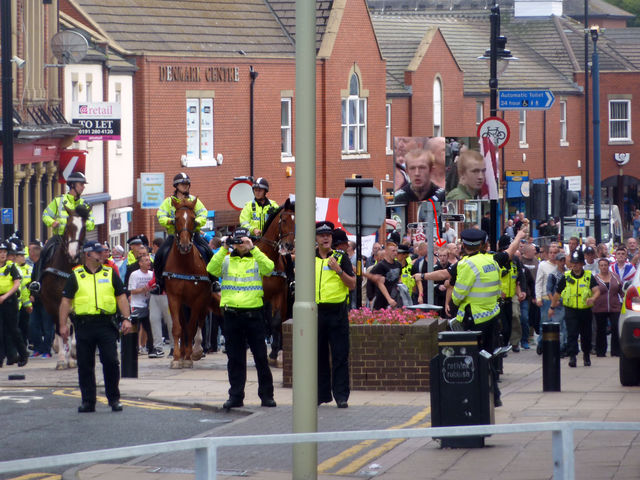 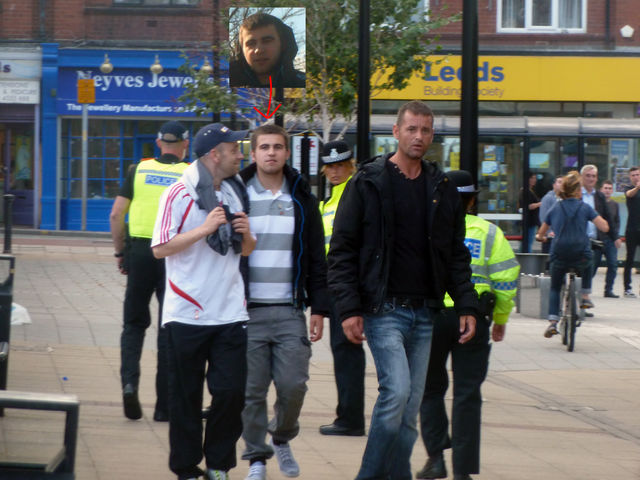 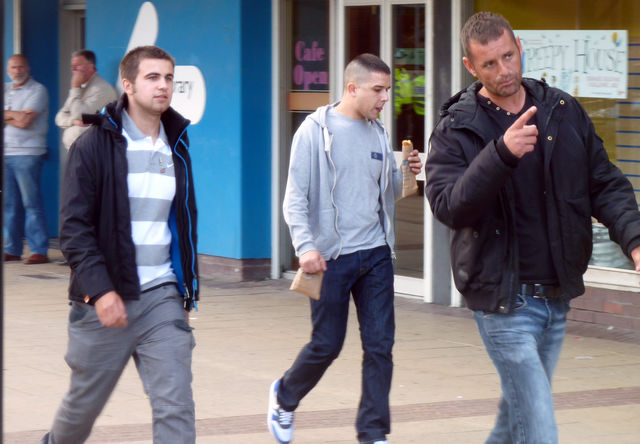 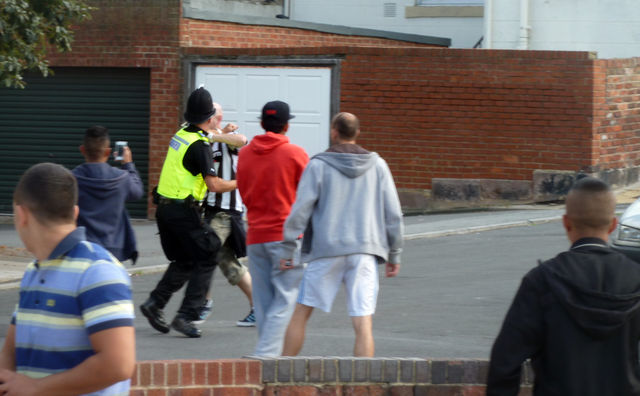 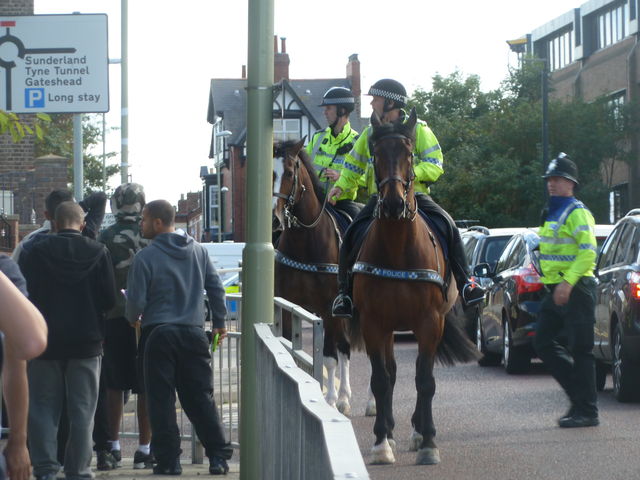 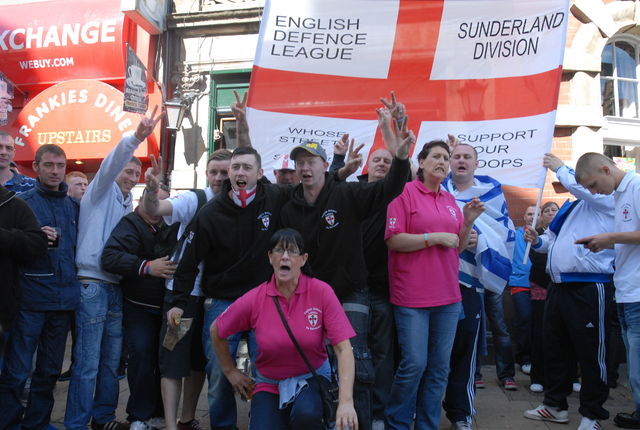 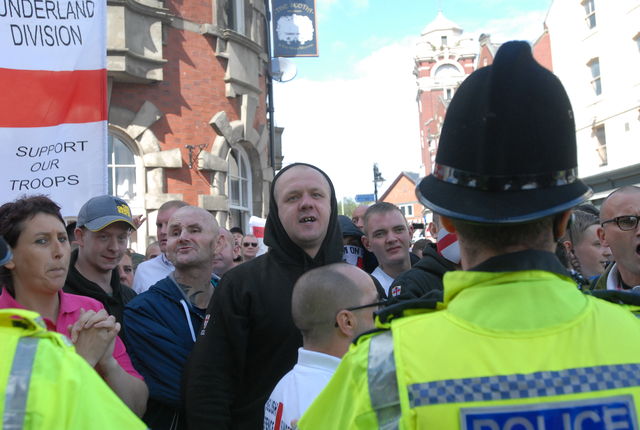 'SEVEN people were arrested during a protest by the English Defence League (EDL) in South Shields today.

About 350 members of the right wing groups the EDL and North East Infidels gathered from 10am at The Scotia pub in the town centre ahead of a planned march.
Both groups claim they were there to “protect the inalienable rights of all people to protest against radical Islam’s encroachment into the lives of non-Muslims.”

Scores of local people public were in the town centre and there were boos and jeers as about 200 police escorted the march from Mile End Road through Fowler Street to Beach Road and down Sea Road.

When the march reached Pier Parade it was met by a rally of about 100 anti-fascist protesters who had gathered at the junction of Ocean Road and Lawe Road.' -