Jobcentre anger and bans. What a mess.

It’s hardly surprising to hear that the tension is bad at jobcentres. Lengthy and ridiculous benefit sanctions, pointless courses and workfare placements that go nowhere – it’s no wonder that people are getting really, really angry.

Birmingham Against Cuts had a story recently about a man who smashed windows at the Sparkhill jobcentre after being sanctioned. 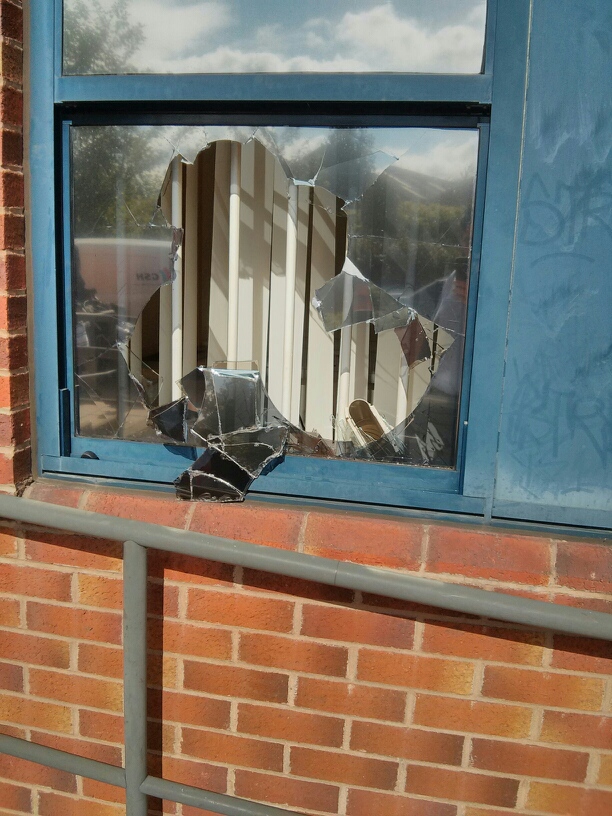 The Manchester Evening News has a story today about a man who set fire to phones in a jobcentre in the hope that he’d be arrested and given something to eat when in police custody..

And last week, I visited a few people in Bracknell who told me they and people they knew had been banned from their jobcentre for complaining about the centre and their workfare provider.

The jobcentre ban notices (which are not signed by a named officer) said they were banned for verbal and written abuse and behaviour “which was totally unacceptable” (no further details on that appear in the correspondence). The people in question denied the charges in the letters. More to the point – and this is the key point, whether we’re talking Bracknell, or wherever – they felt that they had little recourse. They said that they had nowhere to go to appeal those bans. They’d been issued with ban notices by London lawyers (I have copies of these) and then the jobcentre (I have those as well) and told to appear at another job centre for their fortnightly JSA interviews. That was the end of that.

Except that it’s not. Iain Duncan Smith has clearly decided to leave claimants and jobcentre staff to their hell together, to fight it out themselves. This can surely only get worse. As Birmingham Against The Cuts observes, people are dealing with increasingly lengthy sanctions and ridiculous reasons for them – absurd sanctions handed out by stressed staff who are under pressure to meet cruel targets. No wonder things kick off. What do people expect?

As for bans – heavy. And one-sided. I’ve got papers here which threaten Asbos and injunctions and costs if bans are broken. Wonder what happens if you disagree. Which you might. Of course jobcentre workers shouldn’t be abused – but what if there are two sides to a story? These are tense times, as I’ve said. Isn’t it possible for frustration and persistence to be interpreted as abuse? Can’t perspectives on a heated incident differ? Couldn’t jobcentres ban people who simply persist with a complaint and refuse to give up the fight for their money? (The DWP said, simply, that it banned people “who posed a threat” and that “we do not issue bans lightly.” I’d be interested to know if people think that’s the case. Certainly, the various people I’ve spoken to about this have issues with it).

And if someone disagrees with a ban, shouldn’t they at least be able to appeal that decision? Because if they can’t, or don’t know that they can, then the equation is not equal. So I asked the DWP about this as well. I tried to ask Bracknell jobcentre first, but kept getting bounced back to the DWP. Their advice seemed to be that anyone who disagreed with a ban would need to fork out for a lawyer – “they can seek legal advice – and additionally they could follow our complaints process if they disagree with the methods we adopt – but as a legal request the ban would stand, unless contested legally.” So – you’re sanctioned, you’re banned and you must find money for a lawyer. You’re hardly in a position to do that.

What a bloody mess. I can only imagine that IDS enjoys it – this power to throw people into a tinderbox and chuck in a match. Only a truly evil prick would foster that.