KFC Boycott And Chicken Disease Cause Owner Profits To Drop 70%

Disease, boycott, health inspections are some factors in the decline in KFC sales and profits. 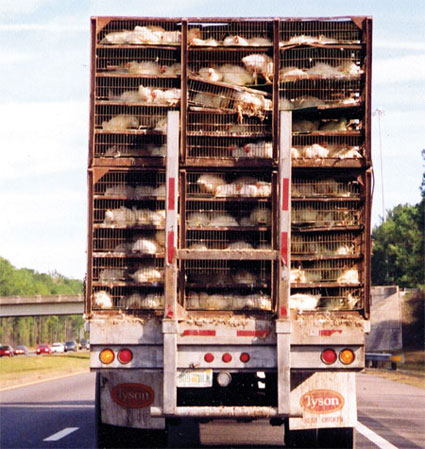 Chinese outlets are three quarters of KFC business. A number of factors
have caused the drop in profits at Yum Foods of Louisville Kentucky in the US
which owns Kentucky Fried Chicken (KFC), Taco Bell, Pizza Hut and other chains.

One is the worldwide boycott of KFC for unnecessarily brutal methods of slaughter in its suppliers.

Second is the outbreak of salmonella and of avian flu in the US, China and elsewhere.

In the US a number of Kentucky Fried Chicken outlets have closed permanently because of declining sales and in some cases health
inspection problems.

Salmonella outbreak in 18 US states caused by poultry

http:///mercyforanimals.org/hatchery chick males crushed to death in US machine

and other chains. It is based in Louisville Kentucky.