On Thursday November 31st, the Cambridge branch of the Fire Brigades Union called a strike from 6:30pm to around 11:30pm. 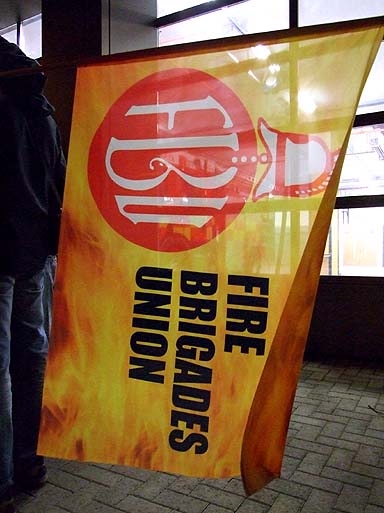 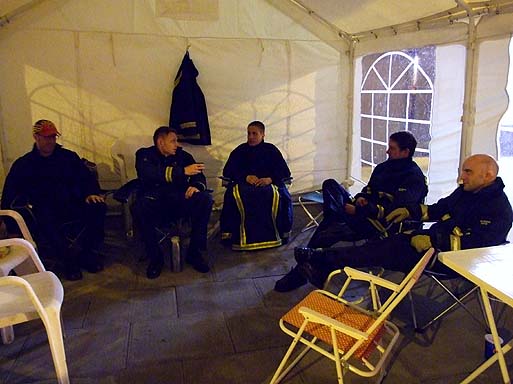 Seeking refuge from the rain! 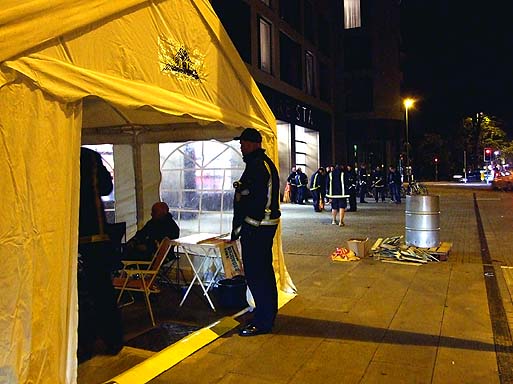 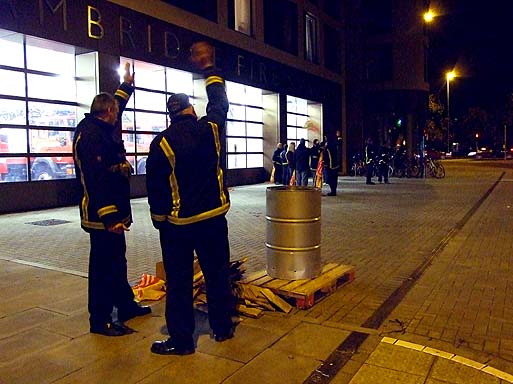 Fortunately it was a quite mild evening although there was some rain, but this had been catered for by erecting a small marquee on the Cambridge Fire Station hardstanding (see pictures).

The usual mainstream media alarmism was in evidence, but the reality is that the strike was actually about something quite common sense.

The government is attempting to raise the pensionable age of Firefighters to 60 years old, which although we all probably know of fit and healthy people of those years, it is also illogical to expect someone of that age to do a job as physically demanding - and frankly dangerous - as not only fending off searing flames, but also going into burning buildings to try and rescue trapped people!

Once again those cheapskates in Whitehall are trying to pinch pennies even in the face of (quite logical) evidence telling them they shouldn't.