On Friday November 8th about fifty people met at Arbury Community Centre in Cambridge to discuss the infamous Bedroom Tax. 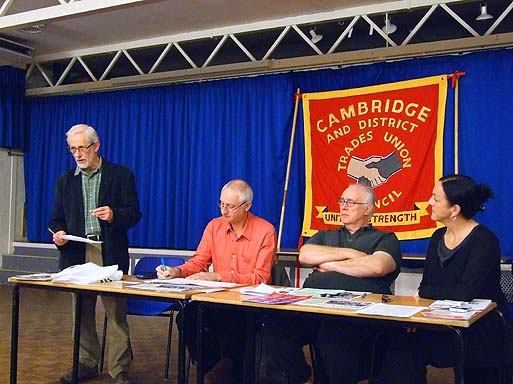 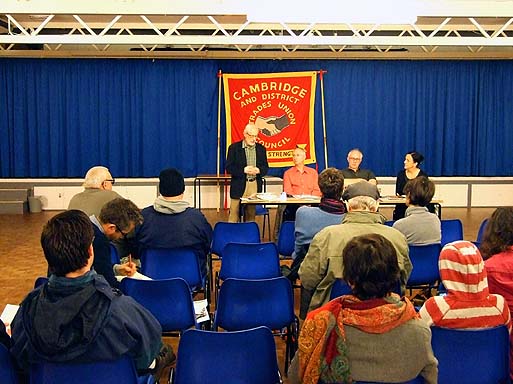 Not quite a full house, but still a good turn out. 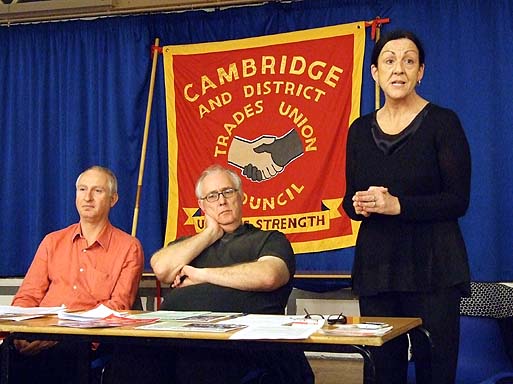 ...Which if course isn't actually called this, but is already bringing great hardship to many families up and down the country by pushing into debt tenants that previously that may have had an exemplary track record for maintaining payments on their bills.

If this nasty piece of social engineering was intended to save money it is having the opposite effect, as those who have been forced out of their council/social housing into the private rental market are now having to pay even more to a private Landlord to keep a roof over their heads.

This is nothing short of a war on the poor, which in itself is just one aspect of an all out assault by the Tories on our Welfare system in the UK, including imposing more sanctions and suspensions on JSA and DLA claimants by the likes of Seetec, A4e and ATOS.

The most spirited speaker being Liz, who urged all those present to fight the Bedroom Tax in the same they have in Leeds. She also attacked local Labour councillors countrywide for not doing enough to counter the worst side effects of the Bedroom Tax.

Some of the Leeds group's tactics have included physically barring Bailiffs from entering the homes of tenants threatened with eviction due to rent arrears created by Housing Benefit shortfalls under the Bedroom Tax regime.

It was also pointed out by John Marais that despite Cambridge City Council going on the record as saying there would be no evictions due to the Bedroom Tax, they have still somehow (mis)managed to issue threatening letters to local tenants!

It remains to be seen what will emerge from this meeting, but it was very that we can learn a lot from what the people of Leeds have already achieved.