Solidarity with Assange and Manning as Australia finally takes on the US and wins hands down!

As Australia geared up to meet the USA in the Rugby League World Cup 2013 quarter-final match in Wrexham last Saturday, we joined the crowds outside the ground to talk with fans about Julian Assange and Chelsea Manning, to sell raffle tickets for the football signed by Assange and collect donations to the Pvt. Manning Family Fund. Our last effort, at the Wales vs USA first round match on 3 November was covered prominently in the Australian magazine Rugby League Week. Text of article can be read in this post. 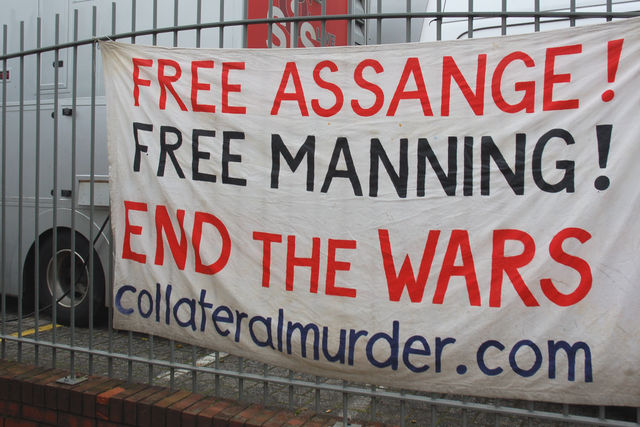 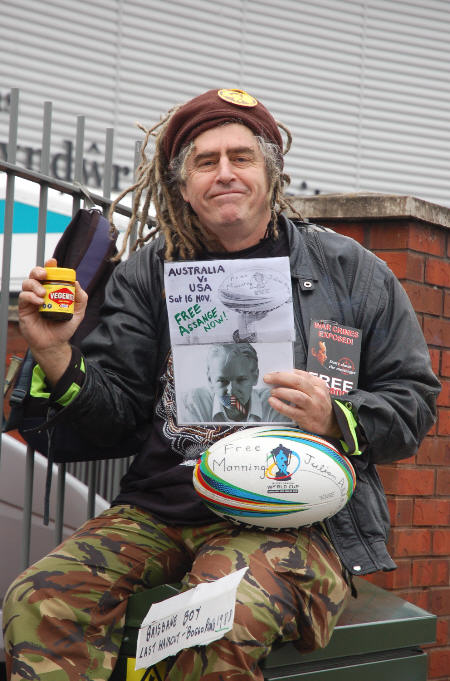 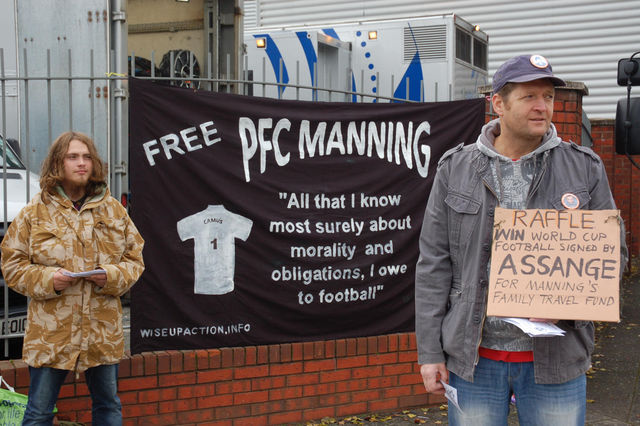 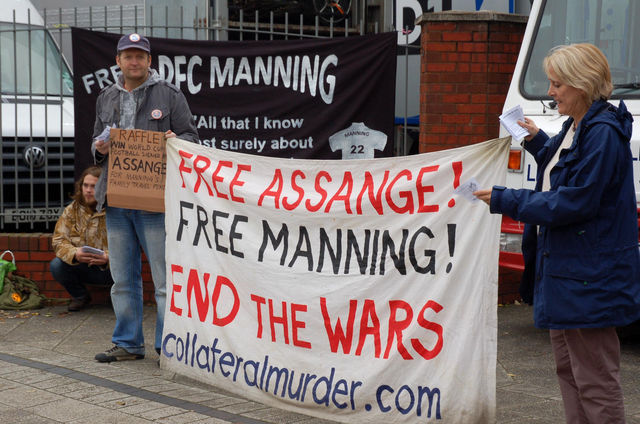 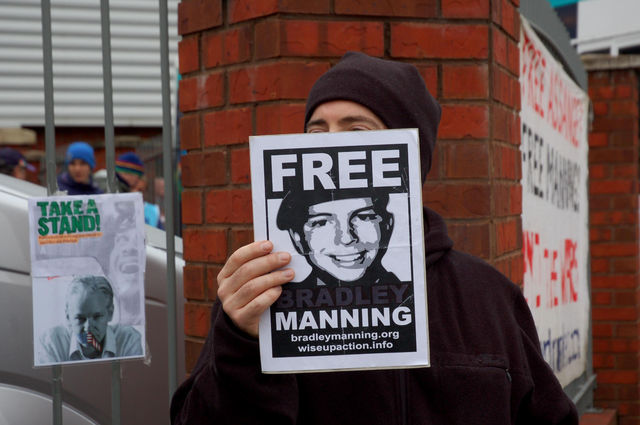 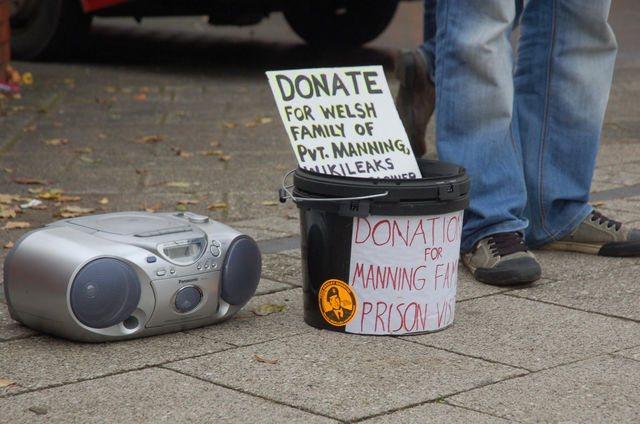 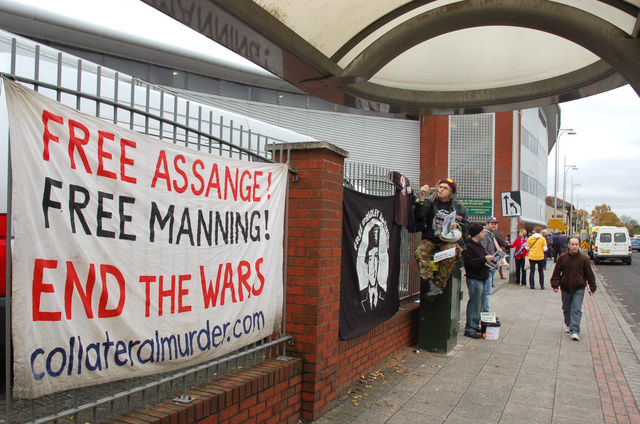 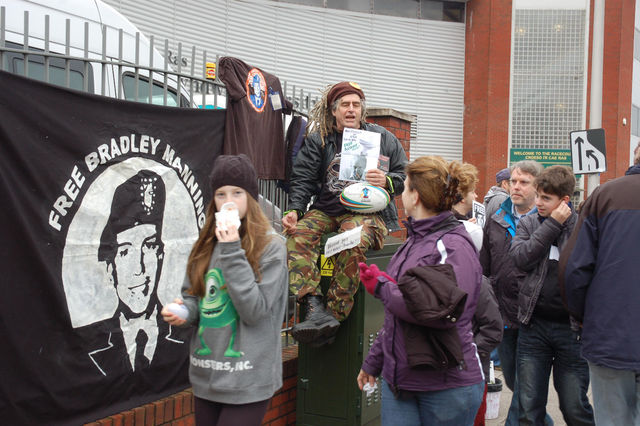 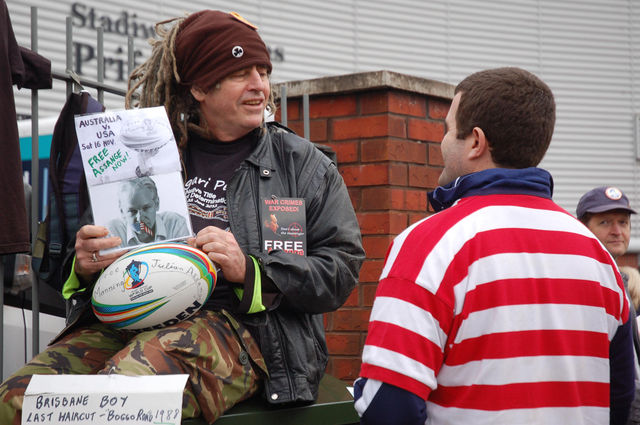 YouTube: Donate to support Chelsea Manning's family with the cost of prison visits.

Setting up on the pavement outside the Racecourse stadium a couple of hours before the match, Ciaron took the prop position at the front of our formation in an Aussie charm offensive with the signed rugby ball, an Assange postcard, placard and a jar of vegemite.

The two Daves and Greg took the second row with placards, raffle tickets and flyers.

Gill and the rest of us assumed the defensive positions (full back etc.) with the banners and more flyers. By the end of the morning, we'd handed out several hundred of these.

Aussie band Redgum playing at full volume on our ghetto blaster and a bucket for donations on the pavement completed the scene.

We stayed until everyone was safely in the stadium for kick off. Just as we were leaving, a soldier offered two unwanted match tickets so Chris and friend headed for the turnstiles and live action.

They weren't disappointed - the Kangaroos went on to win decisively over the Tomahawks, 62 nil. It's a pity the Oz government team hasn't been nearly so eager to take on the USA over its pursuit and persecution of Australian citizen Julian Assange and that so little has been done in support of Chelsea Manning, jailed for 35 years for refusing to remain silent over the empire's war crimes.

More photos from the vigil in this flickr set.