We've been in Dublin since Wednesday with Welsh members of Chelsea Manning's family, enjoying warm and enthusiastic Irish hospitality from AFRI and many others during three days of solidarity events, meetings, meals and media interviews. There are Irish connections on both sides of Chelsea's family: maternal grandfather from Rathmines, Dublin and one set of paternal great grandparents (both Mannings) from a village in Cork. Chelsea was flown out to Iraq via Shannon airport, the use of which by the US military compromises Ireland's supposed neutrality. There will be more to report back later, but for now here are a few photos from the visit and some links to other reports and news items. 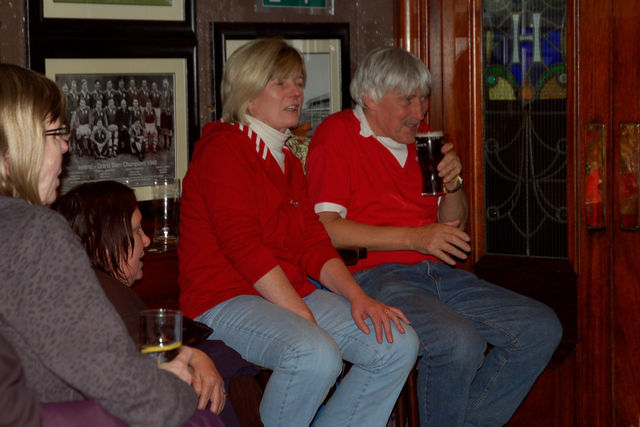 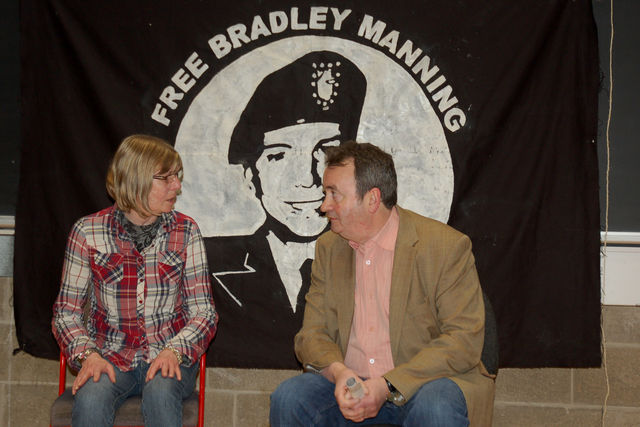 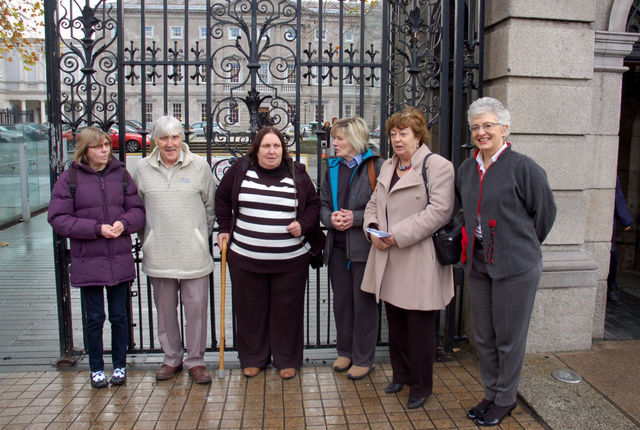 The family meets TDs at theDáil 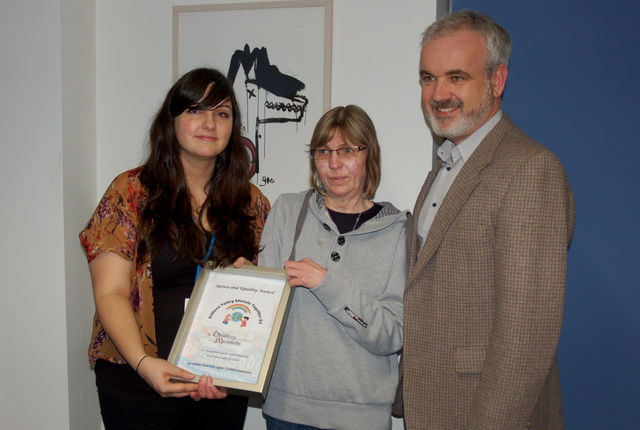 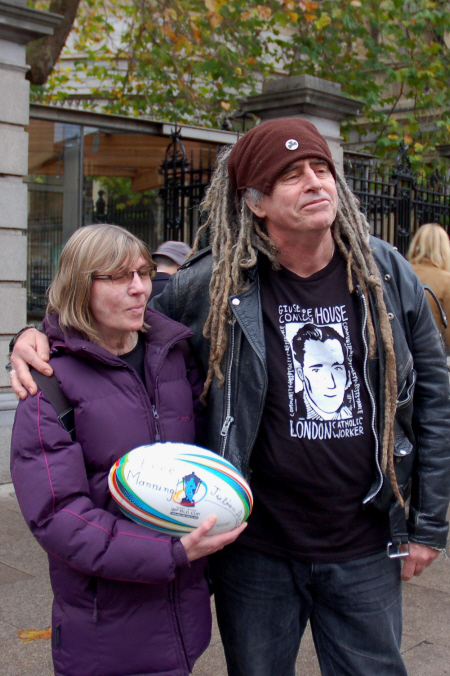 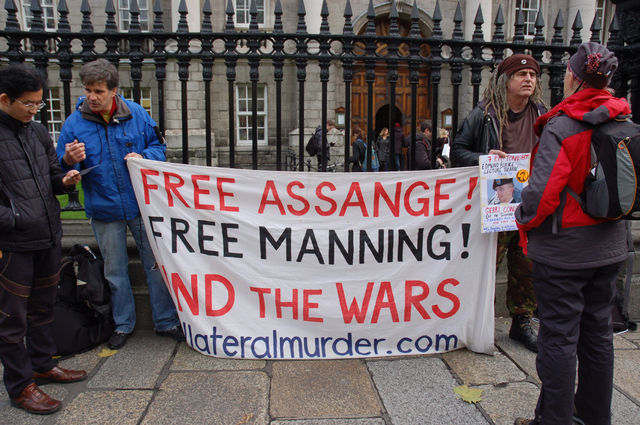 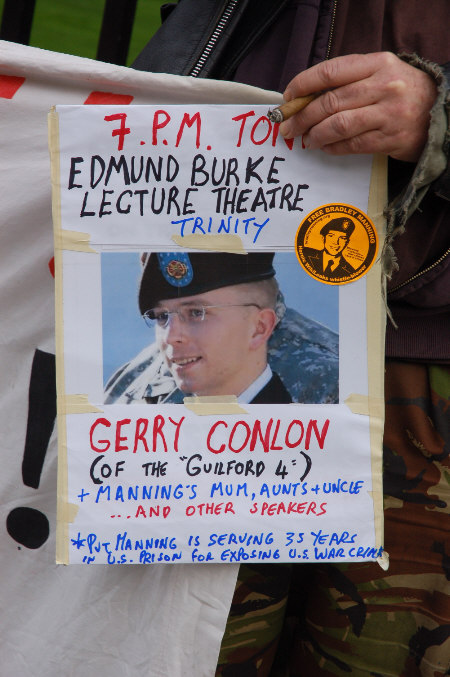 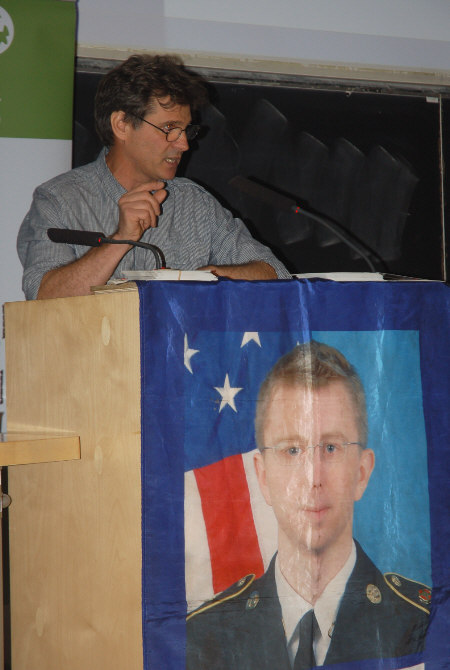 Catholic Worker Carmen Trotter from the US speaks at Trinity event 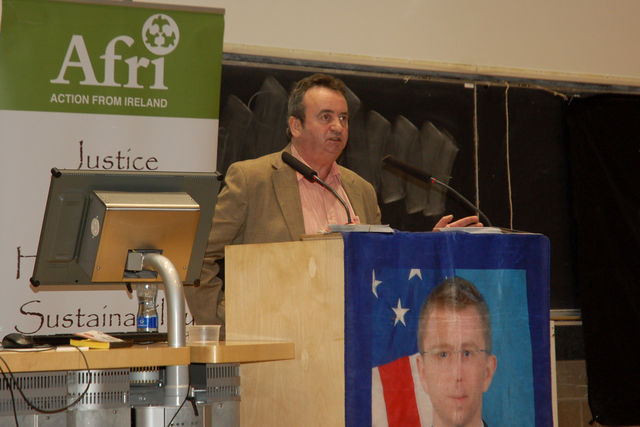 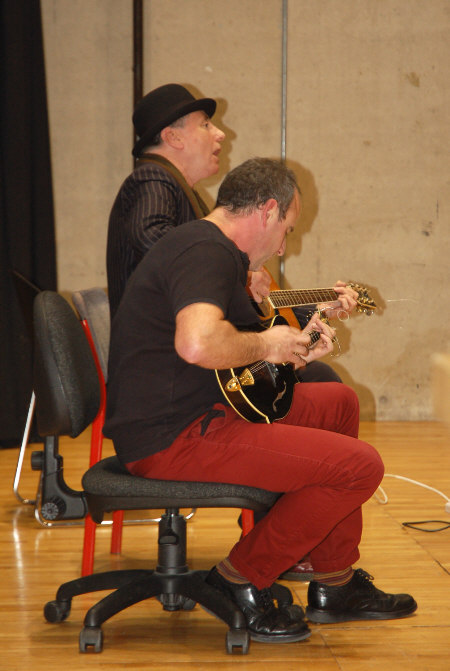 Gareth Peirce's address to the meeting: Link to YouTube video.

How to donate to support the family with prison visits: manningfamilyfund.org.

A few days left to enter our raffle to win a football signed by Julian Assange.

Other reports including mainstream media

Gender transition was a shock but we support her. Interview with Michelle Hennessy of online news service The Journal (Incorrect captioning of picture - Mary is Mary Murray, not Mary Fox).

Family of Chelsea Manning lobby TDs for her early release. Interview with Peter Murtagh of the Irish Times.

Family of Chelsea Manning Hoping to Connect with Irish Relatives. Report in The Journal.

Meanwhile, in the Edmund Burke Theatre on Broadsheet.

I'm humbled and inspired. I'm just back from meeting and interviewing Chelsea (formerly Bradley) Manning's mother and family. I'd been thinking for a long time about what Manning did and why she is being persecuted by the U.S government and ignored by others. What she did, as a young U.S soldier, was expose war crimes on innocent people in Iraq and is therefore a hero to many. Ask yourself, what would you do? (Watch the video Manning leaked here but be warned).

As her mother told me, Chelsea's 'crime' was to tell the truth and the family are all proud of that. Chelsea was bullied and isolated all her life and that continues to this day. They can't understand why she is not given a medal whilst the guilty parties continue in their jobs. I was really moved by meeting them. Nice gentle people who have suffered greatly and received little support.

Hopefully the people of Ireland will support them now starting with their evening in Trinity College Dublin tomorrow evening in the Edmund Burke Theatre at 7pm and/or by contributing via manningfamilyfund.org and by writing letters to Chelsea or finding out more at privatemanning.org.