Inside the paranoid Maoist cults of 1970s Britain

The couple accused in the case of alleged “domestic slavery” in London were reportedly the leaders of a tiny Maoist sect, the Workers’ Institute of Marxism-Leninism-Mao Zedong Thought, which had gone “underground” in the late 1970s. To understand how the Workers’ Institute ended up so far off the radar, we need to understand where they came from – the strange world of radical Maoist politics in 1970s London. 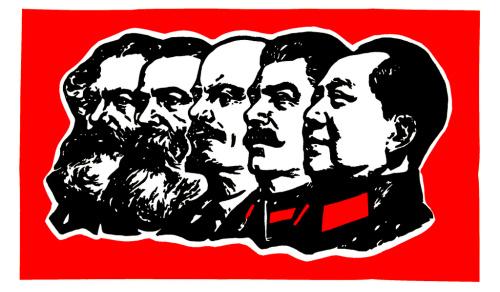 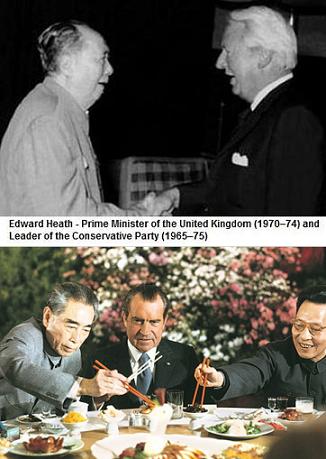 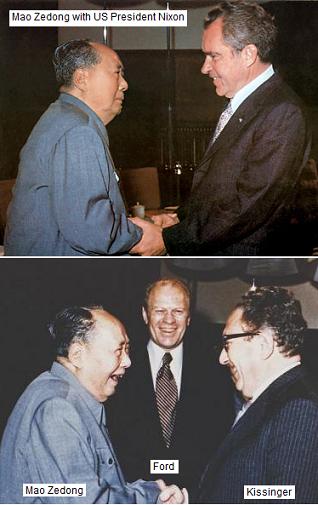 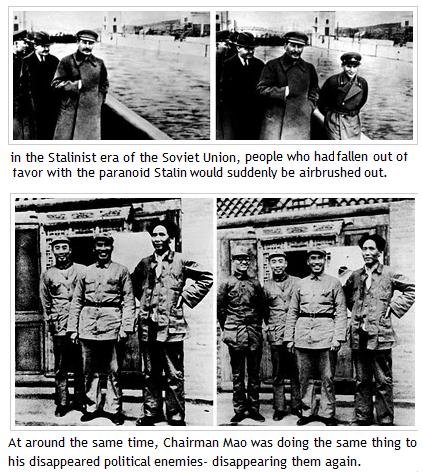 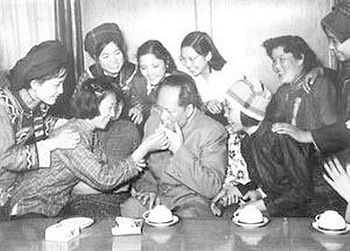 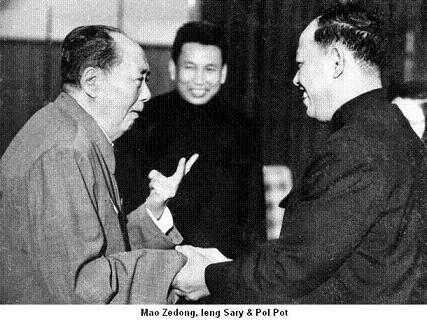 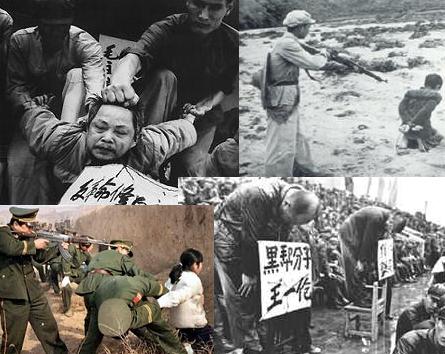 Maoism in Britain at that time was, to put it mildly, a very fragmented movement. Under the guise of “Marxist-Leninism” or “Anti-Revisionism”, Maoist groups had originally broken away from the Communist Party of Great Britain (CPGB) in the 1960s, believing it had become too moderate. As the Cultural Revolution gained pace in China, many of those disillusioned with the Soviet-inspired CPGB looked to Mao’s regime as a model for socialist revolution. But unlike the more prominent “Marxist-Leninist” groups at work in the USA, France and Germany, Britain’s Maoist splinter groups remained very small, especially compared with the various Trotskyist groups who made inroads into the student movement in the late 1960s.

By the early-to-mid-1970s, these “Marxist-Leninist” groups had fully separated from their Communist parent movements. They busied themselves selling their often impenetrable literature, holding discussion groups, and confronting police (who they believed were the repressive arm of the “fascist state”) at demonstrations. Most of the groups were inward-looking, and politically isolated from the rest of the British left. Unsurprisingly, they were unable to recruit many members.

One particularly confrontational group was the Communist Party of England (Marxist-Leninist), which was criticised by others on the far left for “political bankruptcy” and “political thuggery”. In 1974, one of this group’s leading members, Aravindan Balakrishnan, was expelled for forming a faction that “attempted to put themselves above the discipline of the Party”.
Comrade Bala strikes out

Between 1974 and 1976, the small number of followers that revolved around Balakrishnan (more commonly known as Comrade Bala) attempted to form “base areas” within working class districts (primarily inner South London) and worked in ordinary jobs. They avoided trade unions, whom they saw as corrupt agents of the “imperialist fascist bourgeoisie”.

Balakrishnan and his followers coalesced into the Workers’ Institute of Marxism-Leninism-Mao Tsetung (later Zedong) Thought. Whereas the CPE(M-L) had favoured confrontation with the police, the Workers’ Institute isolated themselves, distributing nonsensical reading material and occasionally disrupting other leftist gatherings – making them an even more marginal group.

In 1976, following Mao’s death, the Workers' Institute erected the Mao Tsetung Memorial centre at 140 Acre Lane, Brixton. The Centre ran films and lectures, but also functioned as a collective. As the Workers' Institute described themselves in a “report” produced for their conference in 1977, the centre had “thirteen core members living in the centre, half in paid work, six doing full-time revolutionary work, [including] a strong emphasis on women taking a leading role”.

The majority of the centre’s workforce was made up of former international students, which may explain the origins of the two elder women who claim they were held captive.

Other Maoist groups went through internal schisms as the regime in China shifted from Cultural Revolution towards reconciliation with the West and economic reform; some shifted their support to the regimes in Albania, North Korea or Cambodia. But the Workers’ Institute stuck to the Cultural Revolution line, proclaiming in screaming capital letters their adherence to “THE PROLETARIAN REVOLUTIONARY LINE OF CHAIRMAN MAO”.

The institute also maintained it wasn’t just a Maoist group, but a section of the Chinese Communist Party and that the CCP had “established covertly” the “INTERNATIONAL DICTATORSHIP OF THE PROLETARIAT”. Their castles in the sky amused rather than influenced the British left, and were satirised repeatedly in The Times.

The group’s documents show they were increasingly paranoid about the operations of the British government and police. As the group consisted of a number of former international students, there were several instances of members being arrested on deportation orders, and in March 1978, the police raided the Mao Memorial Centre.

The group claimed this involved “over 200 police”, including officers from the paramilitary Special Patrol Group, “under the pretext of searching for drugs”. The Workers’ Institute claimed the “fascist courts” had closed down the centre and jailed several members, while threatening others. In response, the group was to undertake “a new long march” and await the “great victory” of “our world Party”, which they predicted would happen in 1980.

Their paranoid beliefs meant the group’s “long march” effectively consisted of going “underground” and “off the grid”. It seems likely that the members of the group who remained were convinced to end all contact with others and maintain an intense level of secrecy. It has been reported that Balakrishnan, his wife, and the three women who claim they were held captive moved between several different properties, suggesting that they might have been moving between “safe houses” to escape detection.
Splinters from a fringe

There are two things worth noting about the Workers’ Institute and their decision to go underground in 1978. The first is that other revolutionary groups, such as the Weather Underground in the USA, the Red Army Faction in Germany, and the Red Brigades in Italy, reacted in a much more violent manner when confronted by the police. By contrast, the Workers’ Institute’s decision to wait in secret until the “great victory” was unveiled seems closer to the mindset of a religious cult.

The second is that, while the Workers’ Institute is an extreme example of this kind of paranoid and cultish behaviour, other groups on the British far left have acted in a similar fashion. The Workers’ Revolutionary Party, which had been the largest Trotskyist group in the 1950s and 1960s, was torn apart in the 1980s by allegations of sexual abuse against its leader Gerry Healy; its remaining factions went on to support the likes of Colonel Gaddafi and Saddam Hussein. The Revolutionary Communist Party, later to beget Living Marxism and then Sp!ked Online, were also accused of behaving in a bizarre and cultish manner in the 1980s and 1990s.

The Workers’ Institute of Marxism-Leninism-Mao Tsetung Thought emerged from a radical political landscape that had flourished in the late 1960s and early 1970s. But the group soon rejected the tactics used by other leftist groups and adopted an isolationist outlook, becoming cult-like and secretive. Their paranoia-inspired actions are a clear example of the dangers of clandestine, marginal groups. Despite superficial similarities to other leftist factions, the group was an anomaly on the British radical left. As long-term socialist activist Keith Flett wrote this week, “British Maoists [were] mostly good comrades and mostly harmless”.

- Sian Davies, mother of one of the London 'slaves' that escaped last week, graduated from LSE with former Prime Minister Tony Blair's wife in 1975

- She joined Maoist group and gave £10,000 of her inherited money to them

The woman linked to the slavery case who mysteriously died while living in a Maoist commune was at university with Cherie Blair, it has emerged.

Sian Davies graduated with a masters degree at the London School of Economics in 1975 alongside the wife of former Prime Minister Tony Blair who had studied law.

One of the world’s top universities, the Russell Group establishment’s alumni includes some of the world's top politicians including 12 Nobel Prize winners, two presidents of Colombia, the former prime minister of Nepal, and former American president John F. Kennedy.

While Mrs Blair, then Ms Booth, was called to the bar a year later, Ms Davies immersed herself in south east London’s Maoist community.

One of Cherie Blair's former contemporaries told the Daily Mirror: 'Sian was quiet and shy. There were a lot of strange groups operating around the university and it looks like she got involved with one of them.'

Ms Davies, who was privately educated in Wales before studying law at Aberystwyth University, died in 1997, seven months after she fell from the window of a Maoist home in Herne Hill, south London.

When she died, she had just £5 in her bank account and her only possession was a stash of Marxist literature, according to reports.

In 1970 she had received thousands of pounds when her father Alun died - but apparently spent most of it on funding the far-Left movement based in South London.

It has also been claimed that Ms Davies' family, from whom she was enstranged, were so worried about her being exploited that they froze her bank account.

She was living with cult leader Aravindan Balakrishnan and his other followers.

Three other women, including Ms Davies' daughter Rosie, who has lived with the sect her whole life, escaped the property last week.

They were yesterday interviewed by police for the first time as officers investigate whether Balakrishnan, known as 'Comrade Bala', and his wife Chanda should face charges.

Ms Davies, who was 44 when she died, was brought up in a middle-class family in North Wales and attended the prestigious Cheltenham Ladies' College.

She was drawn in to the Workers' Institute of Marxism-Leninism-Mao Zedong Thought after she moved to London for university in 1977.

The group relied on her inheritance to fund itself for many years, leaving her almost penniless, according to the Guardian.

The Maoists were apparently based for a time in a house in Battersea owned by Ms Davies, before she gave them £10,000 to lease their headquarters in Brixton.

Her family were unaware that she had had a daughter while living with Balakrishnan, and were not told that she had been left paraplegic after falling from a second-storey window.