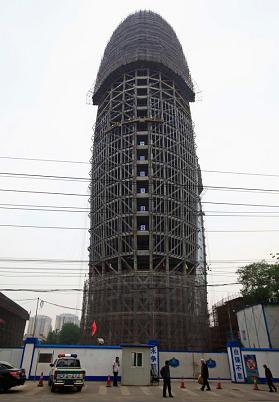 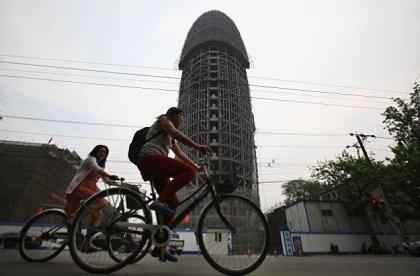 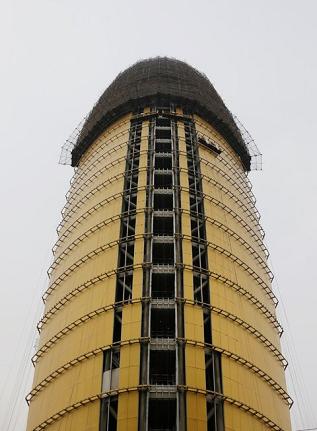 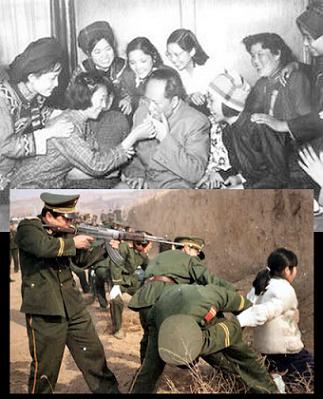 The Chinese government doesn't want to hear any wisecracks, so it's blocked certain websites from saying the obvious.

Apparently, after thinking long and hard, the mouthpiece for China's Communist Party was cocksure that the erection of a new headquarters would be warmly received — but they blew it.

The new building for the People's Daily newspaper, still under construction, has attracted more attention online for its suggestive shape than sound engineering.

Internet users came up with jokes about the phallic structure. Others rose to the occasion by juxtaposing shots of the new building with another Beijing landmark, the China Central Television headquarters, which is nicknamed the "Underpants Building" and has a large opening.

The sex jokes are not exactly deep, but government censors do not want any anatomy wisecracks. Period.

China's state media already has a tight grip on what the country's people watch, see and read.

Results for "People's Daily building" on micro blogging website Sina Weibo have already been blocked. Instead, browsers get the following message, "In accordance with relevant laws, regulations and policies, search results cannot be displayed."