The mysterious Anarchist start up group known as The Black Rose Syndicat which has been at the centre of many recent expose articles has morphed into a new group known as the Syndicat a La Black Rose with dance music artist Lady Gaga as it's self appointed queen. 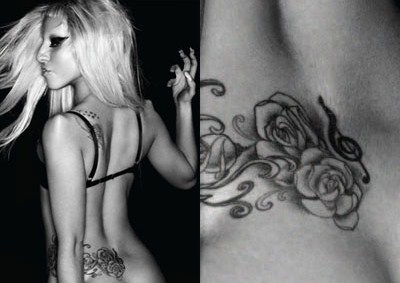 The mysterious Anarchist start up group known as The Black Rose Syndicat which has been at the centre of many recent expose articles has morphed into a new group known as the Syndicat a La Black Rose with dance music artist Lady Gaga as it's self appointed queen. Well according to their facebook page Gaga presence may be only short lived with the other members of the Syndicat on a Christmas sabbatical.

The Black Rose Syndicat had been the focus of local activist speculation as to who was really behind the organisation with Melbourne based Anarchist who earlier in the year attempted and failed to recruit the Syndicat into the Anarchist federation attempting to write an expose piece for the Labor Party online journal New Matilda.

It seems like both the local press, international terrorism expect and local activists have all got the purchase and the membership of the Syndicat wrong. If it is true that Lady Gaga is a member of an Internationally based Black Rose Syndicat or Syndicat a La Black Rose as it is now known is she planning as reported in the Australian media bringing her global push for marriage equality laws to G20 during her Australian tour?

What we are sure of is that the Syndicat has definitely changed its focus during Lady Gaga's brief time in the throne. Gone are the photos of drunken punks passed out on the footpath, gone is the Oi Polloi Album cover Alive and kicking as gone are a myriad of other Anarchist articles. In their place are is a Gage selfie dressed in black wearing a tiara and with a cover picture of Gaga and two dancers dressed as punks with Gaga in vinyl studded punk jacket emblazoned with an anarchist symbol and the words GISM and Anonymous Anarchy.

To add to this the are a series of pics of Gaga both getting and showing of her Black Rose Tatto accompanied with the quote 'My Black Rose Tattoo on the left side of course'. There is also pics of a Black Rose tag with the accompanying song title Born this Way and another one with Gaga dressed in an oversized Black Rose hat that matches a Black rose decal that was being sold by the Syndicat up until a week ago.

Gaga has also uploaded to the Syndicat's Facebook page an unreleased track called Remix Night from YouTube that dates back to 2010. This clip is titled as a collaboration between Lady Gaga Romanian Singer Inna and Black Rose. The accompanying photos for this unreleased track feature only Gaga and Inna. Gone also are the Anonymous banners that once appeared.

Notably the facebook page still contains the Wikileaks articles previously published inclduing one calling Bradley/Chelsea Manning a national hero. Gaga has taken a perosnal interest in Manning case due to her outspoken political activism of LBGT rights. It is interesting to note that a New York Daily News article in 2010 claimed that Bradley/Chelsea Manning was planning to unleash Globalised Anarchy through Lady Gaga's music.

The Black Rose Syndicat whilst they were still around did attempt to qualify their reported statements from here on Indymedia that were misreported by the Courier Mail of bring Chaos and Mayhem to the streets of Brisbane. They claimed on Brisbane based Anarchists blog disaccords that they were misquoted with it being CAOS and Mayhem that they would be bringing to the streets of Brisbane. They added that CAOS was the Canberra Anarcho Syndicat and that Mayhem was a punk band that they were planning on forming to hold a protest at the G20 meeting. Sadly the proprietors of dissacords have deleted the post.

If these plans do go ahead the Black Rose Syndicat promise to make the Brisbane G20 protests the largest ever and to shut down the G20 by bringing CAOS and Mayhem to the streets of Brisbane may just eventuate. Not only would the streets of Brisbane be field with Anarchists, Communists and Socialists as well as unionists and members of Outlaw Motorcycle gangs the would also be filled filled with tens of thousands of young music fans coming to see their idol for free. Just how would the Queensland Police with a force of only the emergence of such a scenario?