This is a review of Danny Schechter's new book on Nelson Mandela who sadly passed away so recently. The review is written by author and historian Alan Wieder. 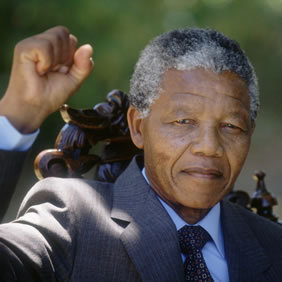 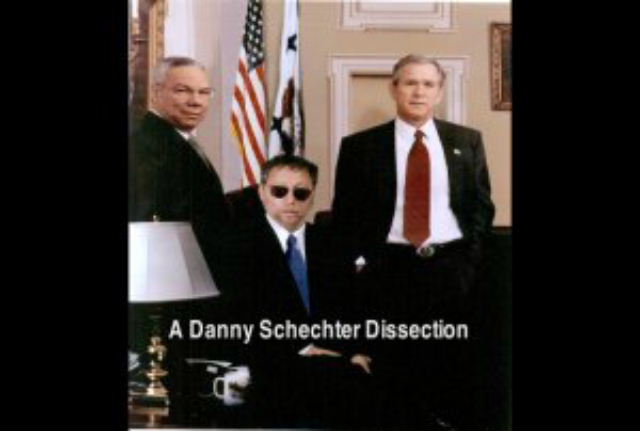 Conceptually, Madiba A to Z: The Many Faces of Nelson Mandela (Jacana Media, (South Africa), Seven Stories Books (United States), 2013) appears to be a simplistic format, but thankfully, the book is both thoughtful and inclusive. Written by Danny Schechter, it is connected to the recent release of the movie, Long Walk to Freedom, and Schechter’s forthcoming documentary film, Inside Mandela: The Making and Meaning of Nelson Mandela’s Story. Topical sections are broad and eclectic, but it is Schechter’s willingness, using interviews with Mandela comrades, journalists, scholars, and actors in the film, to tell Madiba’s story(s), the complexities of Mandela as revolutionary, politician, and much, much more. As an oral historian who has worked with and collaborated with people to tell the stories of South Africans who fought the apartheid regime, I am very impressed by Danny Schechter’s ability to include the recollections and reflections of people he spoke with while researching his book.

It is also important not to underestimate Schechter’s own credentials, both within the South African struggle and as a political journalist. The former is addressed briefly in the book, but the story of Schechter going into South Africa in the mid-sixties as part of the African National Congress’s propaganda campaign is told in more depth through his chapter in the book, London Recruits. In addition, Schechter’s work as a journalist in South Africa, the United States, and throughout the world is unassailable. Madiba A to Z addresses Nelson Mandela’s emotional and political lives. The book honors Madiba, but it also speaks to the personal and political complexities as well as the great man’s flaws. While I will not speak to everything from A to Z in the book, there are various issues that I will touch in this review.

madibaAccording to Schechter his goal was to help people “join the conversation at a deep level.” One of the first themes that stands out in the book is that Nelson Mandela viewed himself as a comrade – the work of the struggle, negotiations, and governing was collective. There are stories of camaraderie throughout the book – within the struggle, from prison, and also during negotiations with the apartheid regime. Schechter relates a story from Mandela’s university days when he would spend evenings in conversation at Ismail Meer’s flat, the political hub at the time. Various people might be in attendance including Ruth First and Joe Slovo, whom Schechter writes of at various times in the book. There was intense political discussion and organizing, but Mandela spoke holistically of being with comrades. “There we studied and even danced until the early hours of the morning, and it became a kind of headquarters for young freedom fighters.”

Ronnie Kasrils, who has recently questioned aspects of both the negotiations and the early economic decisions of the post-1994 government, presented a comprehensive portrait of the comrade Mandela within the struggle against apartheid.

He was a man of defiance. He led the masses in militant struggle, and he led us in armed struggle. This is conveniently forgotten under the olive branch of Mandela the Saint. If one has to understand him in total, you’ve got to look back to the man who with his colleagues, with his contemporaries, created this ANC, led our people through chapters of struggle, and then at a crucial point when nonviolent struggle became an impossible way to change the system, putting his head together with others, including with young people and the rank and file, was saying, “We’ve got to find another way and now we need to rise up with weapons.”

On being a comrade, Schechter also spoke with Verne Harris, who directs research at the Nelson Mandela Centre of Memory.

It’s a tension that has played out inside of him too because there’s part of him that enjoys the adulation, there’s vanity. He enjoys the crowds and the elevation. But there’s another part that precisely feels uncomfortable with that. “I’m part of a collective, I’ve always relied on others, I’ve had mentors, I’m part of a movement.” It’s complex.

Finally on the same topic, the book quotes Mandela.

A cardinal point that we must keep constantly in mind, the lodestar which keeps us in course, as we negotiate the uncharted twists and turns of the struggle for liberation is that the breakthrough is never the result of individual effort. It is always a collective effort and triumph.

There are more examples and they all lead to questions for today – what does comrade now mean and what are the ANC connections with people on the ground?

Besides comprehensive themes there are snippets-so-to-speak – insights on Madiba throughout Schechter’s book. The first chapter is titled “Athlete” and among other things it addresses the competitiveness through a prison visit story related to Schechter by Mandela’s long-time lawyer and friend George Bizos.

So they brought a wonderful tray of sandwiches and I noticed that I was having more sandwiches than Nelson was having. And I said, “Why aren’t you having more?” He then said that someone – I don’t remember who – had beaten him at tennis a couple of days earlier, and he had decided to become fitter in order to take his revenge.

On one occasion during negotiations competitiveness corresponded to both morality and the struggle. The event occurred at a public meeting where speeches were given and President de Klerk positioned himself to talk last. Madiba had already spoken and de Klerk used his time to attack the African National Congress. Nelson Mandela was furious and strode directly to the microphone when de Klerk finished. Sahm Venter, who works at The Nelson Mandela Centre of Memory, remembered the moment. “He just got back up on the stage and let him have it, you know, cutting him off at the knees. He could do that. I think he stands with a great deal of moral authority.”

Madiba From A to Z includes an exemplary oral history of Mandela’s release from prison by combining Pippa Green’s journalism with the voices of Trevor Manual, Archbishop Tutu, Dullah Omar, Thabo Mbeki, and Jay Naidoo. The release story is also the perfect bridge from prison to negotiations with the apartheid regime. When Richard Stengel, the ghostwriter of Long Walk to Freedom, asked Mandela about the greatest affect of prison, he responded, “I came out mature.” Archbishop Tutu spoke with Schechter.

He grew in his magnanimity. He became able to put himself in the shoes of the other…. When he came out, only someone like him could have said to – especially these young angry types – that no, we’ve got to go for negotiations. Very many of them had expected that they were going to march into Pretoria at the ends of the barrels of their guns.

The book is arguably most thoughtful when discussing Madiba’s role in negotiations with the apartheid regime. Schechter writes about early talks that Mandela took part in while still in prison, and is careful to remind his readers that there was contact, through his lawyer, George Bizos, and also eventually by phone from prison, with Oliver Tambo and I would add sometimes Joe Slovo. Schechter also addresses come of the criticisms of the formal negotiations, specifically from Ronnie Kasrils, but also provides the counterpoint through journalists Shaun Johnson and Allister Sparks. Johnson argues that without the compromises that Madiba initiated, again with comrades, the country would have descended into civil war. Sparks has written most prolifically on the negotiations – his book is entitled, The Mind of South Africa: The Rise and Fall of Apartheid. Sparks strongly asserts, “The idea that Mandela sold out is absolutely rubbish.”

The chapter called “Negotiator” captures Nelson Mandela’s economic twists and turns – both in negotiations and as the President. Opposing lead negotiators Cyril Ramaphosa and Rolf Meyer are introduced and one of the critics of the new South Africa’s free market economic plans, Patrick Bond, is quoted at length. We are reminded of Madiba’s early assertions of nationalizing the mines and the banks, and also of Sampie Terrenblanche’s story of Mandela’s weekly lunches with Harry Oppenheimer, the CEO of Anglo American. In addition, we are reminded of the agreements with the IMF as well as American businessmen and others at the Davos World Economic Forum, having a great effect on Mandela changing as a “free marketer.” The chapter ends with critiques of the position from Kasrils and Jay Nadoo.

There is so much to learn about Nelson Mandela in this book – things that were yet to be written. While internationally there has been both disappointment and criticisms of President Mandela’s addressing HIV-AIDS, we learn in this book of his apologies to the AIDS activists upon leaving office as well as his attempts to influence President Mbeki on the issue.

We learn of powerful non-public actions that Mandela took – honoring, helping, and celebrating individuals whose names we don’t know. Yet, while Danny Schechter’s book honors Madiba, the author does not shy away from the critiques.

There is some irony, of course, in the fact that Madiba A to Z was released just before Nelson Mandela died. In a chapter entitled “Onward,” Schechter opines on how the memorialization would play out. We now know the breadth of eulogies and articles – mostly of course honoring and some making Madiba a saint not a man. Danny Schechter does treat Nelson Mandela as a man – a great man, but a man. This is a book with new insights on Madiba, quite incredible because the list of prior books and articles is vast. The book is special because the format, laying out Madiba A to Z, clearly facilitates the portrayal of the complexities of Nelson Mandela.

Alan Wieder is an oral historian and the author of Ruth First and Joe Slovo in the War Against Apartheid (Monthly Review Press, 2013) He can be reached at:

alanwieder@gmail.com. Read other articles by Alan.

This article was posted on Saturday, December 21st, 2013 at 6:00am and is filed under Book Review, Resistance, South Africa.