Man Made Climate Change We Can Prove.

My heart goes out to you Canada 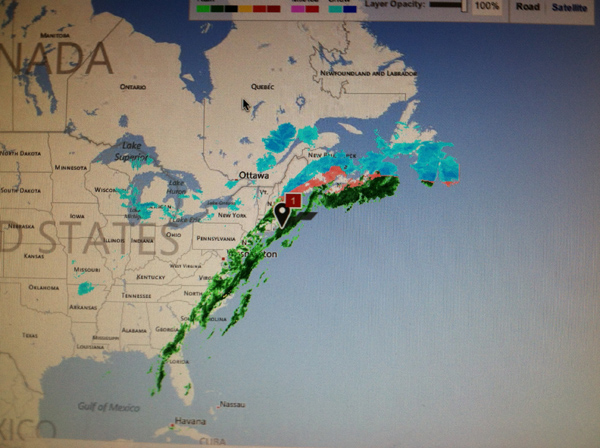 Man Made Climate Change We Can Prove.

My heart goes out to you Canada but there is a direct correlation between the Alberta Tar Sands and the ice storm that just kicked your ass. I Beg You Canada End the Tar Sands Now!

The direct correlation between the tar sands and the recent ice storm that kicked Canada's ass is the oil industry and to be found more directly in the Gulf Oil Spill and the Tar Sands. The Gulf Oil Spill thanks to BP spraying Cordex on all the floating oil slicks that didn't make it to the shore, turned the entire gulf into a super solar panel. This caused a radical increase in the Gulf's absorption of heat from the sun, spiking Gulf surface temperatures upwards of ten degrees in many locations. This is causing a radical increase in evaporation of Gulf water into the atmosphere pushing it much higher into the atmosphere and creating giant freight train of warm moisture being pushed northeast through central and eastern Canada into the north Atlantic bringing the worst weather the UK has seen ever. The Tar Sands, also behaving as an enormous solar panel are creating a vortex of heat convection into the northern skies pushing the cold air higher causing the cold air to travel deeper into the southern US before it can sink down to the earth. Both these man made vortexes of heat have succeeded to drag the Jet Stream with this man made climate change.