Prince Charles: "The banality of evil"

"Prince" Charles is one person who really does know what is going on. He epitomizes the "banality of evil". Prince Charles should stand trial, along with the rest of the war criminals, in the criminal U.K State. A jury of the people will have no difficulty understanding that Prince Charles is not ignorant of law, and that business interests have nothing to do with religion. 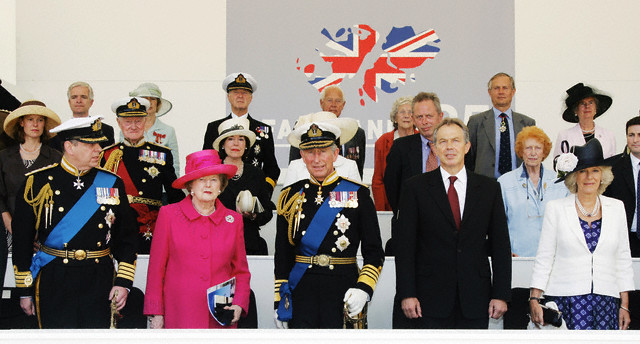 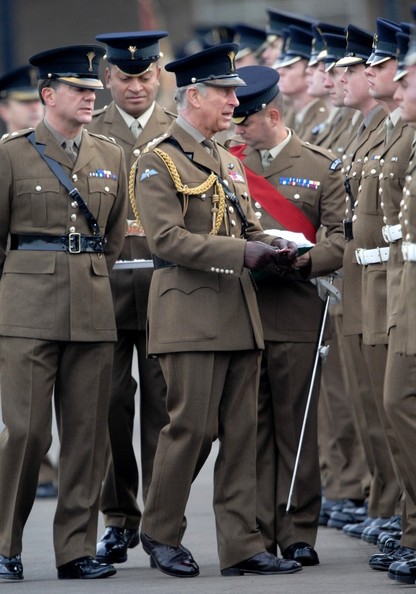 
Prince Charles: "The banality of evil"

"Prince" Charles is one person who really does know what is going on.

He epitomizes the "banality of evil".

Prince Charles should stand trial, along with the rest of the war criminals, in the criminal U.K State.

A jury of the people will have no difficulty understanding that Prince Charles is not ignorant of law, and that business interests have nothing to do with religion.

A Syrian Bishop did not quote religion over war. A Syrian Bishop quoted law, to defend themselves from Prince Charles', western backed extremists, including his own sons.


Prince Charles, along with his mother and father, do remember that the Australian Aborigines were in ...Australia, long before they were butchered by money worshipping westerners like Prince Charles & Co.

Christianity is beginning “to disappear” in its own birthplace after 2,000 years because of a wave of “organized persecution” across the Middle East, the Prince of Wales has warned.

In an impassioned intervention, he said that the world is in danger of losing something “irreplaceably precious” with communities tracing their history back to the time of Jesus now under threat from fundamentalist Islamist militants.

Speaking openly of his own Christian faith, he said he had become “deeply troubled” by the plight of those he described as his “brothers and sisters in Christ”.

Prince Charles (was) accompanied by Prince Ghazi bin Mohammad of Jordan (2nd right) during the visit, celebrating Christian communities from the Middle-East in Britain.

And the Prince, a long-standing advocate of dialogue between religions, voiced personal dismay at seeing his work over the last 20 years to “build bridges and dispel ignorance” being deliberately destroyed by those attempting to exploit the Arab Spring for their own ends.

He devoted a Christmas reception for religious leaders at Clarence House to draw attention to the threat Christians have come under in recent months across Egypt, Syria, Iraq and other parts of the region.

In a calculated display of unity, he delivered his comments flanked by Prince Ghazi of Jordan and joined by the Archbishop of Canterbury, the Most Rev Justin Welby, the Roman Catholic Archbishop of Westminster, the Most Rev Vincent Nichols and the Chief Rabbi, Ephraim Mirvis.

It came at the end of a day in which he heard vivid personal testimony from Middle Eastern Christians who have fled to the UK as he visited the London cathedral of the Syriac Orthodox Church and the Coptic Orthodox Church centre in Stevenage, Herts.

Clerics spoke of a new era of “martyrs” as one Syrian man clasped his hands together pleading with the Prince for help. Another showed him mobile phone pictures of the destruction in his own village.
In his address the Prince urged Christians, Muslims and Jews to unite in “outrage” as he warned that the elimination of Christianity in much of the region in which it developed would be a “major blow to peace”.

“I have for some time now been deeply troubled by the growing difficulties faced by Christian communities in various parts of the Middle East,” he said.

“It seems to me that we cannot ignore the fact that Christians in the Middle East are increasingly being deliberately targeted by fundamentalist Islamist militants.”

In a reference to the Christmas story, he added: “Christianity was literally born in the Middle East and we must not forget our Middle Eastern brothers and sisters in Christ.

“Their church communities link us straight back to the early church as I was reminded by hearing Aramaic, our Lord's own language spoken and sung just a few hours ago.

“Yet today the Middle East and North Africa has the lowest concentration of Christians in the world - just four per cent of the population and it is clear that the Christian population has dropped dramatically over the last century and is falling still further.

“This has an effect on all of us, although of course primarily on those Christians who can no longer continue to live in the Middle East.

“We all lose something immensely and irreplaceably precious when such a rich tradition dating back 2,000 years begins to disappear.”

Speaking personally, he added: “For 20 years I have tried to build bridges between Islam and Christianity and to dispel ignorance and misunderstanding.

“The point though surely is that we have now reached a crisis where the bridges are rapidly being deliberately destroyed by those with a vested interest in doing so.

“This is achieved through intimidation, false accusation and organised persecution including upon Christian communities in the Middle East at the present time.”

Prince Ghazi emphasised the importance of Christianity to the Arab world.

“Christians were present in the Arab world 600 years before Muslims,” he said.

“Indeed, Arabs were perhaps the first non-Hebrew Christians in the world, and became Christians during Jesus Christ’s own lifetime.”