Coca-Cola publish photos of protest against themselves

On Saturday December 21 ten human rights activists launched a surprise demonstration against Coca-Cola, at the Coca-Cola truck marketing event in Brighton, United Kingdom. The group were demanding that Coca-Cola, as a sponsor of the coming Olympics in Sochi, break their silence on Russia’s homophobic laws. This week, Coca-Cola published official photos of part of the demonstration via their CokeZone website. 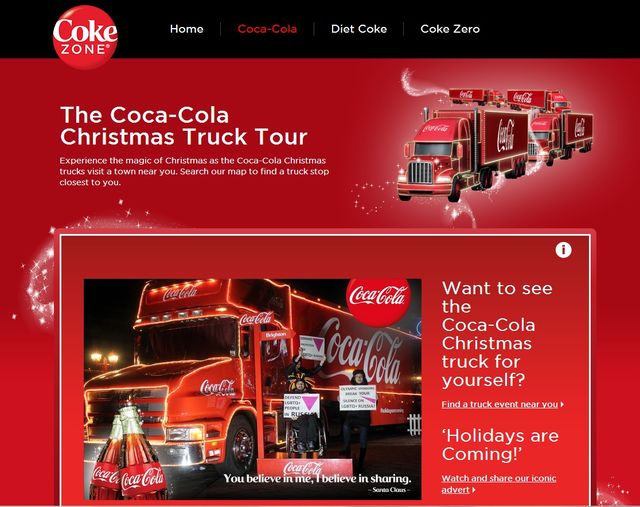 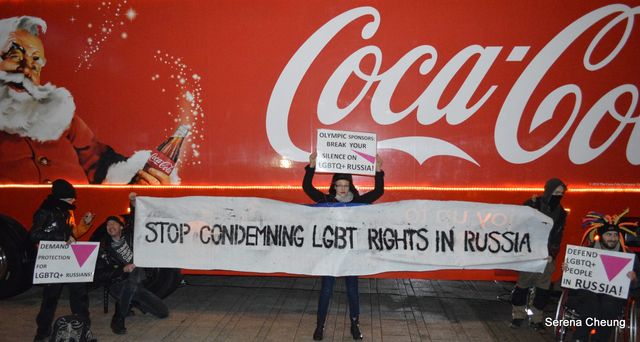 The placards read: “Olympic sponsors break your silence on LGBTQ+ Russia!”, “Defend LGBTQ+ people in Russia!” and “Demand protection for LGBTQ+ Russians!”. We wonder if these demo photos will remain online as attention is drawn to them worldwide, or whether Coca-Cola will seek to silence the demonstrators’ call for equal rights.

Whilst Coca-Cola may be the “best place to work for LGBT equality“, they seek to benefit financially from sponsoring an event in a country which actively oppresses LGBTQ+ people through new anti-gay laws.

Since Putin passed the law against the “propaganda of nontraditional sexual relations to minors”, Russian LGBTQ+ citizens have seen homophobic and transphobic violence against them increase, whilst police stand by or even arrest the victims of assault. These laws victimise LGBTQ+ people and validate violence towards us in a country where people are increasingly angry at a multitude of oppressive measures from the government.

You can help raise awareness and put pressure on Coca-Cola by sharing this post, sharing the photos linked above on Facebook and Twitter, and sign a petition such as this one to demand Coca-Cola speak out. We’ll also be targeting other sponsors and demonstrating at the opening ceremony of the Olympics, so keep in touch with us via Facebook at

See more photos of the demonstration (not published by Coca-Cola!) at

Here’s me protesting at the Coca-Cola truck after we did the official Coca-Cola photo shoot!