A visit to Ireland last November by the Welsh family of imprisoned whistleblower Chelsea Manning, has inspired the setting up of new festival in Wales. ‘The Manning Truthfest’ was conceived by award-winning Irish actor and playwright Dónal O’Kelly after he heard Manning’s family speak about the soldier’s 35 year prison sentence for providing Wikileaks with material exposing what many believe to be U.S war crimes in Iraq. 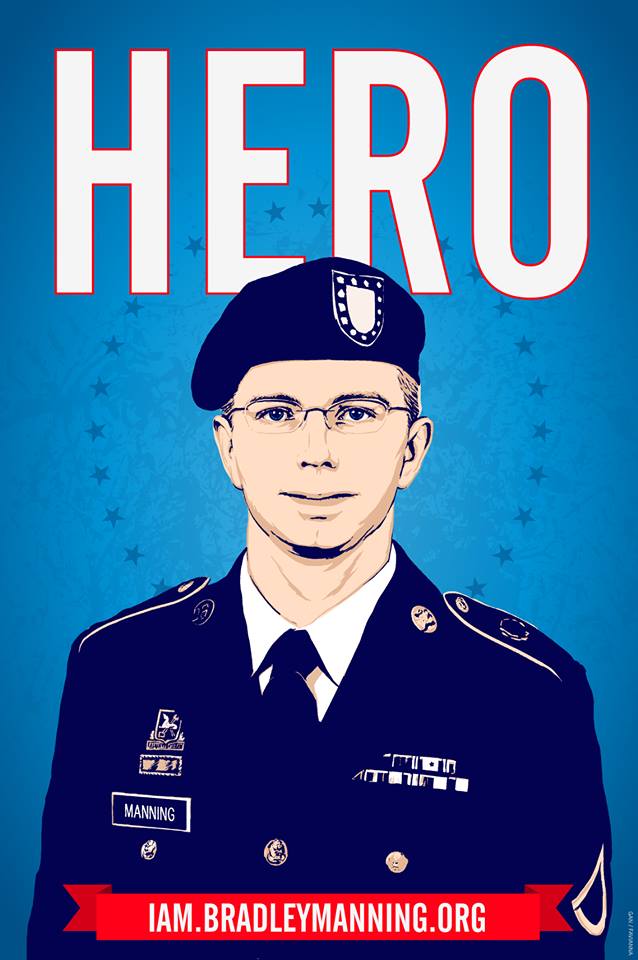 “I was moved and inspired by the incredible testimony of Private Manning’s Welsh family. They are an ordinary family that has suffered incredibly and I wanted to do something to show my support and allow others to show theirs.” said Dónal.

The idea was to bring Irish supporters, including musicians, actors and artists, to the Welsh town of Haverfordwest, which is where Private Manning’s mother is from and where the 26 year old solider went to secondary school.

The connection has additional resonance given Manning’s ancestry, which includes links to Rathmines in Dublin and Schull in Co. Cork. Although the family has visited Ireland several times, Private Manning’s only Irish visit was through Shannon airport on route to Iraq.

According to Joe Murray from Afri, the large contingent of Irish people travelling to Wales this weekend is evidence of the high levels of support for Private Manning that exist in Ireland.

“Senator Norris is correct in his suggestion that Private Manning should be considered for the Nobel Peace Prize. We want to remind the people of Wales that people all around the world are proud of Private Manning. At a time when people everywhere are calling for transparency on what is being done in their name, Manning did us all a service and is paying a heavy price for demonstrating tremendous courage and conviction."

"Irish people know this and the least we can do is to celebrate this courage and to campaign for Private Manning. This is especially true in an era where President Obama has jailed more people under espionage laws than any other U.S President in the last one hundred years. Meanwhile, at Nelson Mandela’s funeral, he said that too many leaders were claiming solidarity with Madiba’s struggle for freedom, but not tolerating dissent from their own people. The irony hasn’t been lost on people but we’re hoping that 2014 ushers in a new period where peace and democracy are truly valued." said Mr Murray who is attending the festival.