As the National Farmers Union (NFU) prepare for their annual conference in Birmingham, campaigners against the badger cull are getting ready for 2 national protests in the city centre.

Animal lovers, wildlife enthusiasts, hunt sabs and animal rights campaigners from all corners of the UK are expected in Birmingham for a march and rally on Saturday 22nd February and a static protest outside the conference on Tuesday 25th February.

Read on for further details of both events and please attend if you possibly can. 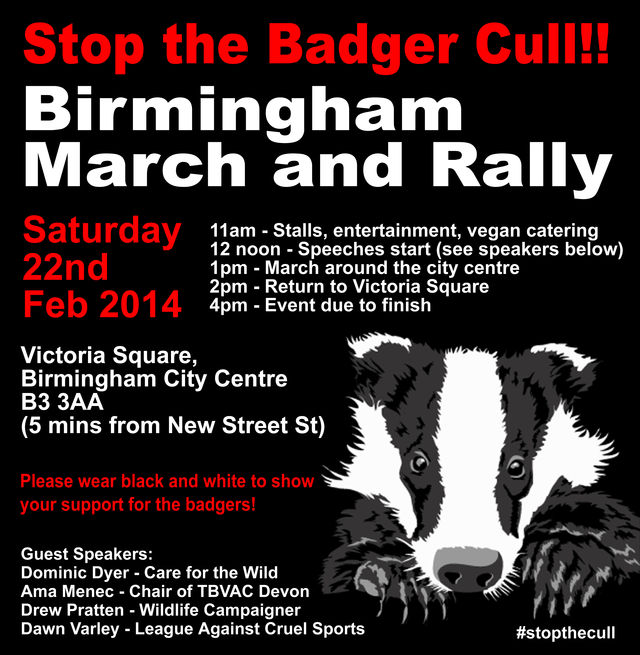 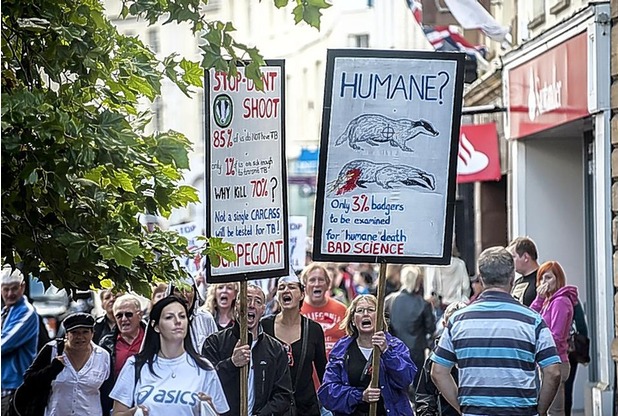 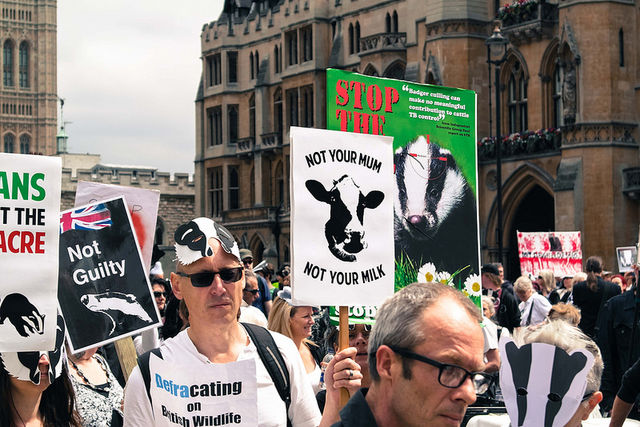 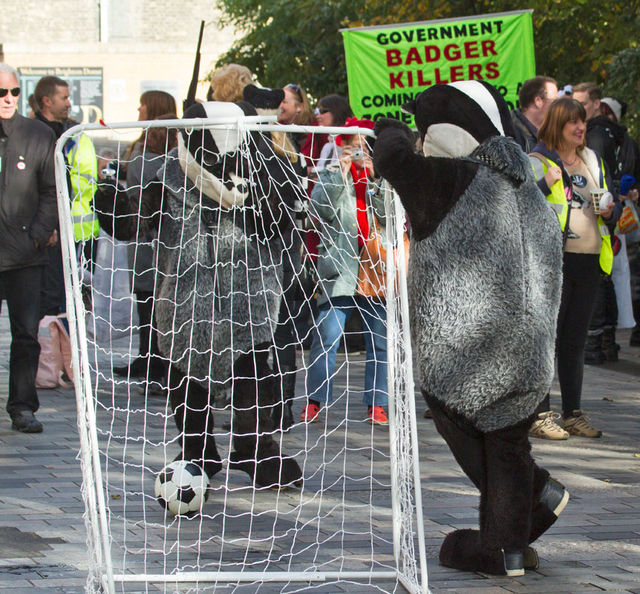 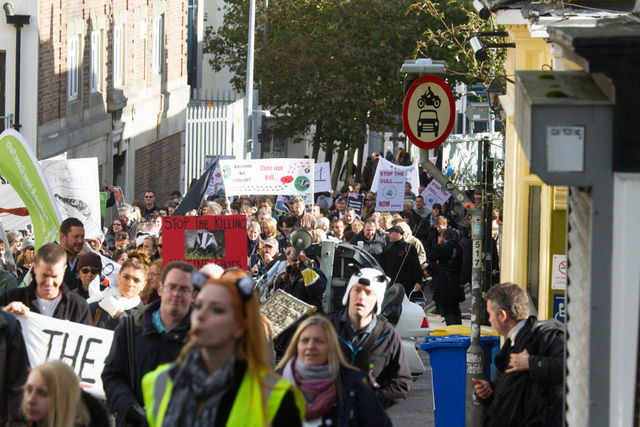 On Saturday 22nd February many hundreds of people will descend on Birmingham City Centre for what is expected to be the biggest march and rally against the badger cull since the event in London last June when approx. 2,000 joined a march against the cull.

The event will include a stage with speakers, entertainment, marquee with wildlife/charity stalls, sett mapping talk and badger education talk and a march through the streets.

This event is perfectly timed, with the National Farmers Union (NFU) (responsible for carrying out the cull) staging their annual conference in Birmingham just 3 days later! There will be a national demo at the conference itself (details below), but for the many people who can not attend on a weekday, please come to this march and rally instead!

We must send a very loud clear message to the government and NFU that we will NOT stand for any more badger massacres! Please spread the word, lets make this massive!!

On the 25th February the ICC in Birmingham will host the National Farmers Union (NFU) Conference. This is a collection of individuals and companies responsible for undertaking the failed badger culls and planning to undertake more, as well as lobbying for less humane ways to kill badgers such as gassing and snaring.

The NFU is a lobbyist group for large agricultural corporations with aims that benefit them, rather than that of animal welfare and independent farmers. They have strong political ties.

We urge as many animal lovers to join us outside the ICC for a huge protest to show the NFU that WE WILL NOT ALLOW THE BADGER CULL TO CONTINUE!!!!!

PS. Owen Patterson (Environment Secretary) will be there, so bring footballs and goalposts! (Patterson said "badgers moved the goalposts" when asked why marksmen failed to reach the cull target!)


Birmingham against the Badger Cull