Akbayan: the Philippines' New Left at 16 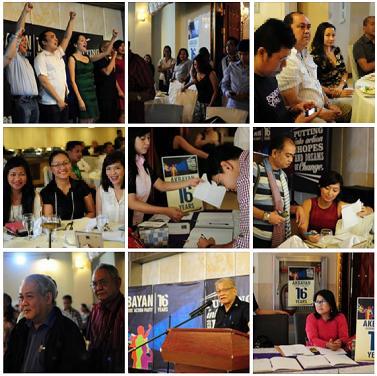 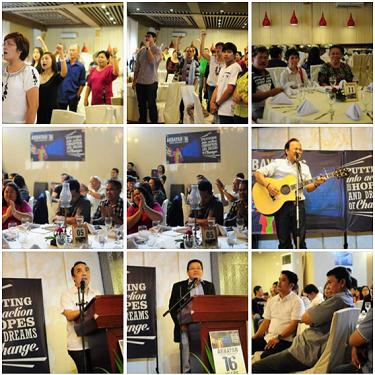 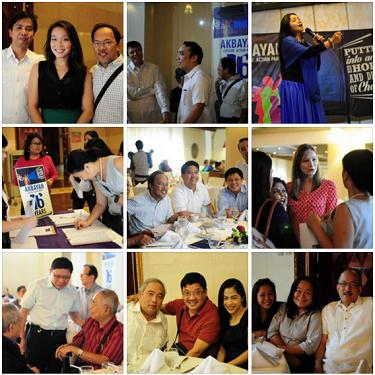 We’re celebrating Akbayan’s 16th birthday on Chinese New Year. For those of us here of a certain age, like Ka Sixto Carlos and Ka Dodong Nemenzo, today is also significant because it marks the 46th anniversary of the Tet Offensive. The Tet Offensive was one of those events that led me to the Left. I was, in fact, so inspired by it that I ended up writing a political biography of Ho Chi Minh as a long introduction to his selected works. People who read the book thought I was Vietnamese and were quite surprised to find out I’m Filipino.

At any rate, the book led to a permanent invitation to visit Vietnam, all expenses paid by the Vietnamese government. I was just in Vietnam about two weeks ago where I got to meet a person that I, Tina Ebro, and many others consider one of our idols, Madame Nguyen Thi Binh, the lead negotiator of the Provisional Revolutionary Government of South Vietnam during the Paris Peace Negotiations. She was the one who famously insisted that the negotiating table be of a certain shape. I got to ask her why the Vietnamese were so insistent on the shape of the table, and the reason she gave was that it was important so they would not be outfoxed in the negotiations by the Americans. Well, assisted by the shape of the table, the Vietnamese successfully negotiated an end to the war from 1968 to 1973, and two years later, in 1975, they established the unified Socialist Republic of Vietnam. I will return to Madame Binh and the importance of insisting on the shape of the table later.

There were three events that surrounded the founding of Akbayan in 1998 and marked its future development.

The first was the crisis of the traditional left in the Philippines following the EDSA Revolution of 1986. This led to our concern with establishing a New Left.

The second was the collapse of the centralized socialist regimes in Eastern Europe.

The third was the Asian financial crisis of 1997 and 1998, which led to the discrediting of neoliberalism and was the prelude to the global crisis of capitalism that began in 2008 and which we are still experiencing.

These events led to our party’s being marked by a deep commitment to certain values.

First, as a party of the Left, we have been deeply committed to equality, and here I will insist on using not equity, which is a euphemism, but equality in the original French Revolution sense of the term.

Second, learning from the crisis of the old socialist regimes and parties, we are fundamentally committed to expanding and deepening democracy and human rights.

Third is our commitment to development, to sustainable development. As the current global crisis has shown, development cannot be left to market forces alone. One needs an activist state. But beyond that, one needs an active civil society that acts as a democratic check to both the state and the market.

The party’s achievements over the last sixteen years--and I will focus on legislative achievements--reflect our commitment to these three values.

There was, of course, the CARPER land reform extension bill, which Comrade Risa Hontiveros was the principal sponsor of. There was the Marcos Compensation Act that Comrade Etta Rosales introduced as early as 1998. We had the Cheaper Medicines Bill and the Reproductive Health Bill.

There was the Kasambahay Bill that recognized the rights of domestic workers. There was the Overseas Voting Act and Amendments to it.

These values guide our current concerns. We are, for instance, committed to scrapping the Electric Power Reform Act, or EPIRA, which has brought so much suffering to consumers. EPIRA, as you know, was the apogee, the high point, of neoliberalism in our country.

These principles guide Akbayan in its current coalition with President Aquino. We are in this coalition because we support the president’s drive against corruption and good governance. At the same time, we have made it clear to the president and our coalition partners that fighting corruption is not enough, that good governance will not be sustained unless it is accompanied by structural reforms. Thus, we have been vocal in our criticism of the slow pace of the agrarian reform program. We have said that it is unacceptable that a few months before the June 30, 2014, deadline for the redistribution of lands under CARPER, some 700,000 hectares—the best lands in the country-- remain undistributed. As Congressman Barry Gutierrez will attest, extending the deadline to June 2016, as DAR Secretary has declared, is against the law.

We have maintained our independent, critical stance, not only on the need for structural reforms but on foreign policy issues. As you know, we support the president’s strong defense of our rights to the West Philippine Sea. Indeed, it was Akbayan that sponsored the resolution renaming the South China Sea the West Philippine Sea. You may ask, what's in a name? Everything. You keep on calling it the South China Sea, and the Chinese will really think it's theirs. Discourse, Michel Foucault reminds us, is power. We disagree, however, with the president and Secretary del Rosario’s embrace of the United States to balance China. We have told them this stance is self-defeating because once you bring the United States in to balance China, you’ve converted the whole thing into a superpower conflict that marginalizes resolution to the territorial disputes.

So now, as we deal at close quarters with the Americans, I think we need to derive inspiration from Madame Binh and Vietnam’s insistence on having a negotiating table that would not allow the Americans to outfox them. We do not want the Philippines to become a frontline state in a conflict between the United States and China. We knows what happens to frontline states like Pakistan and Afghanistan, and we don’t want that future for our country.

Let me end there. So in the name of the party, on its 16th anniversary, I thank you all for joining us today.