Blind to the irony of a far-right party, emigrating, in their case from Hungary to the UK, in order to incite support for anti-immigrant politics among London's Hungarian immigrants, and equally blind to the irony of touting Nazi beliefs in a city whose citizens were butchered by Hitler's Luftwaffe, the openly Fascist Jobbik party staged a risible fuck-up of a "rally" in the exit corridor down the side of Holborn tube station, last Sunday, 26 Jan 2014 - 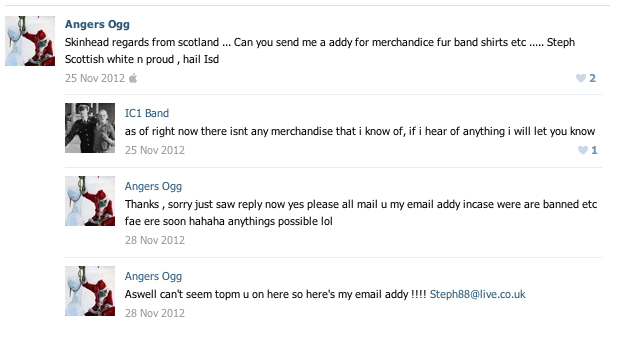 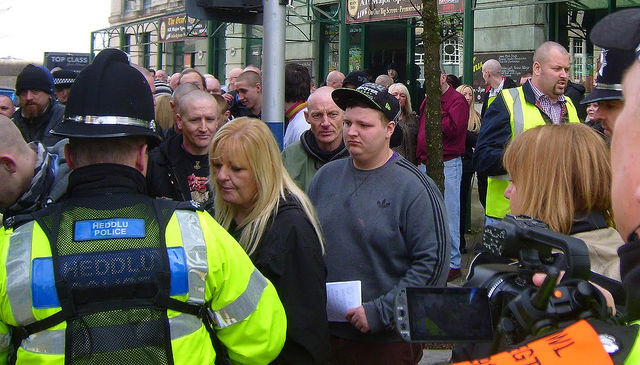 At the White Pride (sic) demo in Swansea... 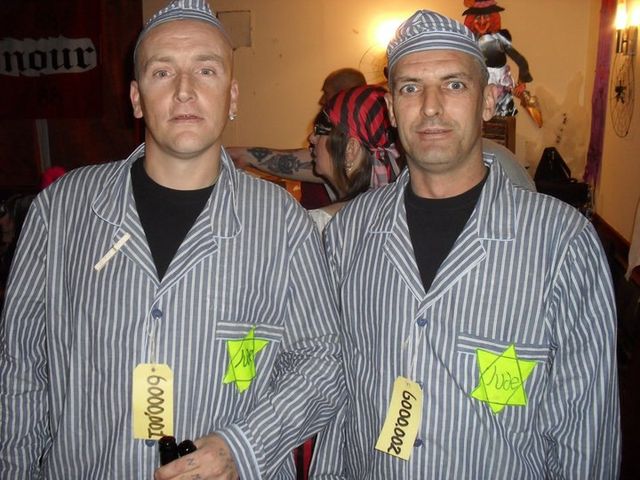 Apparently blind to the irony of a far-right party, emigrating, in their case from Hungary to the UK, in order to incite support for anti-immigrant politics among London's Hungarian immigrants, and equally blind to the irony of touting Nazi beliefs in a city whose citizens were butchered by Hitler's Luftwaffe, the openly Fascist Jobbik party staged a risible fuck-up of a "rally" in the exit corridor down the side of Holborn tube station, last Sunday, 26 Jan 2014 (before eventually re-convening, much later, in the drizzle at Speaker's Corner, after even their opponents had lost interest).

Not only was Jobbik's support sparse to put it mildly - their few dozen supporters dwarfed first by the hundreds of Anti-Fascists who outnumbered them at Holborn, even more so by the 14,000 people who signed a petition asking Jobbik leader Gabor Vona to stay the hell out of the UK, but the Polish muscle that Jobbik promised would save them from those nasty Londoners turned out in fact to be a group of very nice Polish people who showed-up at Holborn to tell Jobbik to go and closely examine themselves.

Gabor Vona (and the Jobbik website) swore blind to anyone who'd listen that Jobbik weren't coming to London to network with the BNP, but in fact (while for technical reasons I couldn't access their entire invite list) the goons who confirmed attendance on Facebook included BNP organiser Kevin Layzell (pictured, red hair with glasses, who also says on Facebook his favourite music includes the Nazi musicians Skrewdriver and - like Anders Breivik - Saga).

It's fairly well-publicised that the cheerleader (2nd picture) who appeared at Holborn waving Jobbik flags wore a T-shirt of the joke-ass "Rock Against Communism" movement (which was formed by Skrewdriver, by a gay Nazi called Nicola "Nicky" Crane, by BNP chairman Nick Griffin and by Nick Griffin's dad Tory councillor Edgar Griffin, in response to and competition with the vastly more popular Rock Against Racism movement).

It's also been reported that 2 Jobbik supporters pulled knives on Anti-Fascists, got a well-earned thump, then posted photos of their humiliation on various social media sites (3rd photo). If anyone's wondering about the ethics of thumping these wannabe serial-killers, the thug on the left bears a strong resemblance to a Scottish Nazi who chooses to post all kinds of pics on social media using the names "Anders Ogg" aka "Steph Wright".

Photos "Anders Ogg" has chosen to post on social media include him posing in front of a Fascist flag with weapons and the shirt of Rock Against Communism (RAC) band "Brutal Attack" (sic); himself wearing the shirt of Nazi gang the "British Freedom Fighters" at a Scottish Defence League demo in Kilmarnock; posts suggesting his e-mail's "

steph88@live.co.uk" and his real name may be "Steph Wright"; photos of himself at the White Pride (sic) demo in Swansea; carrying Scottish flag at far-right demo in (surprise surprise) the Hungarian capital Budapest (note red-and-white striped flag, right side of photo - same as the flag in the Speaker's Corner photo); and (with apologies for his intensely sick photo) posing as Jewish victim "6,000,001" at a Nazi gig (note edge of "Blood & Honour" flag in background).