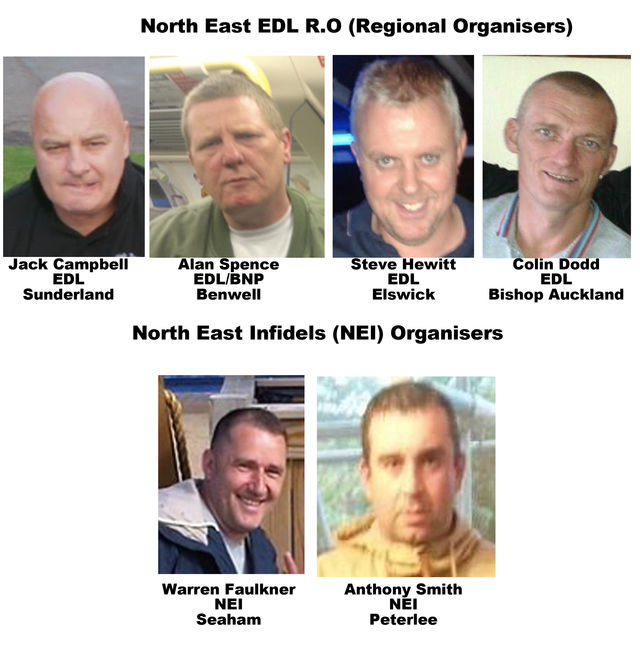 Size comparison through the years. 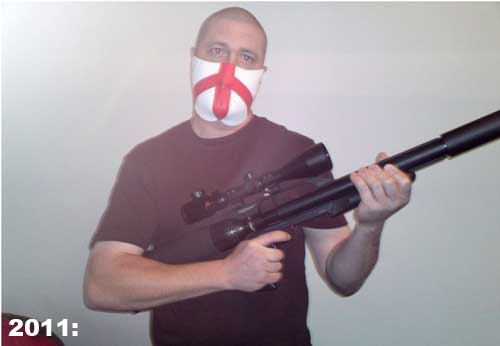 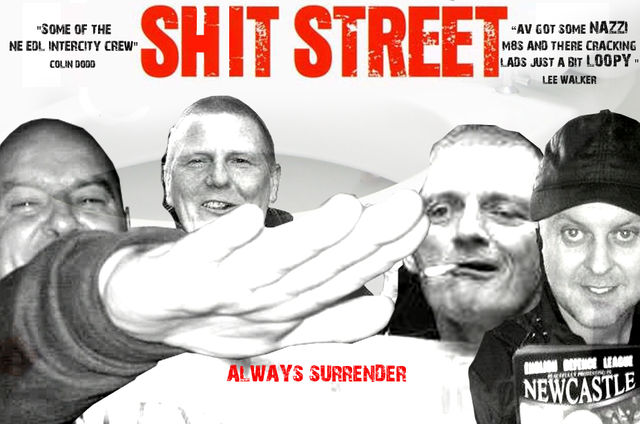 This is an archive of the North East EDL members and activity which is intended to have future use to keep a tab on the EDL's members and future involvement.

A movement which started with no more than a few members to a sizeable expansion of around 30 or more active members within the region, the North East EDL/NEI is a growing concern and threat.

There are 4 significant members within the North East EDL who are Regional Organisers (R.O):-

1) Alan Spence - an EDL Regional Organiser for the North East and a former BNP candidate who lives in Benwell:-

Alan Spence is known to of been sent down for attacking The Irish centre's left meeting:-

2) Steve Hewitt - an EDL Regional Organiser for Newcastle who lives in Elswick.

Also there are 2 significant members within the North East Infidels, a splinter group of the EDL and are know to of organised the recent demos in Shotton and Hartlepool.

In addition there are a further 12 significant members within North East EDL and possibly more who are known to have air rifles and various other weaponry (Machetes, Baseball bats and more):-

1) Liam Snaith, 20 of South Shields armed with an air rifle in 2011. He also wrote a note to say that he didn't condone the Norway killings.

2) Mac McDougall from Newcastle/South Shields armed with a sawn off shotgun.

3) Connor McCoy from South Shields armed with a Crossbow

5) Shane Martin of Jarrow armed with an air rifle

6) Hollie Smallwood, 28 from Durham owns a knife and two possible air guns. She claims this picture of her holding two air rifles on the right don't belong to her. Hollie is know and pictured being a BNP supporter. She also has numerous of Swastika tattoo's including her wrist and back.

7) Colin Dodd, 39 from Bishop Auckland armed with an Air Rifle and owns 2/3 more air rifles and a machete.

8) Stephen Pescod, 36 of Sunderland also a supporter of 14/88 and the BNP armed with an Air Rifle.

10) Leslie Smith, 33 from Sunderland also a BNP supporter owns a Machete and Air-Rifle.

11) Nikki Campbell from Sunderland possibly owns a baseball bat. Here he is brandishing one with Thomas Robson, a Sunderland EDL member.

12) Gary Knox from Dunston owns a range of blades and knives in his house.

Furthermore the North East EDL currently use 7 main social networking pages on Facebook which they operate with. They also use a 'secret' Facebook group page to organise their flash demos with:-

The North East EDL has also attempted on atleast two occasions to start an EDL youth movement entirely from social networking though both failed to deliver.

For a list of North East EDL members visit:-