Genocide Of 165,000 Geese And Mute Swans Planned In New York 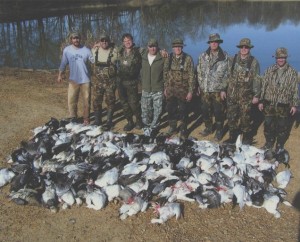 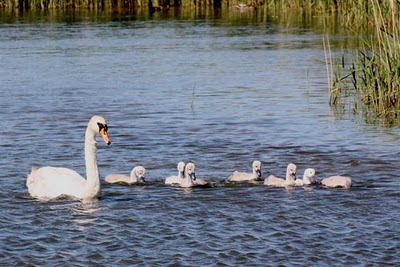 Elizabeth Colbert said on the radio in February in effect "We humans are the disastrous asteroid destroying the earth." Human chauvinists think no other life form matters. Governor Cuomo of New York, Joe Martens' Department of Environmental Conservation (what a misnomer) and secretly Obama's US Dept of Agriculture run by Tom Vilsack whose background is facilitating the slaughter of millions of Iowa pigs are behind plans for the genocide of 170,000 Canadian geese as well as swans called 'mute swans' who are not aggressive to human beings as they silently swoop down.

While the New York Times coverage has been good, its use of the words 'trim' and 'culling' to describe the planned murder of 165,000 geese is a bloody euphemism.

Thumbs down to the Audubon Society, an organization which has always exempted chickens and turkeys from its concern, for stating that there are 5 times too many geese. Is 7 billion human beings too many?

The USDA has been killing tens of millions of birds since its inception, in response to livestock farmers' demands.

These birds can be part of a catch and release program, not a trap and slaughter one.

Please add your voice to the outraged tens of millions.

Geese murder has been ongoing in New York, at airports, in parks, but never before have the avicidal maniacs planned the deaths of so many.

The picture is of unconscious men, thinking they prove their masculinity by murder of innocent defenseless birds