A Indymedia activist, Protag, has passed away. 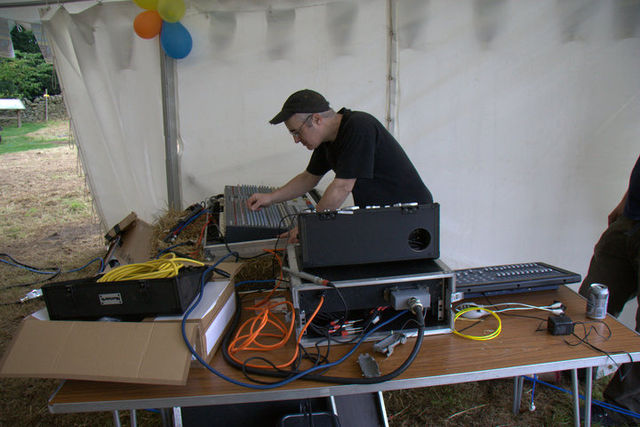 This was written a couple of weeks ago:

"All our collective thoughts go out to Protag who is suffering from cancer and is at this moment in the Bradford Royal Infirmary. Protag was a fixture at many events and venues throughout The Mob's original lifespan (up to the end of 1983) as well as other All The Madmen bands of that era. Protag was often found behind the sound desk at events like the summer Meanwhile Gardens gigs, the Islington Rosebery Avenue Peace Centre, the Homerton Blue House as well as helping out at the other earlier autonomy centres. Protag was a member of the Instant Automations in the late 1970's as well as being a member of Alternative TV, Blyth Power and then Zounds from the mid 1980's to the early 1990's. Protag drove bands around (seemingly all year long) and helped with setting up equipment for bands at the many gigs he was in charge of the sound desk. Blyth Power's first public release, the cassette 'A Little Touch Of Harry In The Night' released on All The Madmen records then head honcho, Rob Challice's 96 Tapes imprint was recorded with Protag at the sound desk at Brougham Road in Hackney. It was Protag's Meanwhile Gardens tapes that contained tracks that were placed onto the 'B' side of The Mob's 'Crying Again' 12" re-release that came out on All The Madmen records in 1986. Protag still helps bands and venues to this day! Protag is a particularly pleasant man whom The Mob and All The Madmen records would like to send many positive thoughts to at this time. If anyone that knows Protag would like his personal email address then please private message this Mob / ATM FB page and we will share that information with you. Please private message if you knew Protag. I am sure he will be pleased with receiving messages of support at this time from folk that shared experiences with him throughout his dealings with bands and venues for several decades. Positive thoughts are needed at this time. Thank you for reading."