There were 140 actions across the country on February 19th 2014.
This is my account of the one I attended at Archway, North London. 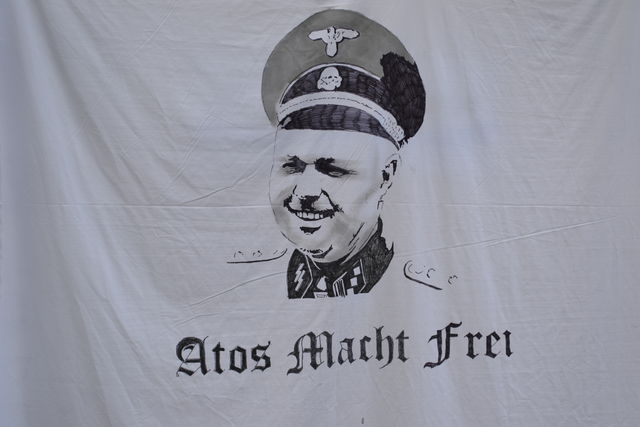 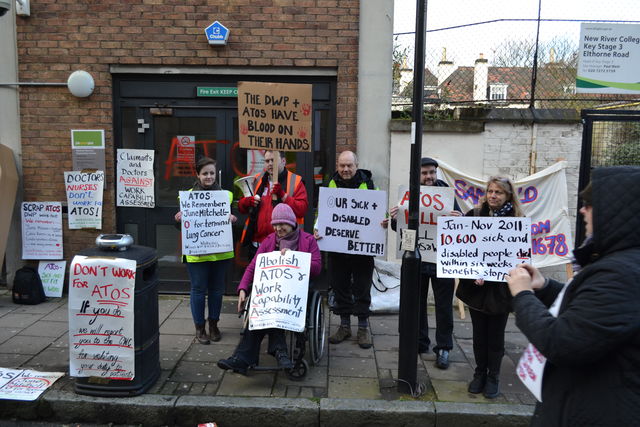 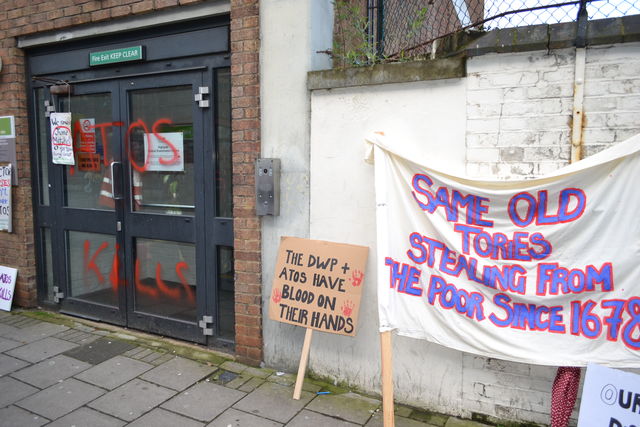 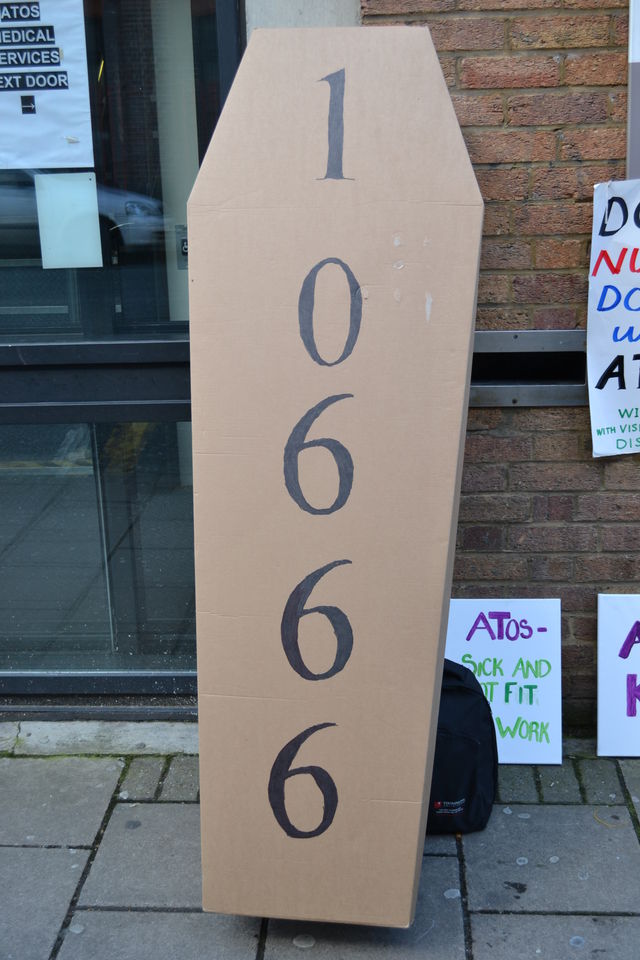 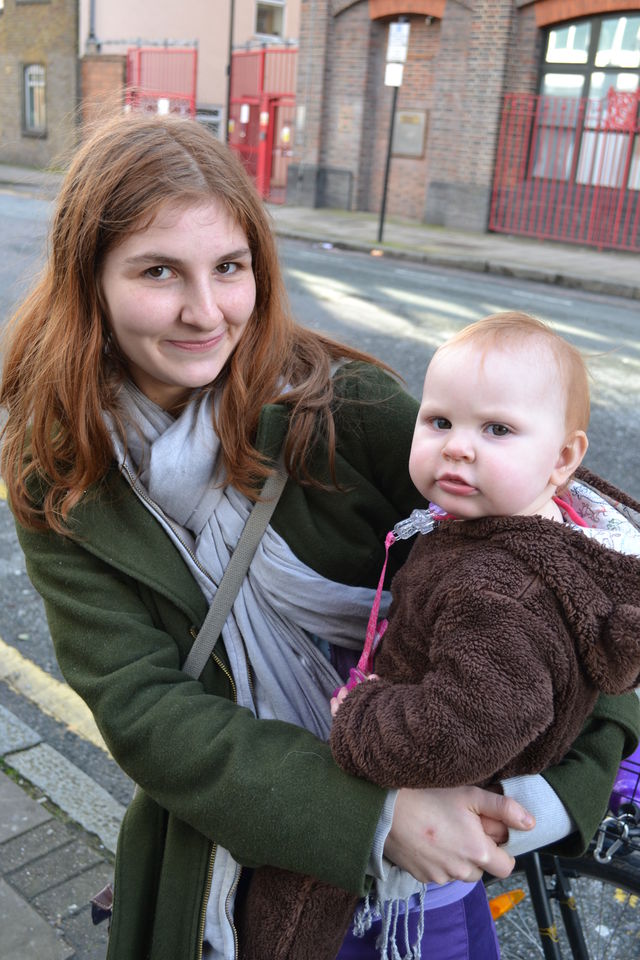 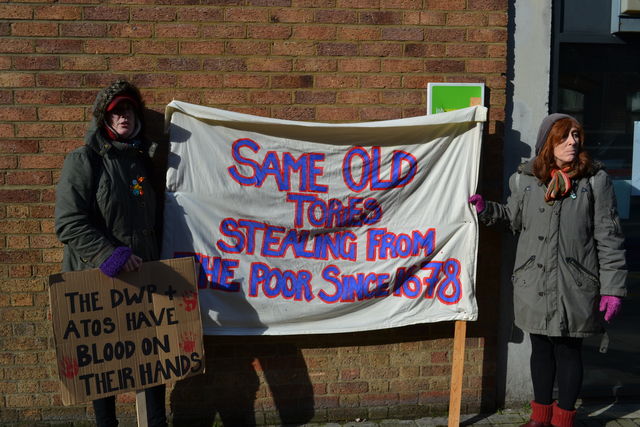 This was my first action for quite a few years so i wasn’t sure what to expect.
Expecting the worst from the weather I packed just about every layer and wet weather gear known and headed off to the Atos assessment centre in Archway.

There was about 10 people there, all from different walks of life and all ages. I’d never met any of them before but they were all very friendly and welcoming. The youngest was with her mum dressed in a bear onesie and I was reliably informed this wasn’t her first action! All were being assiduously watched by police in the comfort of their van. Why were the police here? It seemed a bit excessive.

The crowd fluctuated throughout the day and it was was good to get the support of the passing public and those that were attending the Job Centre next door. We never had any negative comments and one guy gave us a rousing rebel song over the megaphone!

“Atos Kills” read the spray paint on the entrance doors and there was a coffin with 10666 (the last three digits being ironically appropriate!). Maybe that’s why the police were there, to protect us from the violent I.T. workers who not only had the forethought to warns but had provided a coffin for the disposal of our cadavers!? Immediately dismissing this crazy thought I asked someone what the number referred to and was told that it was the amount of people that have died since the new assessments have started. According to the government’s own figures 1,300 of these had been put into the work related group, and would have been expected to attend regular interviews and possible work related activities. Failure to attend either would result in sanctions. These people had been assessed as being available for work and yet their health was so bad they had died soon after. Another 2,200 died even before their assessment was complete and 7,100 died after being put into the support group.This was as of January last year. How many more have died since?

Then there are the tragic cases of people committing suicide as a result of being assessed by Atos. If you search “Atos suicides” you could spend all day reading about these poor people, who, when facing an immediate future of economic uncertainty , took the decision to end their own lives.
Last year a government review found that Atos assessments were “unacceptably poor” and (Un)Employment Minister Mark Hoban has ordered Atos to put in a “quality improvement plan”. Additionally, the DWP are going to bring in other assessment providers alongside Atos.

The final sting in the tail is that Atos paid no corporation tax at all in 2012 and made a public sector profit margin of 22%.
Atos, a company that receives billions of pounds in government contracts, instills misery into people to such an extent that they commit suicide, makes a big fat profit and then makes absolutely no contribution to the society that it leeches off.
I am glad that I went to yesterday’s action and it will hopefully be the first of many.
Atos Kills but the fight back has begun
Ian