A small victory in the fight against fascists in Calais. The neonazi group "Sauvons Calais" ("Save Calais") has announced that it is disbanding after the leaders have been exposed and "put in danger". 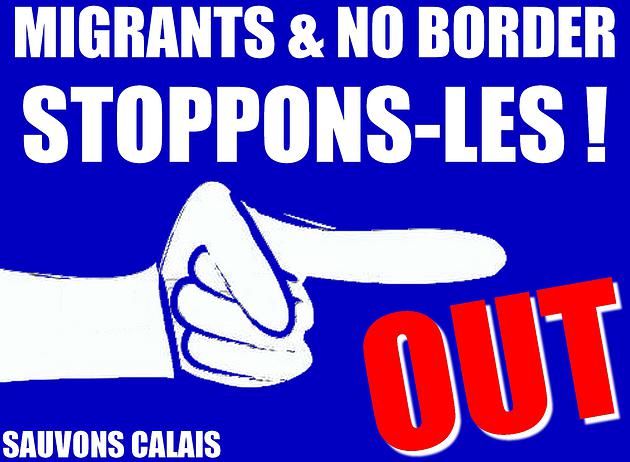 Thursday 27 February. After a massive response from Calais residents and supporters further afield to the attacks they led on the farmhouse at Coulogne, and the outing of leader Kevin Reche as a swastika-tattooed neonazi, the "Sauvons Calais" gang have announced on their facebook page that they are disbanding. The facebook page has now been taken down. Here is a translation of their final statement:

"After numerous votes, Sauvons Calais is closing its doors. It is clear that the local newspaper Nord Littoral did its work well in placing in danger various admins of the collective, and most notably Kevin Reche. When we say 'place in danger' we don't speak of aggression, but much worse. It is for that reason that we decided to close the collective, as we are alone against everyone. Too many of our contact details are circulating on the internet (phone numbers, addresses etc.) Another group in a similar vein will soon open its doors. It will be stronger than ours, with lawyers and members in 'high places'. It will therefore be untouchable. We thank you again for having supported and encouraged us and for following us in our various actions. The page will close at midnight. The team at Sauvons Calais."

And thank you everyone for supporting the effort to expose and shut down these fascists! A mixture of tactics including research and exposure, web-based activity, local mobilisation and publicity, and bringing together diverse antifascists in solidarity on the ground, has proved a success. This past week, after a very difficult time in Calais, has seen a massive movement of indignation and solidarity against the neonazis and in support of migrants and the No Borders struggle in Calais.

Of course the struggle is far from over. Of course we don't forget that last saturday saw as many as 80 fascists attacking our friends with intent to kill, supported in their actions by complicity of the police and state authorities. They are now on the back foot and deprived of important organising tools. But we need to be more vigilant than ever and keep on working to build a solid fighting network. Looking forward to Saturday's demonstration.