Londoners tell Boris 'Our City is Not for Sale'

Report & Photographs from 'London Not for Sale' demonstration against Boris, councillors and the GLA going to the MIPIM conference to carve up London with developers. 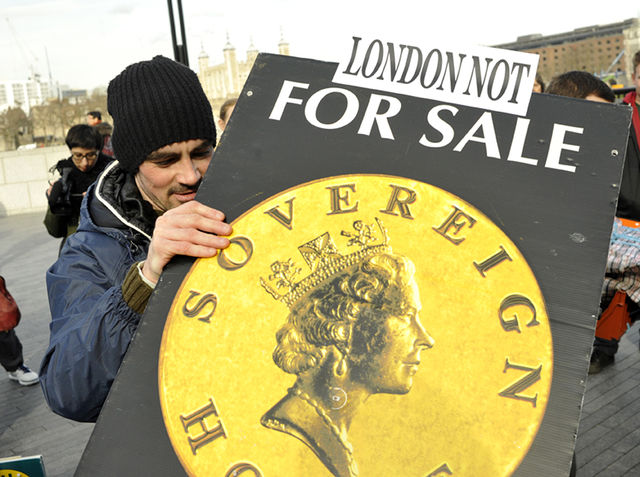 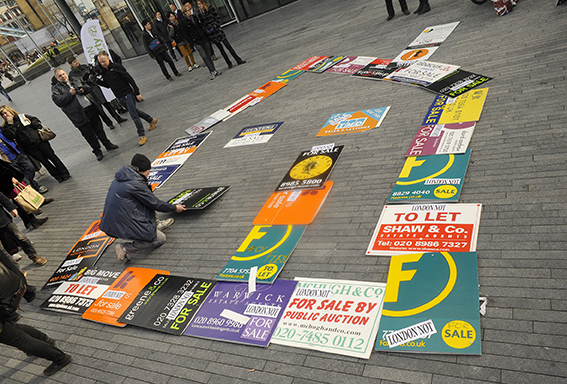 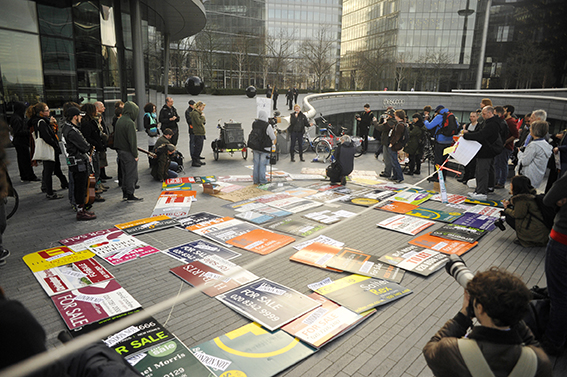 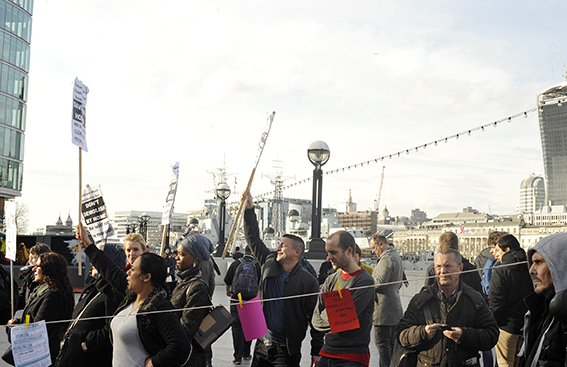 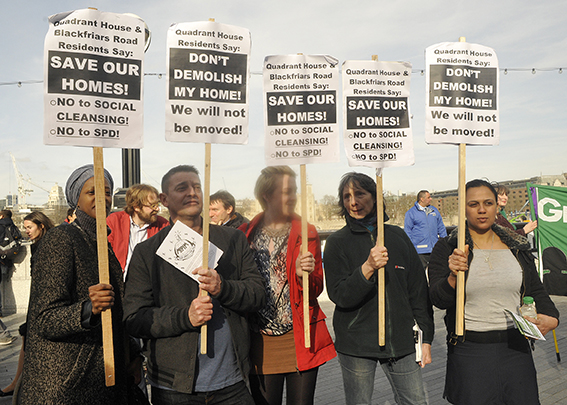 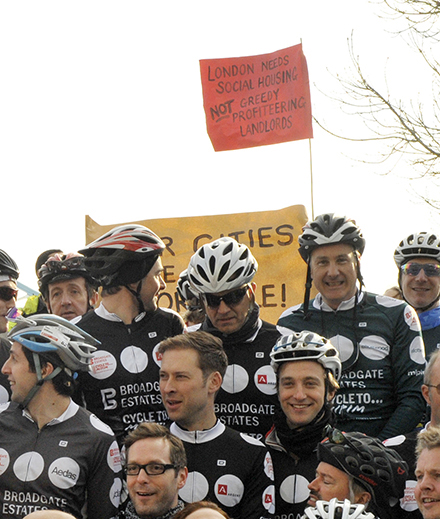 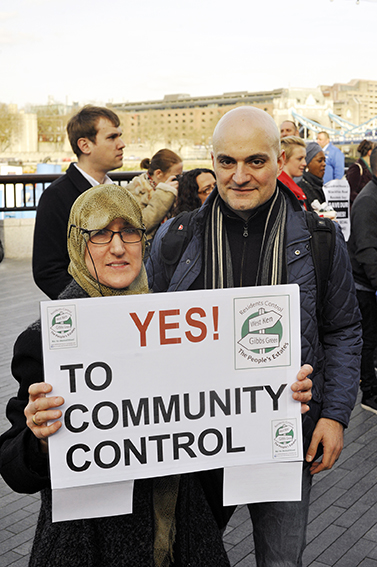 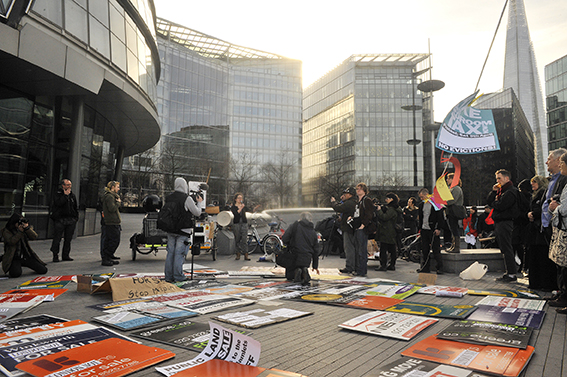 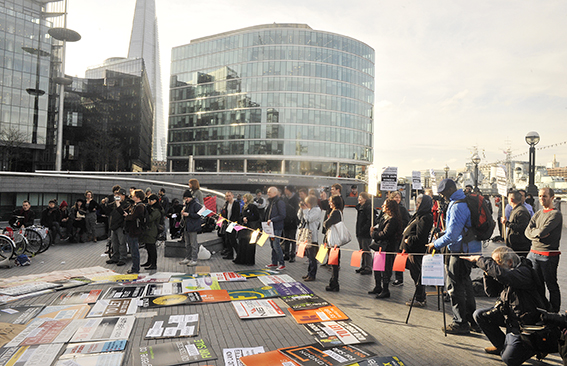 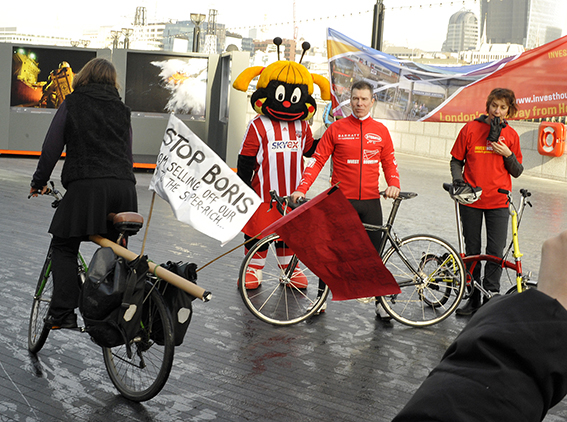 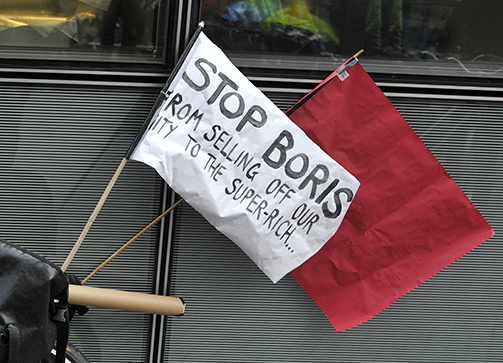 Over 100 residents and housing campaigners from across London descended on City Hall on Thursday 6th of March to express their anger at Mayor Boris Johnson and over 20 UK councils participating in the MIPIM conference.

MIPIM is the world's biggest property fair and will take place from 11 to 14 March in Cannes in the south of France. The fair has a €1,600 entry fee and brings together 20,000 investors, developers, local authorities, and banks.

As the 'MIPIM cycle ride' set out for Cannes at 9am on Thursday morning housing protestors disrupted the ride with chants of 'Stop selling our communities!”. The afternoon followed with hundreds of estate agent 'For Sale' signs being made into a giant house at the door of City Hall in protest at policy to marketise housing which makes profits for speculators, landlords and developers.

The demonstration continued with a 'speak out' from London residents sharing their stories of the housing crisis and difficulties to find secure, affordable housing because of contracts between London councils and MIPIM developers.

Reuben Taylor of the Radical Housing Network said: “We are here today to tell Boris, councillors and the GLA that we don't want them going to MIPIM to sell off more of our city. The deals that are done in Cannes means that ordinary Londoners can no longer afford to live in the capital.”

Liliana Dmitrovic of 'People's Republic of Southwark' added: “We will not let our land, our cities, and our homes, be sold by politicians to line the pockets of developers. These are the individuals responsible for the housing crisis, and we believe that everyone deserves a decent home.”

The 'London not for sale' demonstration will be part of protests across Europe in response to a call from the 'European Action Coalition for the Right to Housing and the City' including a 'People's Tribunal' during the Cannes conference on Wednesday the 12th of March.

and 'Brent Housing Partnership' in Kilburn

3. More information on the 'People's Tribunal' on the 12th of March in Cannes


London not for sale