I thought I'd take a trip to Rowley Hill, Kingsmarsh, Farndon today, to check out and take a few photos of the site where Dart Energy is now drilling with a view to exploiting coal bed methane reserves, one of three sites in the immediate local area. Dart is experiencing fierce resistance to its extreme energy operations across the globe and is not doing well, reporting a loss of $32.7 million in the six months to December 2013, compared with a loss of $11.4 million for 2012.

This Sunday, 16 March from 1-5pm, there's a national demonstration at the site so I thought it might be useful to get an idea of how the land lies beforehand. 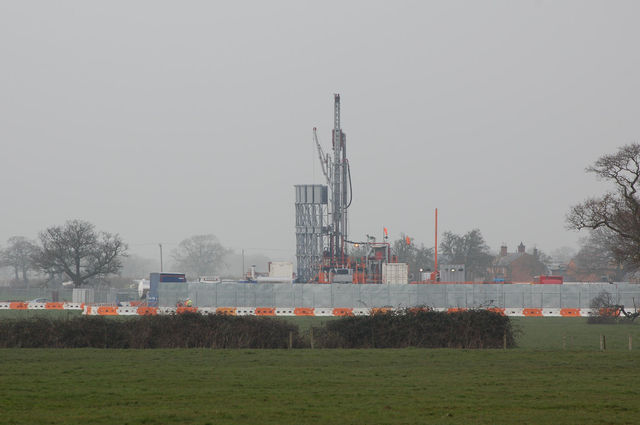 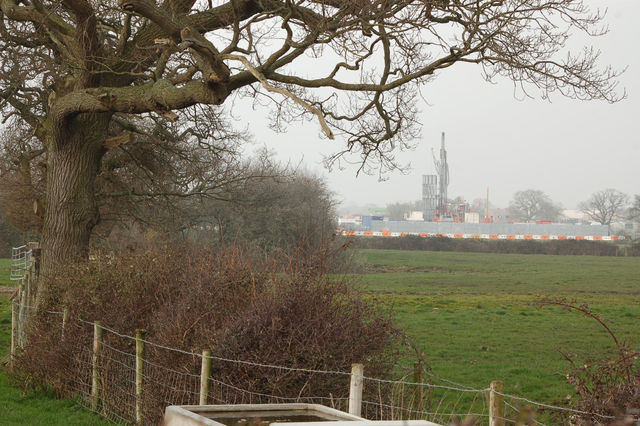 Blot on the landscape 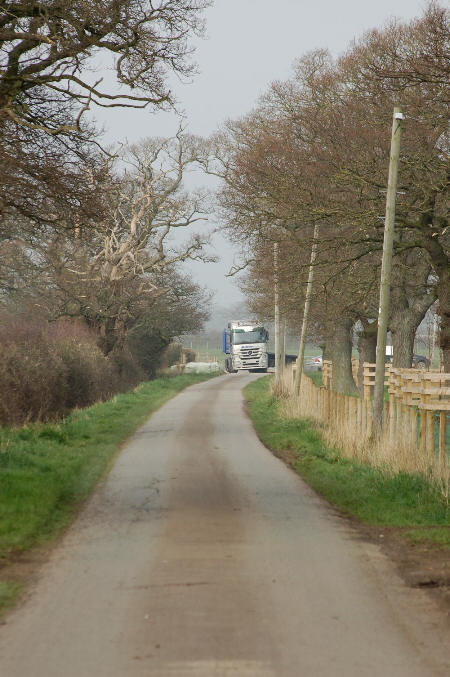 Truck owned by McBride of North Yorkshire leaves the site 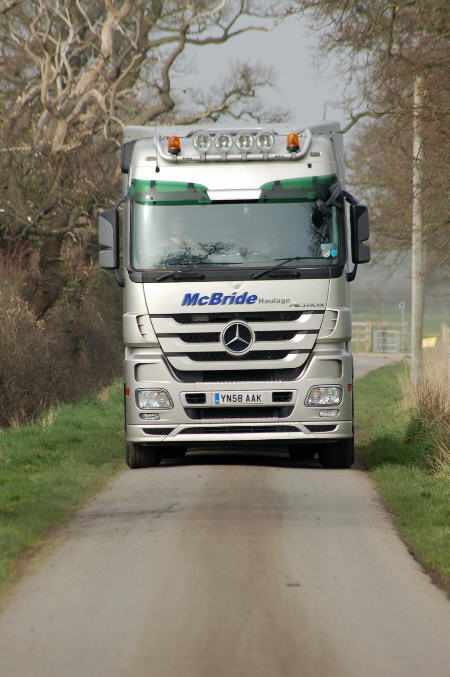 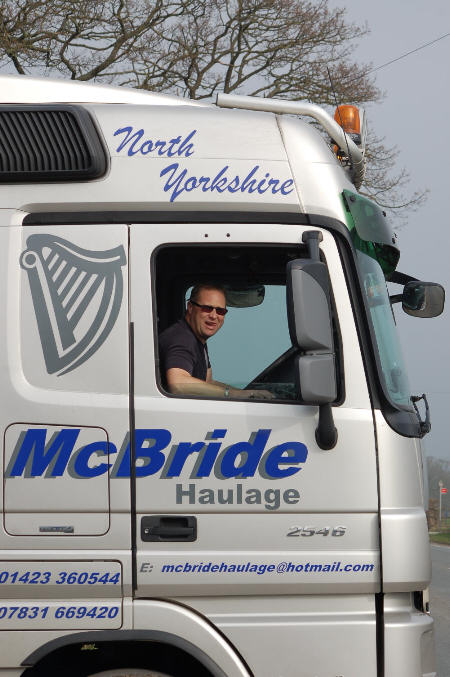 Waiting to join the A534 at the end of the lane 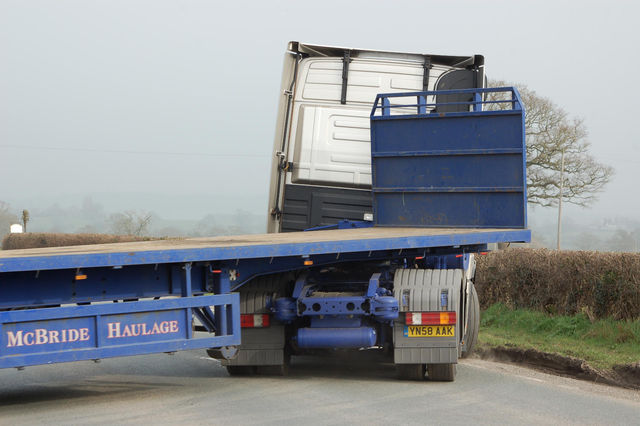 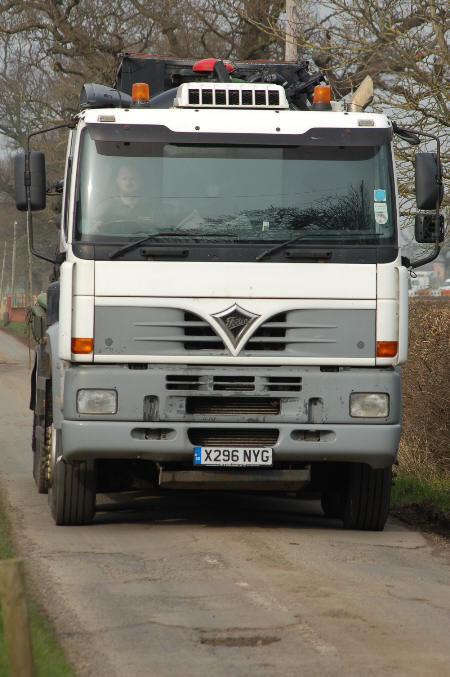 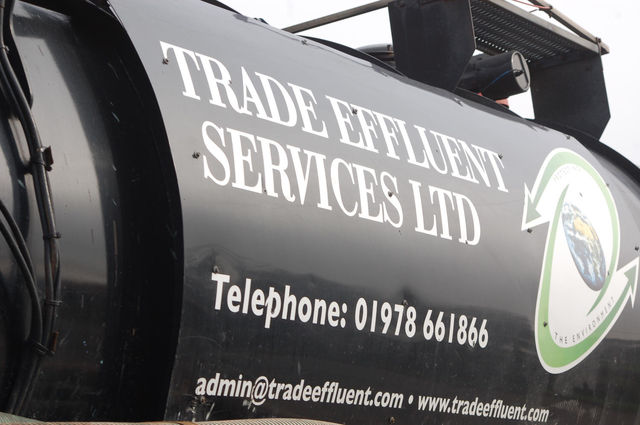 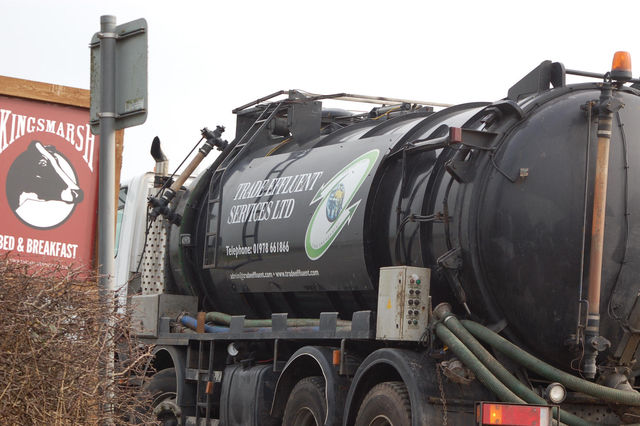 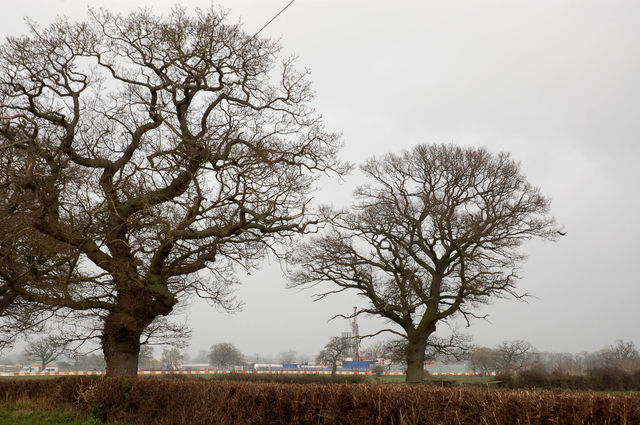 Heading back up the lane towards the drilling site 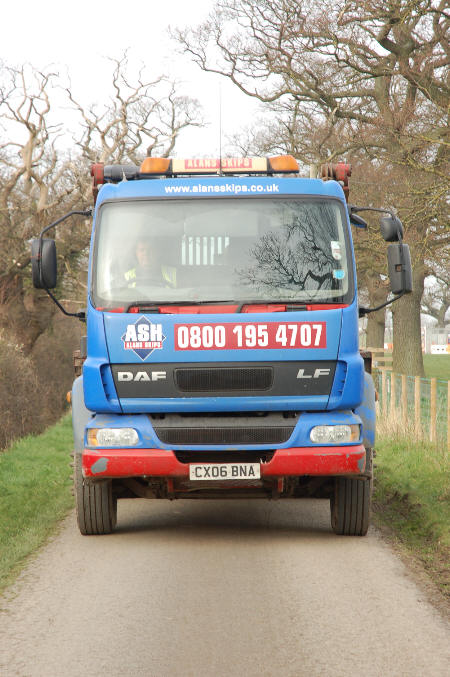 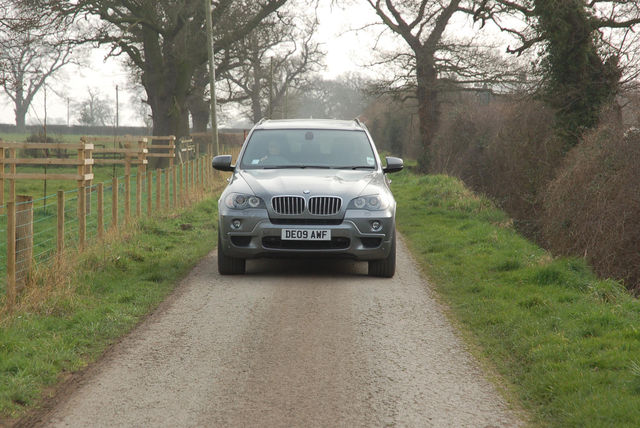 ...and from the other direction, this car 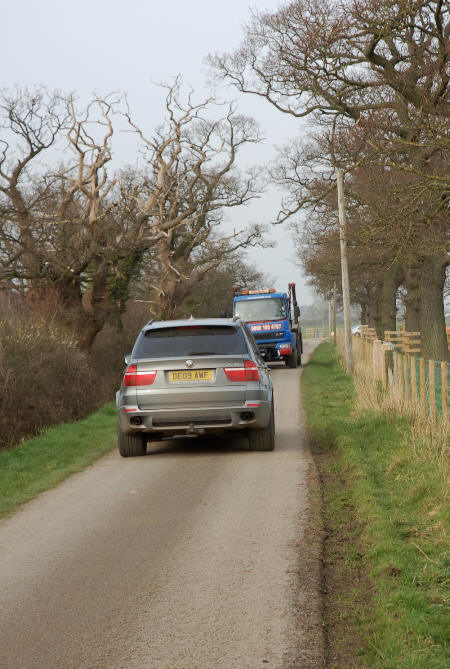 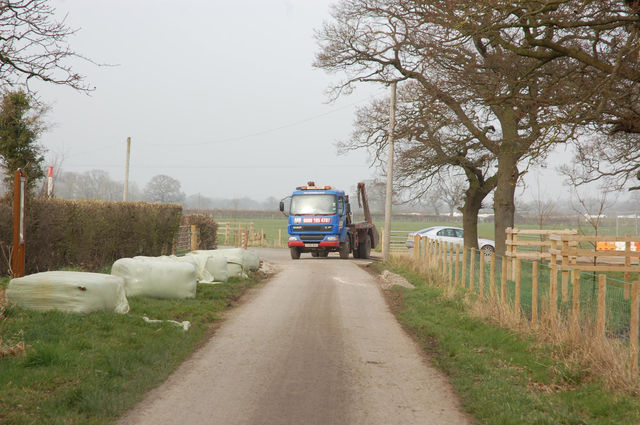 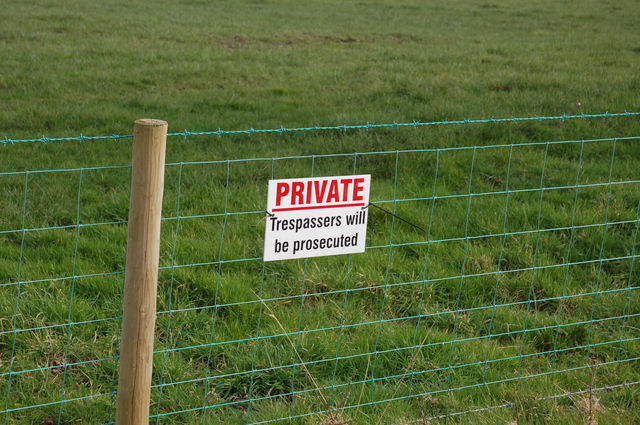 We set off back down the lane again, past this welcoming sign 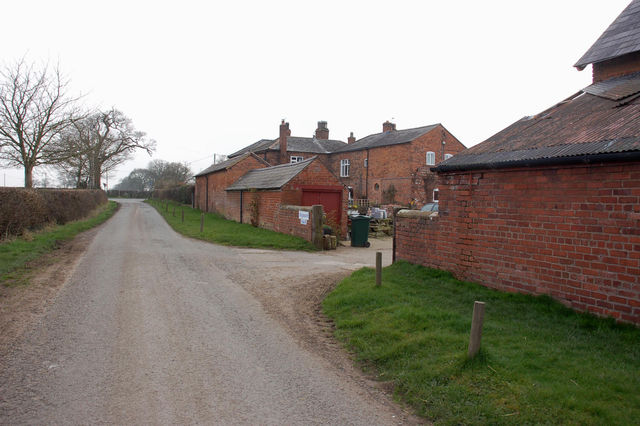 Finally, we're nearly at the main road, B&B on the right 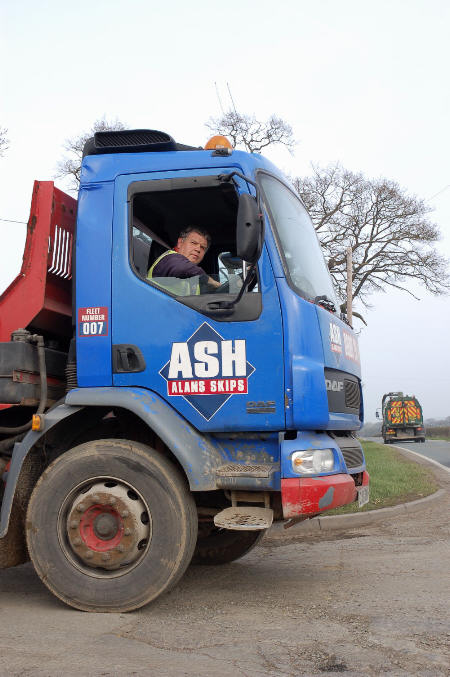 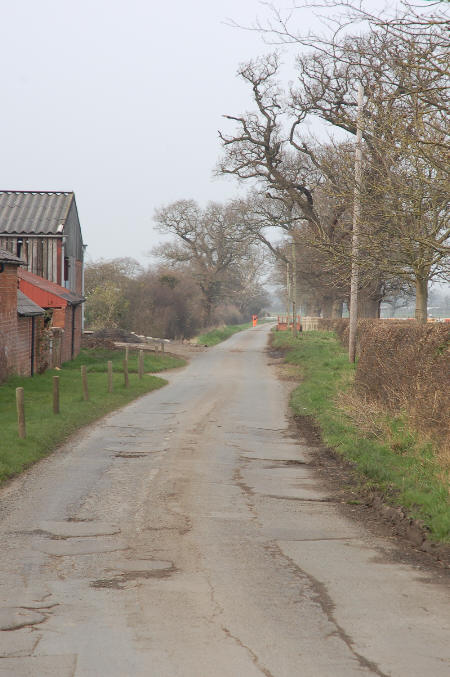 Man in orange (just a dot) halfway down the lane

I approached the site on foot, camera in hand, the drilling rig clearly visible across the field. If these drilling operations aren't resisted wherever they crop up, we face the sort of horrors exposed by Josh Fox in his Gasland films. Communities around the country are waking up and realising that together we can stop this, even if our corrupt local politicians are happy to give the go-ahead for exploratory drilling - the thin end of the wedge.

The site is up a narrow lane leading north from the A534 that appears to serve only Kingsmarsh Farm/B&B on the left by the main road and Marsh House to the right beyond, past the drilling rig, although on the map there appears to be a bridleway that carries on further, takes a sharp right turn and hooks back round to Barton, the next village back on the main A534 Wrexham to Broxton road. The map also shows a public footpath that leads to Marsh House from the both the lane and the bridleway. The drilling site looks like it's plonked right across this, but I didn't investigate. It's possible a temporary closure order has been granted. The fence was graced with unwelcoming 'Trespassers will be prosecuted' notices and I didn't spot a stile although I might have missed it.

Halfway up the lane, I stopped to take some more photographs, at which point a long truck turned out of the site gate and headed down the lane towards me. I waited until it was close, made sure the driver had seen me, turned and walked slowly in front of it all the way to the end of the lane. A red flag might have been in order but I didn't have one. I was on my own so there wouldn't have been any witnesses if the truck had mown me down but I guessed - fortunately correctly - that the driver wouldn't want a dead pedestrian on his conscience. We eventually reached the end of the lane and I stepped aside to let him exit onto the main road and to take a few photos. The vehicle was owned by McBride Haulage of North Yorkshire. Another truck had followed the first down the lane from the site, this one owned by Trade Effluent Services of Wrexham. I watched while it left the lane, then turned back towards the drilling.

I got a little further this time towards my target of the site entrance, but before I reached it an empty skip truck left the site (I'd seen it delivering a skip earlier) so I waited, turned round again and began another slow walk back down the lane. Before long, a car turned into the lane and started towards us, waiting at the farm where there's a passing place. I assume it must have become apparent that the truck was moving slowly as, after a minute, the car advanced towards us, stopping a few yards from me. This is a narrow, single track road and they weren't going to be able to pass each other. Someone was going to have to reverse. An angry woman got out of the car and started shouting at me. As there are no other properties down the lane, I assume she was from Marsh House. She shouted that she had to get back to her animals. I suggested she ask the skip driver to reverse as it was the truck blocking the way, not me. She shouted at me some more: "What are you doing this for? The drilling will be done by next week" (yeah?) before eventually asking the truck driver to reverse for her. He obliged, she followed him up to the site gate where there was room to pass and I hastened towards them to try and get a few photos before walking the truck back down, now the entire length of the lane, which took a good while. I took a few photos as the skip truck departed - it belonged to a local skip hire company, ASH: Alan's Skips of Wrexham.

I still hadn't quite made the site gate but decided that I'd seen enough for one afternoon. Someone from the site dressed in a fluoro orange outfit was by this time halfway down the lane on foot. I walked away in the direction of Barton village on the grass verge of the busy main road. Just then a police car, blue lights flashing and siren wailing, flew past me at breakneck speed. 'Must have been an accident' was my first thought, until it slowed down, indicated right and shot into the lane and towards the site. So maybe someone had called the cops over my small acts of resistance. This is how your hard-earned money's being spent, taxpayers. No doubt the police will be happy to step into the role of Dart's private security goons as resistance builds, if past experiences at Barton Moss and Balcombe are anything to go by.

Join the Fight The Frack family friendly protest at the site this Sunday.

When? - Sunday 16th March, from 1pm. Bring your kids, other relatives and friends!

Where? - Rowley Hill (confusing as it's not on much of a hill), Kingsmarsh, Farndon, Chester, CH3 6NF.