Letters/cards and messages of support can be sent to: 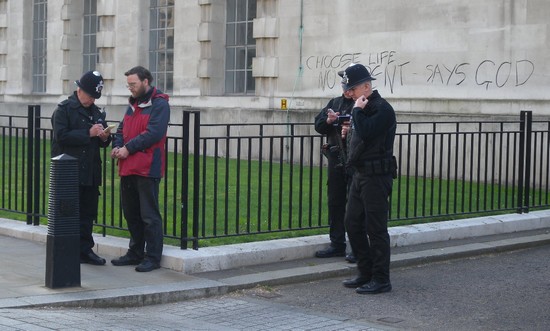 Catholic Priest Fr. Martin Newell , was today sentenced to 28 days in prison for non-payment of fines arising from numerous nonviolent peace protests against war and war preparations. Appearing at Westminster Magistrates Court this morning (15 March) Fr. Martin told the court that for “for reasons of faith and conscience” he would not pay fines of £565 that had been imposed following protests against the wars in Afghanistan and Iraq, as well as the UK’s use of armed drones and Trident nuclear weapons system.

“Jesus taught us to love not just our neighbours but also our enemies. He showed us by his life and example how to resist evil not with violence but with loving, persistent, firm, active non-violence. It was this revolutionary patience on behalf of the poor and oppressed that, humanly speaking, led to him being arrested, tried, tortured and executed by the powers that be. The acts of witness that resulted in the fines I have refused to pay were a form of conscientious objection. Refusing to pay them is a continuation of that objection. It is a privilege to be able to follow on the path that led Jesus to the way of the cross and resurrection.”

Fr. Newell is a member of the Passionist Order. He currently works with homeless refugees at the London Catholic Worker, and is planning to move soon to start a new project in Birmingham. He was born in Walthamstow, London, and is 46.


Letters/cards and messages of support can be sent:

Write the above number after Martin's name when addressing letters, cards, etc.

Members of the London Catholic Worker will be holding a vigil outside Wandsworth prison at the following times:

I do hope you can join us. The emphasis of the vigil will be opposition to Trident nuclear weapons system, since that is what Martin was protesting against when he was arrested on Friday. We will be standing outside the main entrance. The address is:

The nearest station is Clapham Junction, then take bus 77 or 219 from outside Debenhams. It is also near Earlsfield and Wandsworth Common stations