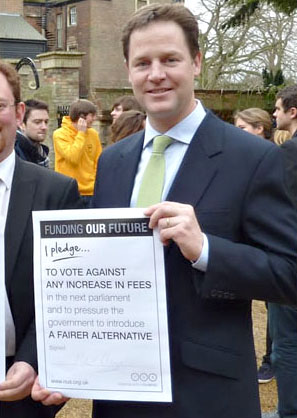 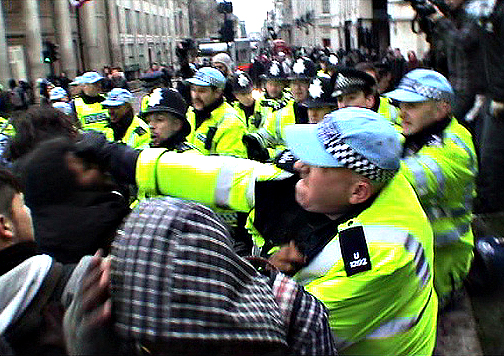 Let's be clear about one thing - taxpayer funded public services were never "free". We're all entitled to receive NHS treatment and higher education etc, because the Income Tax, National Insurance and VAT that (whether we like it or not) all of us, our parents and our grandparents, paid-in to the system for generations, mean we have earned (and continue to earn) the right to resources which are and always were literally ours.

Nick Clegg justifies his deceit on grounds that betrayal was necessary to deliver "stable" government - a government which excludes huge sections of society from higher-education, in perpetuity, is by definition not "stable", and the only thing proved by the Liberal Democrats' lust for political power, was that all power corrupts and absolute power corrupted them absolutely.

Now, after the vicious policing of the inevitable wave of public protests, "official estimates of the cost of unpaid student loans suggest they could eventually cancel out most of the money raised by tripling tuition fees" - the government's own figures show tuition fees will cost us almost as much as they raise!

"The government now believes that 45% of university graduates will not earn enough to repay their loans". That figure "is close to the 48.6% threshold at which experts calculate more money will be lost by the government than is gained from having increased fees". Obviously all costings for policy outcomes are "based on long-term forecasts" and therefore "may change", but these figures don't seem to have quantified the cost of student default, or to have factored-in the cost of the legacy of inequality and exclusion that this un-elected Coalition of political minorities wish to impose on society forever.