The @SalvationArmy Must quit #Workfare

Local people in Southwark yesterday staged protests outside the Salvation Army UK HQ at Elephant and Castle, before moving onto to a local Salvation Army 'Charity' Shop. They are angry that the organisation continues to participate in the coalition's workfare programme which forces people to do unpaid work for their benefits. 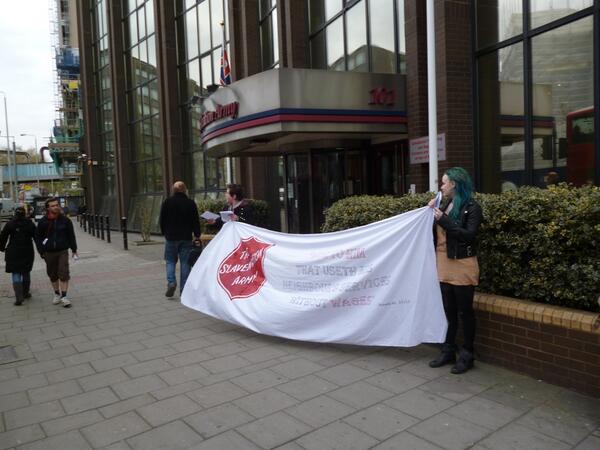 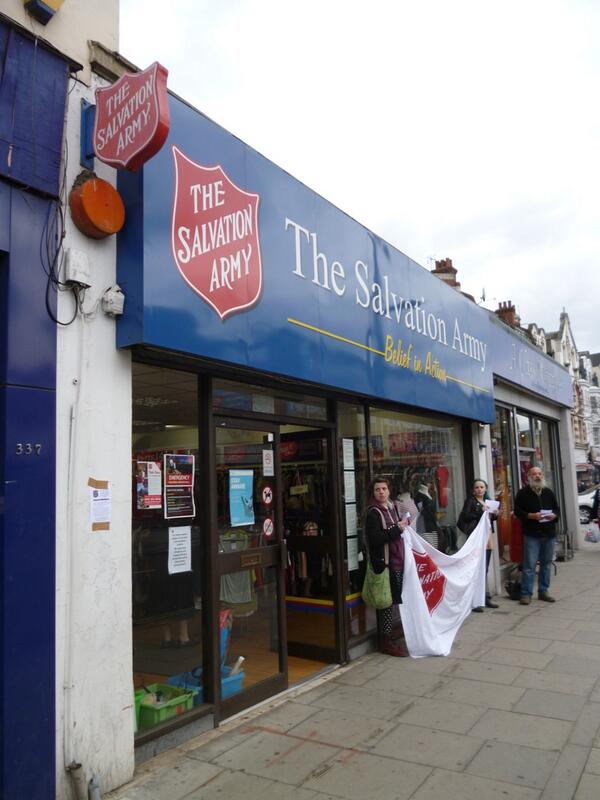 On the Walworth Road 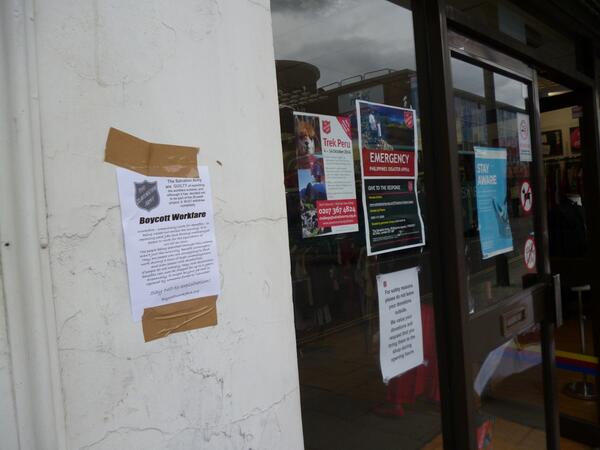 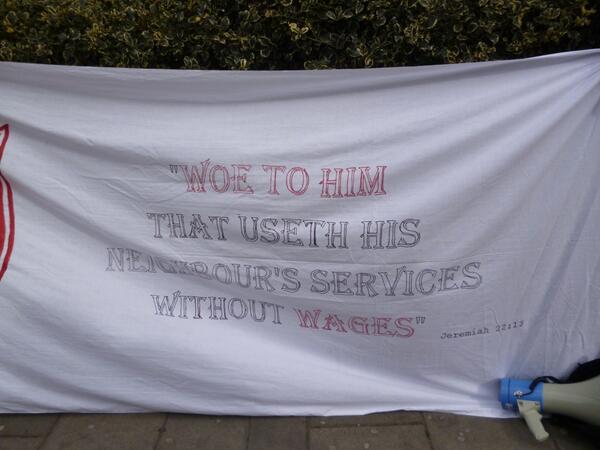 Preaching to the converted?

The protests took place ahead of further actions planned for today

A leaflet was distributed which stated that:

The Salvation Army are GUILTY of exploiting the workfare scheme, and although it has not been part of the 26 week project, it MUST withdraw completely.

A participant in the protests vowed that if the Salvation Army does not withdraw from the scheme, they can expect protests outside local Salvation Army churches, and disruption of their shops.

A number of charities and corporations have already exited the scheme following actions against them. The government is trying to hide the identities of those who still particpate, but we will find them and we stand with in solidarity with those being exploited by this ruthless scheme. If the Salvation Army can see the injustice of the new 26 week scheme, then it must be made to understand the injustice of the other schemes.

The banner had a subvertised Slavenation Army logo and a biblical quote from Jeremiah (22:13) "Woe to him that useth his neighbour's services without wages"