Superpowers&factions must stop risking billions of lives vying for power in the Ukraine&Syria,
The situ in Ukraine is especially silly, help this country&region thrive peacefully via a fair direct democracy, which can happen if we stop messing around.Ukraine can help bridge eurasia& the world, not split it.
Does Putin&his clan want to be as reviled as Hitler& Stalin?, dying early& or twisted in a bunker. Billions of nice people&good programmers want peace, not world war3,
no one ultimately profits from war! 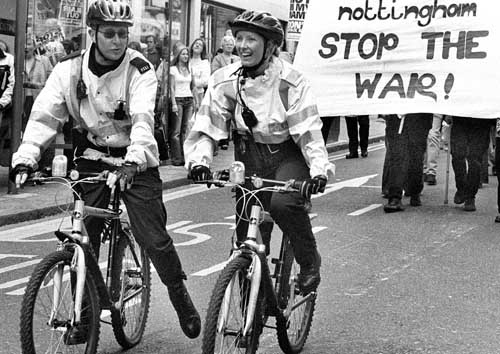 Ukraine can help bridge eurasia if we all support each other, preferably with a simple constitutional direct democracy in Ukraine like switzerland 1848,
this simplified democracy&cooperated their previously waring 2party political factions& boosted good business there& internationally.

Ukraine has a very autonomous,but internationalist history,they tried to stick to democracy like many of the Russian people after the russian revolution.
Then the bolshevik coup was brought by the kaisers train full of gold for the industrial russian empire regions to help win his invasion of western europe, the democratic revolution was betrayed,slaughter started with Mensheviks&the Tsars family.
The Ukrainian&Anarchist Cossack leadership mistakenly defended Moscow from General Denikin& then General Wrangels white armies,
but were executed afterwards by Trotsky whilst meeting under a flag of truce. Macknho& other democratic leaders were forced to flee& the Ukraine suffered a mass holocaust under Stalin,who executed Trotsky&his followers.
Holodomor was recognised& remembered at the start of the maidan protest in Kiev 2013

Longterm war benefits no one&only makes a quick buck,RIP all,

Invest in a global green new deal like FDRs to get us out of recession,if anyone survives world war3,the world will not be a better place.


Sources wikipedia & first hand knowledge passed on by my grandmother born as Nina Skorupsky near Kiev& those of her family who survived&moved to poland&europe before Hitler&Stalin invaded there in 1939 under the Ribbentop pact,with nazis&all sides funded by John Rockefeller Jnr whoes empire was split up by FDR in the early 1940s.