Tommy Johnson is an active fascist based in the Leeds area. He has set up the 'Nationalists Animal Rights Network' page on Facebook. 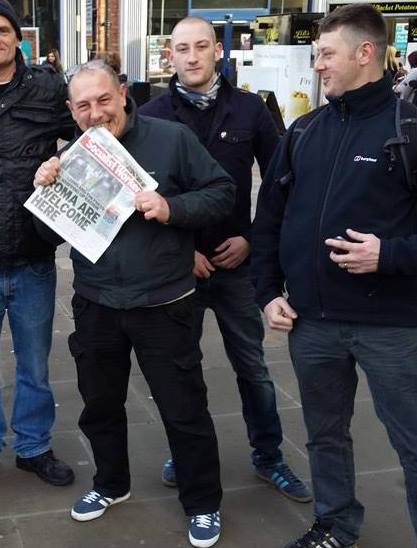 Tommy Johnson is an active fascist based in the Leeds area. He has set up the 'Nationalists Animal Rights Network' page on Facebook.

On closer inspection its generally supported by any Nazis who happen to have a pet and is bereft of any real AR activists.

He is also an active member of 'National Action' which has recently started a page on Facebook.

This group has been active around Coventry and Birmingham with a banner drop over the A38 and a protest outside a restaurant for selling halal food. They are also armed with stickers!

They recently held a demo in London too outside the Ukrainian Embassy. This show of strength in the capital amounted to 9 members.

He has also joined many Animal Rights groups and Anti-Fascist groups on Facebook amongst the 100s of other fascist groups he belongs to.

You can check him out here

Tommy Johnson: Neo nazis on the move in Leeds.