Thursday 24th April marked the one year anniversary of the Rana Plaza factory collapse in Bangladesh, in which over 1000 people died, and thousands more were seriously injured. Benetton shops were closed across Europe by protesters demanding compensation for the victims. 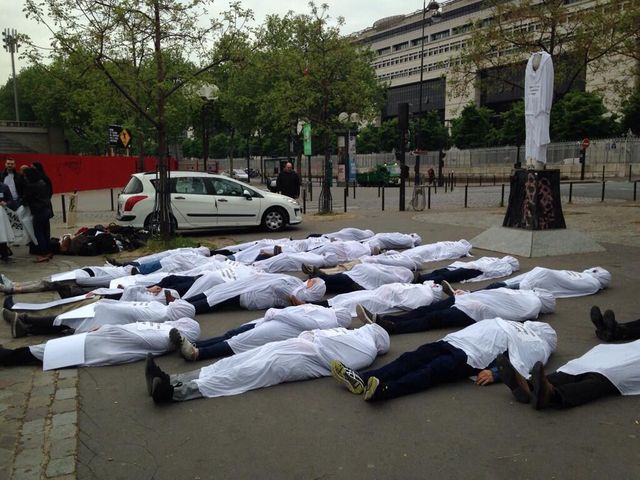 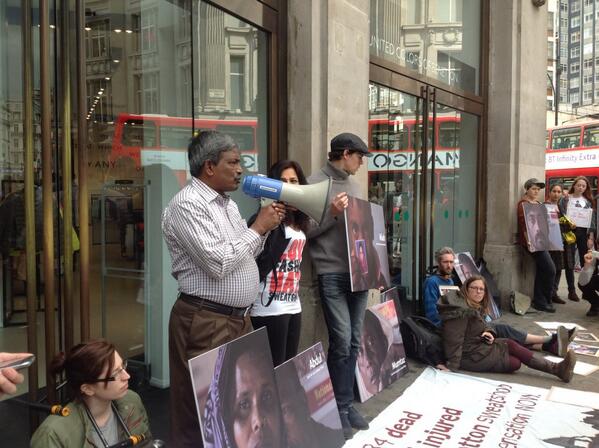 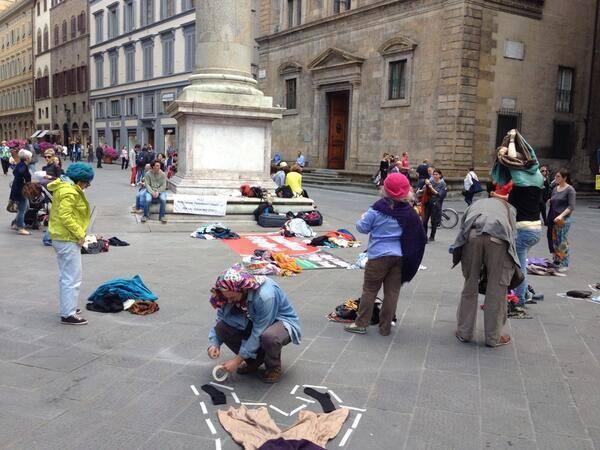 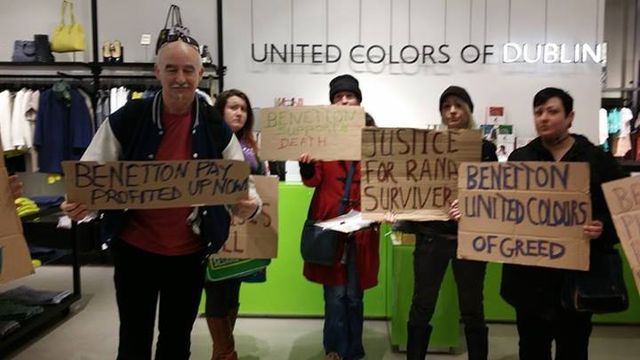 This week saw the one year anniversary of the disastrous Rana Plaza factory collapse, in which 1,134 Bangladeshi workers died and thousands more were injured. The anniversary was marked globally, with the victims and their families and supporters blocking roads in Dhaka to demand compensation, and a surge of solidarity vigils, actions and rallies around the world. Many of the protests singled out Benetton, who have not contributed anything to the compensation fund.

Benetton shops were closed across Italy, England, Ireland, France and Turkey by campaigners demanding that they pay into the compensation fund for the victims and their families. Benetton's flagship store in London lost an entire day of trade as protesters locked themselves to the doors for ten hours. [

http://www.redpepper.org.uk/protest-tells-benetton-to-pay-up-for-rana-plaza-victims/] “We don't think that Benetton should be making a profit in London on the anniversary of the collapse of Rana Plaza.” said Martha Jones, one of the protesters. The London store manager initially claimed that the company had paid compensation, but later retracted this, saying that she had been lied to by her superiors. In Dublin campaigners also closed a Benetton shop with a number of protesters occupying the shop with placards demanding justice for the survivors and condemning Benetton's actions.

In Italy, the home of Benetton, multiple shops were targeted by flash mobs, including in Florence, Milan and Treviso. Similar actions were carried out in France and Turkey.

The call out for Europe-wide action came from the Clean Clothes Campaign. Ineke Zeldenrust of the CCC said that Benetton, and other firms who have not contributed to the fund “have killed twice. They neglected the safety of the the workers who supply them, and now they are abandoning the survivors and the families of those who lost their lives.” European MEPs added their voice to the protests with a letter calling on Benetton and other Europe-based corporations to “publicly contribute a significant amount to the Rana Plaza Donor’s Trust Fund, an amount that will be sufficient to ensure each and every family received the payments they are owed.” [


Benetton was chosen as a target because they have not contributed any money to the compensation fund, and have remained completely silent on the disaster, other than to make excuses and deny responsibility. They initially denied using the factory, but when their labels were found in the wreckage they had to admit a connection. They then claimed that it was a one-time order, and that this meant they have no responsibility to the victims. [

http://www.dailykos.com/story/2013/05/01/1206113/-Meet-the-retailers-that-won-t-help-victims-of-Bangladesh-factory-collapse] They are now arguing that they have contributed, by handing out some prosthetic limbs, providing 'skills training' and offering loans to those affected. These gestures are a long way from meaningful compensation.

Furthermore an Italian documentary uncovered evidence, only months after the Rana Plaza collapse, that Benetton was continuing to source clothes from factories with underage workers, locked gates and no fire escapes. Benetton claimed not to 'recognise' these factories. [