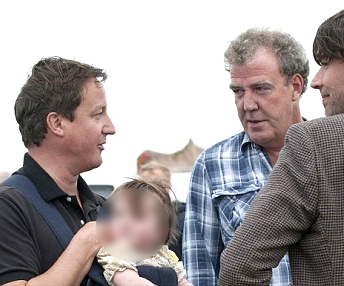 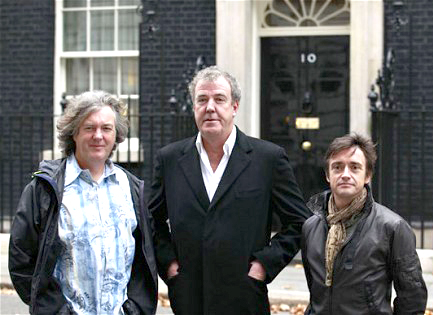 Not content with ignoring more than 30,000 members of the public who registered formal complaints against Jeremy Clarkson, after Jeremy Clarkson encouraged TV viewers to 'do a Breivik' by murdering striking public-sector workers, not content with letting Clarkson off for making grotesque comments about suicide victims, and not content with rewarding Clarkson's bigotry by commissioning and broadcasting the racist toilet-humour of the Top Gear India Special, now the BBC respond to more proof of Jeremy Clarkson's racism, by giving him what's laughably referred to as a "final warning". In other words the BBC have responded to the person who's done more to incite and to legitimise xenophobia, racism and potentially-murderous Fascist views than any other person in the UK, by letting him off, scot-free, yet AGAIN.

Writing in the Sun newspaper, Jeremy Clarkson denied his most recent use of racist language, but evidence published by The Daily Mirror has proved he was lying. When responses to Jeremy Clarkson's incitements appeared previously on Indymedia, Clarkson sycophants trolled revealing responses in the comments sections, blind to the irony of them getting all indignant about people daring to subject their hero to reciprocal humour - apologists for racism routinely use the defence that racists are "only" joking, but when, in Clarkson's case, this racist shit gets as good as he's given, the sycophants come crying...

To put this in further context, the current Chairman of the BBC is former Tory cabinet minister Chris Patten, who oversaw the failed imposition of Margaret Thatcher's hated (and profoundly anti-democtratic) Poll Tax, and Jeremy Clarkson is a personal friend of Tory Prime Minister David Cameron.