May Day march and rally in Edinburgh

A report of the Saturday 3rd May Day event in Edinburgh with a collation of other May Day reports. 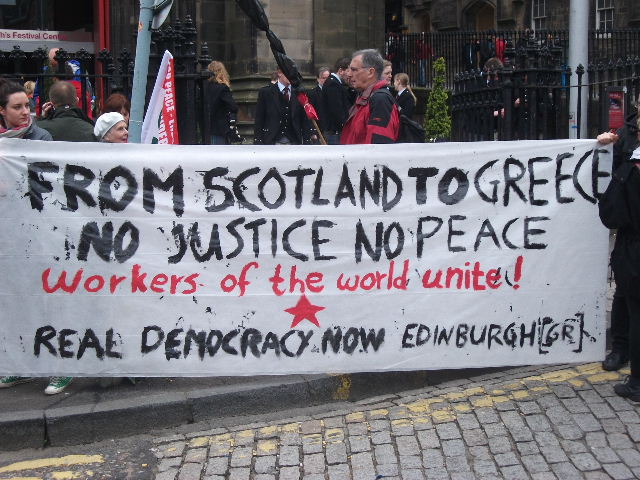 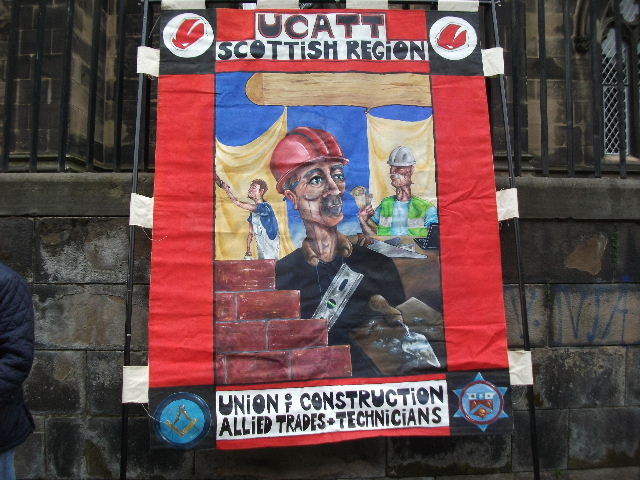 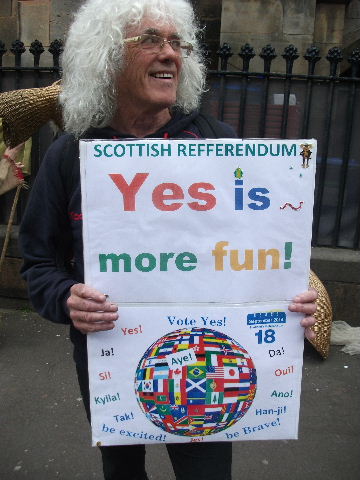 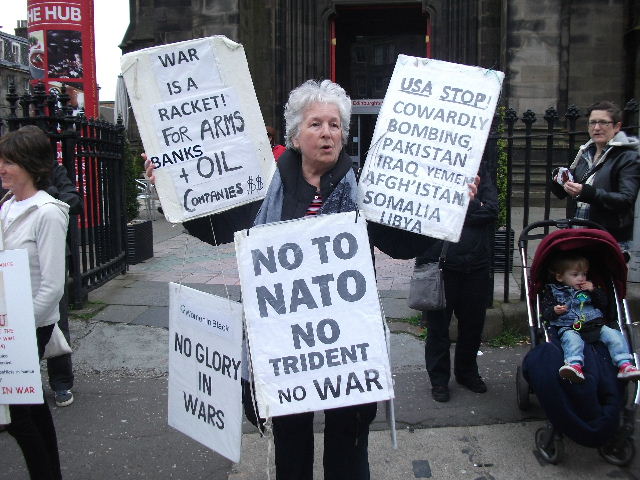 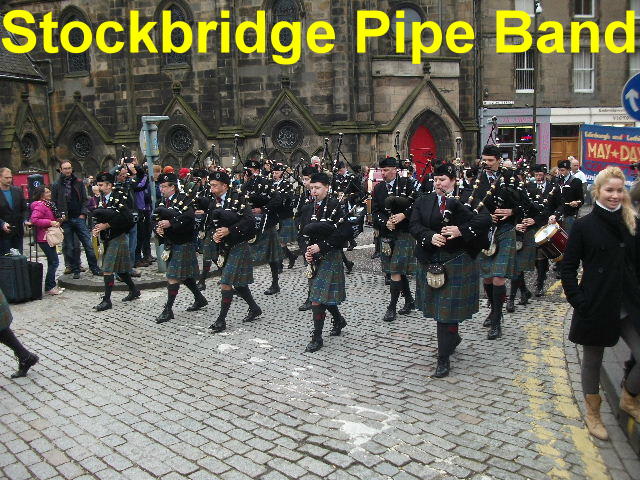 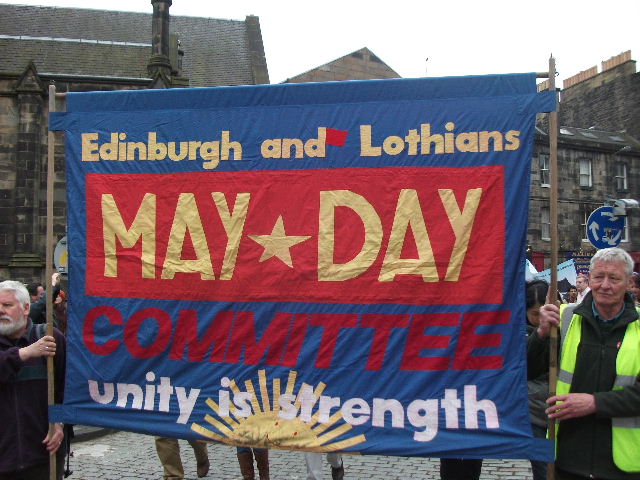 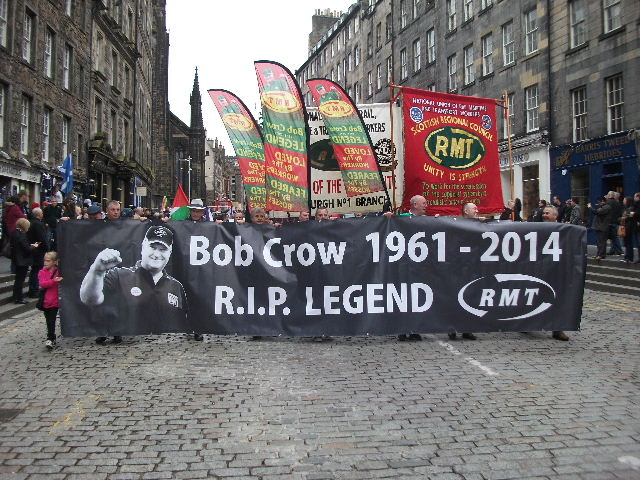 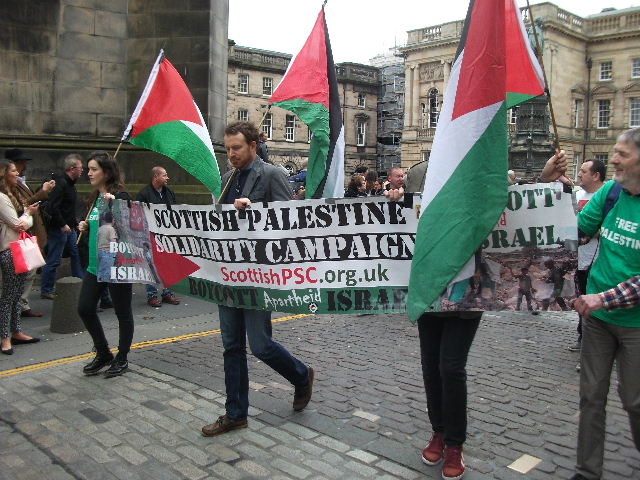 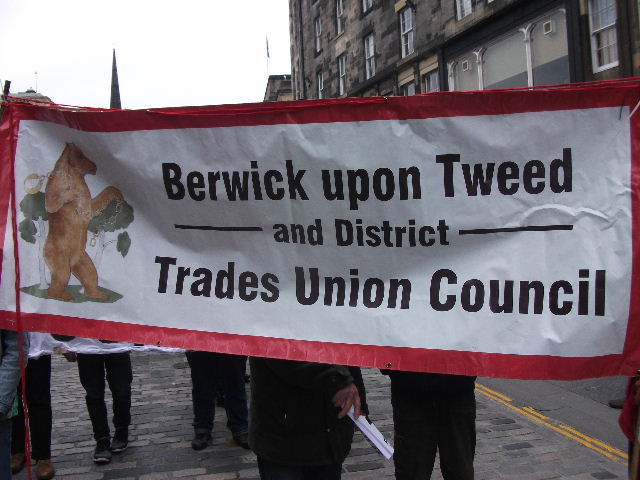 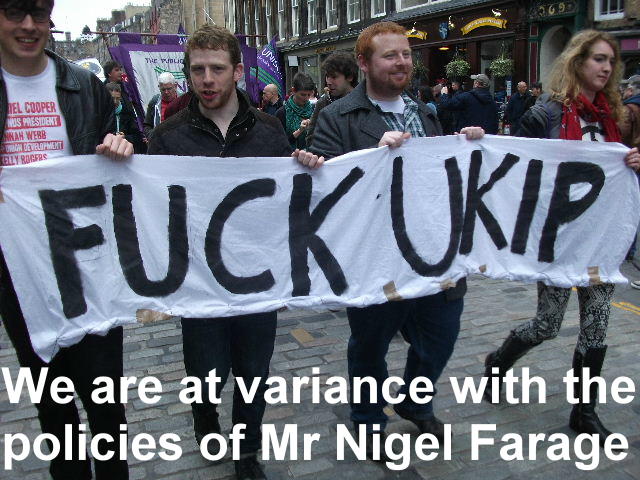 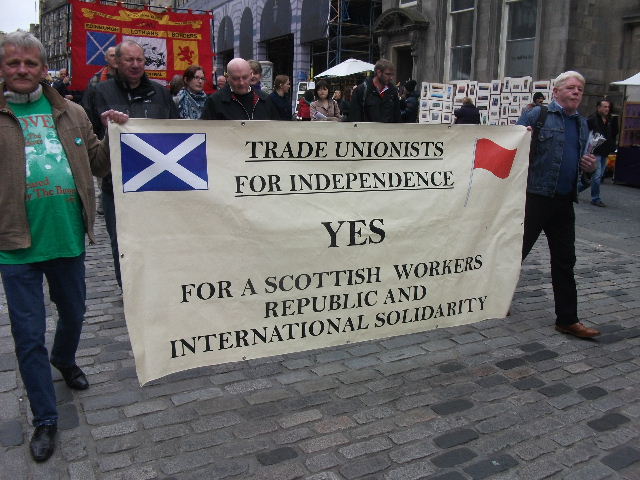 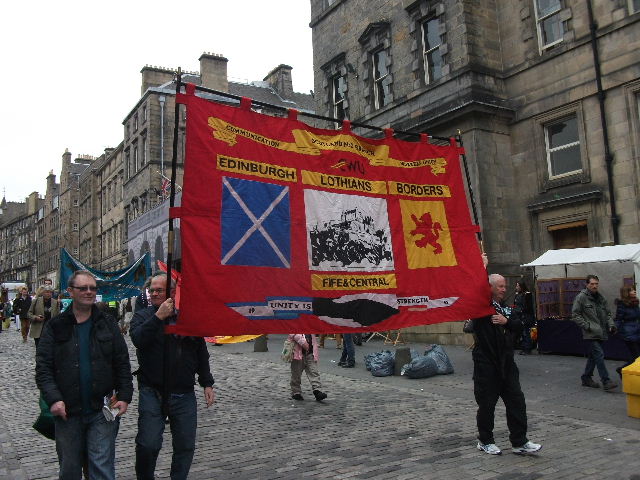 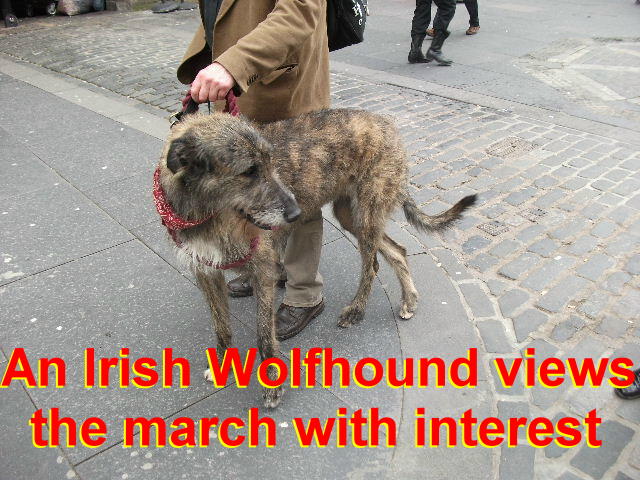 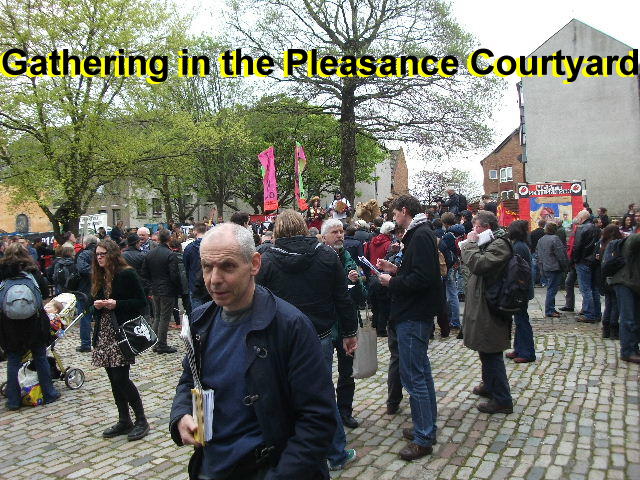 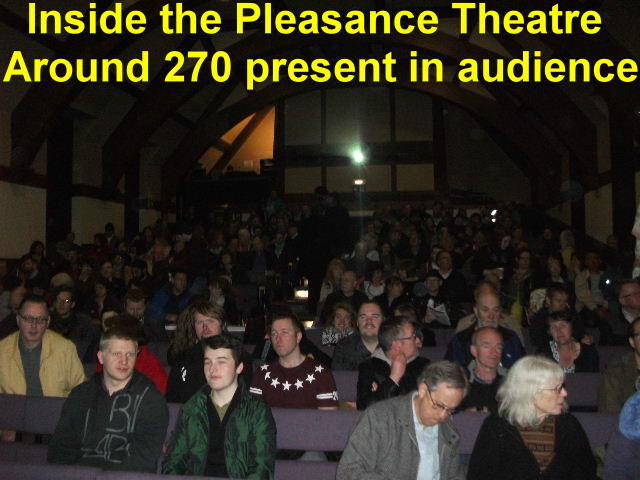 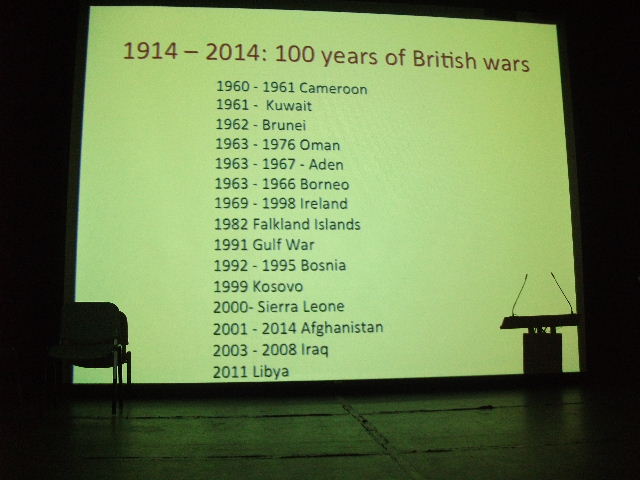 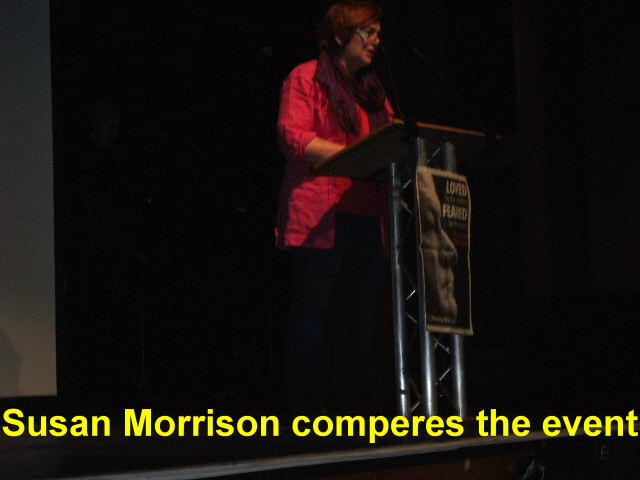 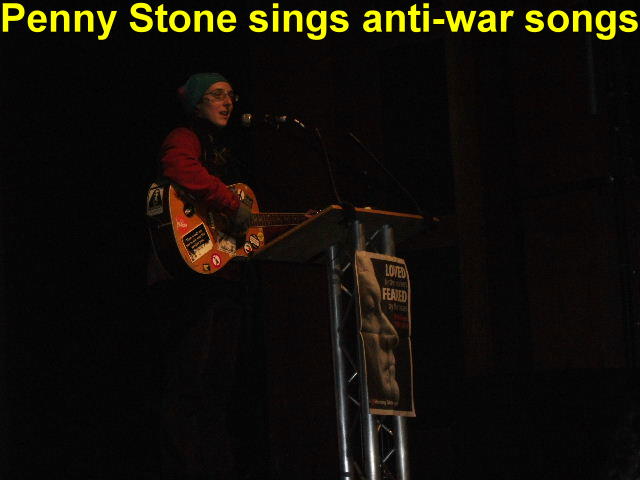 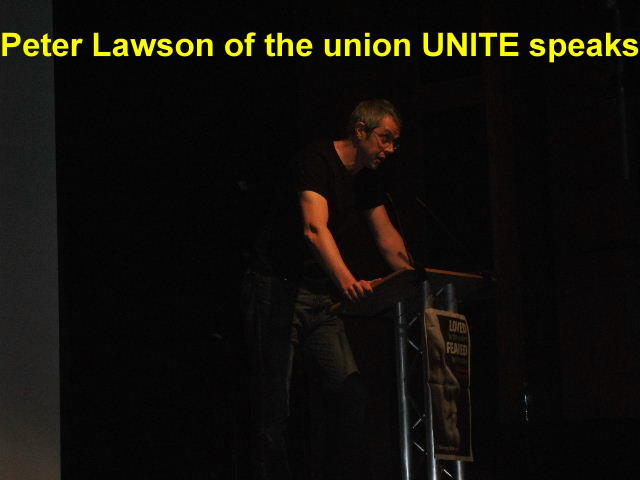 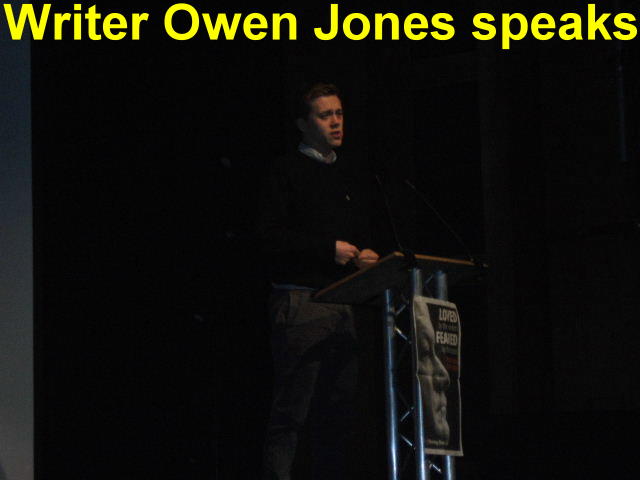 May Day march and rally in Edinburgh

Edinburgh’s 2014 May Day march and rally on Saturday 3rd May attracted hundreds of people. The many various groups included pro-independence campaigners, anti-war groups, Palestine Solidarity, opposition to welfare cuts, opposition to Trident and hostility to privatisation of essential services etc. The general theme of the day was welfare not warfare.

There were banners from across Scotland and from Berwick upon Tweed in Northumberland. There was a huge banner commemorating RMT union leader Bob Crow who sadly died on March 11th at just 52 just 3 days before veteran socialist Tony Benn.

There was entertainment from the Stockbridge Pipe band and the varied march set off from the Hub (a former church and now a venue at the Edinburgh Festival) at the top of the Royal mile along the Lawnmarket, the High Street down the Royal Mile across the Bridges and down St Mary’s Street to the Pleasance Courtyard and Theatre.

The assembly of around 300 made their way in to the Pleasance Theatre to listen to a number of speakers compered by comedienne Susan Morrison.

The first speaker lamented the passing of three icons of the left, union leader Bob Crow, veteran socialist Tony Benn and most recently long serving Scottish MSP Margo MacDonald who died on April 4th after a long and brave battle with cancer.


Penny Stone of CND is an accomplished singer and entertained the gathering with a number of anti-war songs. She sang `I ain’t gonna study war no more` and others including `We are Spartacus, we are`.


Peter Lawson of the union UNITE spoke. (UNITE is Britain’s biggest union with an estimated 1.42 million members.) He spoke out against the governments cuts in welfare. He said that Edinburgh Council is going to cut £600 million from its budget over the next four years.


Next speaker Owen Jones began by self-deprecating his juvenile appearance – he is actually 29 but looks much younger. He has written books including the best seller `Chavs: The Demonization of the Working Class` and writes a regular column for the Guardian. He made the point that many people have to work for their poverty. He also said that while benefit fraud cost about £1.2 billion this only represented 1% of the total benefit bill while big city and VAT fraud cost twenty times as much at £25 billion.

He spoke of the catastrophic effects of the war on the people of Iraq. He advocated the building of many more council houses and the training of doctors, nurses and teachers instead of spending vast amounts of money on war. There were six and a half million people desperately looking for decent work. He spoke out against the loan sharks like Wonga loans. There were 5 million people on social housing waiting lists while private landlords could make a packet. He pointed out that the private train operators received massive subsidies. Gains by the working classes like the right to vote, the right to have a National Health Service and so on had to be fought for.
His passionate eloquence brought a long standing ovation.


Compere Susan Morrison closed the proceedings by asking for a round of applause for all those who had helped to make the event possible.

The event finished a little after 2.00pm.


There were of course numerous other May Day events around the country and indeed the world:

BBC report of the event in Newcastle upon Tyne:


BBC report of the Edinburgh event:


BBC report of the well-attended London May Day event which actually took place on Thursday 1st May:


In Istanbul, Turkey the event was marred by violence:


Here is a collation of May Day protests from all over the globe including Moscow, Barcelona, Venezuela, El Salvador, Colombia, Indonesia, The Dominican Republic, Poland, Athens, Serbia, France, Hong Kong, The Ukraine and other locations. It’s a truly International event.

20 photos of the day are included.