A day of celebration commemorating Tony Benn and Bob Crow. 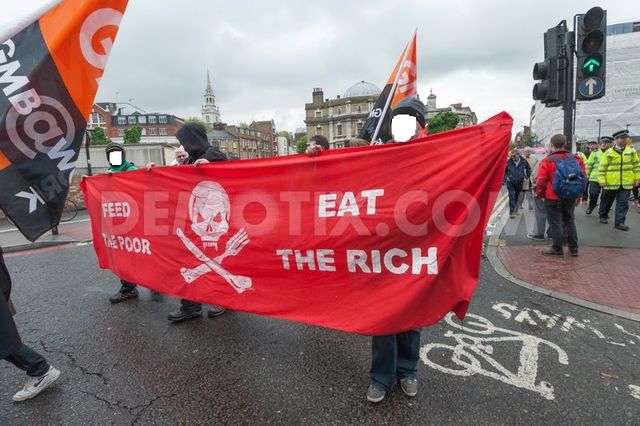 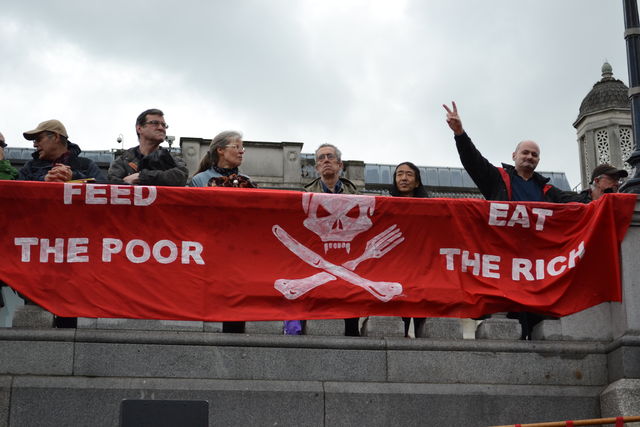 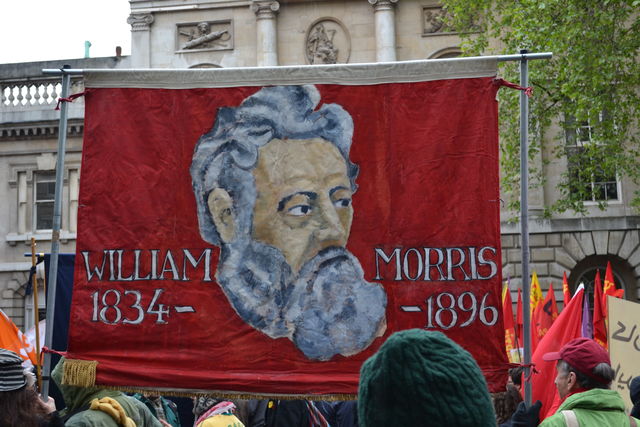 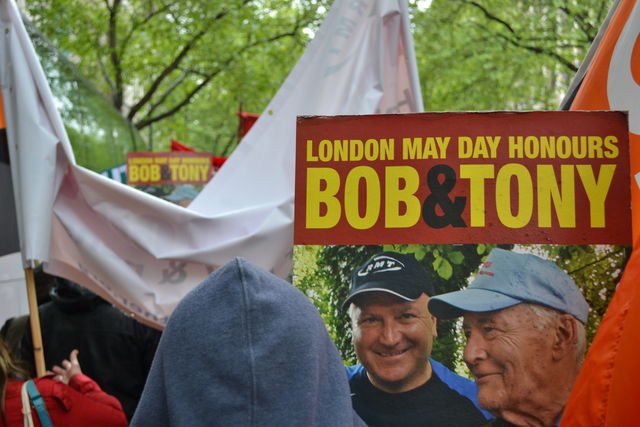 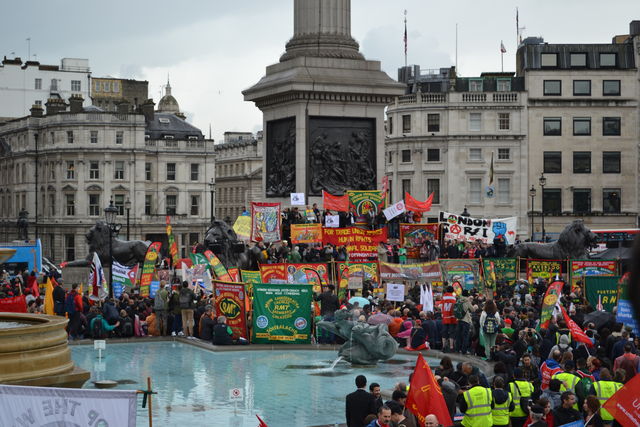 This year's May Day march in London was a special yet sad one as it commemorated the passing of two giants of the left, Tony Benn and Bob Crow. Respect was paid to both at the end of the march by way of personal tributes by friends and family members and a huge video screen that played montages of each individual's life.
This could have been a somber event, but despite the constant rain, it was a celebration of those two people who had dedicated their lives to the furtherance of human equality and universal justice.
This celebration started at Clerkenwell Green. A fitting place in many respects. It plays host to the Marx Memorial Library and to a pub where it is thought Lenin first met Stalin. The latter was full of trade unionist and the like starting off the celebrations with a pint , whilst outside the square was a moving collage of red banners adorned with meticulous decoration and words of solidarity.
There was also a black bloc with their anti Wonga placards who I believe splintered and headed for the Wonga offices on Tottenham Court Road for a successful action.
There was also a sizable police presence, containing several FIT teams, which gradually increased as the set off time approached.
We decided to get in at the back of the parade and found ourselves between some drummers and a guy on a PA providing lively critique and slogans; a great mix of sound that lent a carnival atmosphere which helped brighten up a grey and wet afternoon. We unfurled our banner that bore a skull and cross bones, the crossed bones of which were a knife and fork! On either side of this were the words, " Feed the poor. Eat the rich". Most reactions to this were positive, with many photos being taken. There were some negative reactions, but these came from the demographic at which the sentiment was aimed - job done!
The parade wound its way along Clerkenwell Road, to Kingsway, Aldwych , the Strand and finally to Trafalgar Square.
Here the tributes to Benn and Crow were held, eliciting cheers and applause.
We decided to move off to a pub for coffee and beer. We were kindly given a personal guard of a some FIT officers who graciously, and with no thought to their own well being, waited outside for an hour and a half in the pouring rain, whilst we stayed warm and dry and drank and plotted our next action.
It had been a good day and the second action of the year for the collective. Many more are planned and we look forward to seeing you all on the streets.
Crow