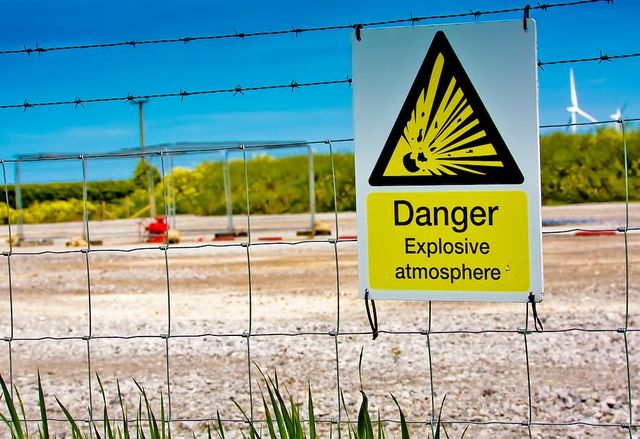 John Mager an anti fracking campaigner was arrested for meditating by police as cranes moved into to complete further work on a potential fracking site near Hull. John, (a practising Buddhist) and his wife Valerie, who was also arrested, said "I was arrested while meditating peacefully, it was not necessary to arrest me'
Both have been charged with causing intimidation and annoyance contrary to section 241 of the Trade Union and Labour Relations Act.
John continued, "Fracking is wrong, bad for local landowners and all of us using Yorkshire Water and (is) only hastening the destruction of future lives by carbon emissions."
John, is a retired, ex director of Children's Services at the East Riding of Yorkshire County Council..

Rathlin Energy, which is working at the site, says it is not fracking and has no plans to do so.
The Environment Agency, however has granted permits for the company to test at the site and another in West Newton, near Aldbrough.

While portrayed as purely conventional oil wells, Rathlin drilled both wells much deeper than the primary target, ending just below the bottom of the Bowland Shale (9,200 ft for Crawberry Hill and 10,500 ft for West Newton. For both wells the primary target was the Permian era Caedby Formation at a depth of less than 4,900 ft but a secondary objective was to take core samples of the Bowland Shale.
The permits Rathlin has secured, are for the management of extractive waste and a radioactive substances, activity permit.

As previously stated in the heading, Dermot Nesbitt (Director at Rathin Energy) is an ex Northern Ireland, Environment Minister.
Rathlin Energy (UK) Limited, is a wholly owned subsidiary of Connaught Oil and Gas Ltd based in Canada with branches in England and Northern Ireland. ,