Graffiti in Support of ZAD, France & Can Vies, Spain in Hastings, England 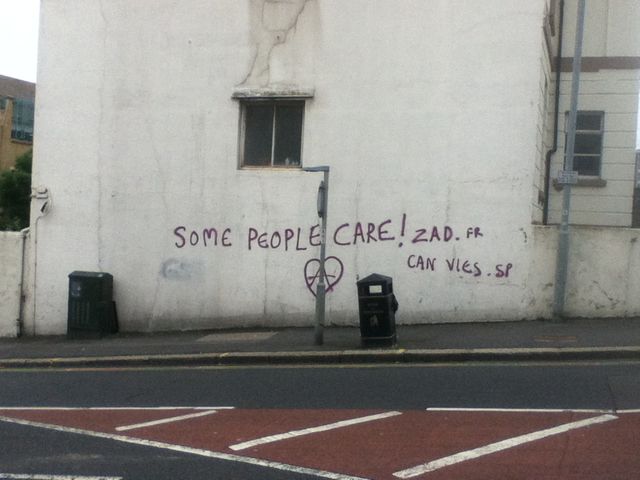 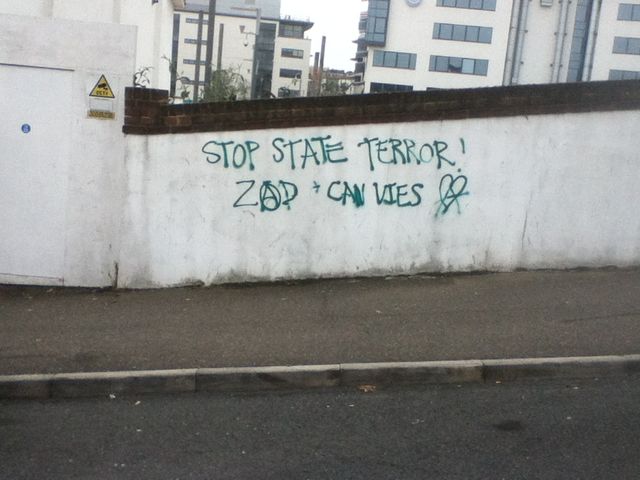 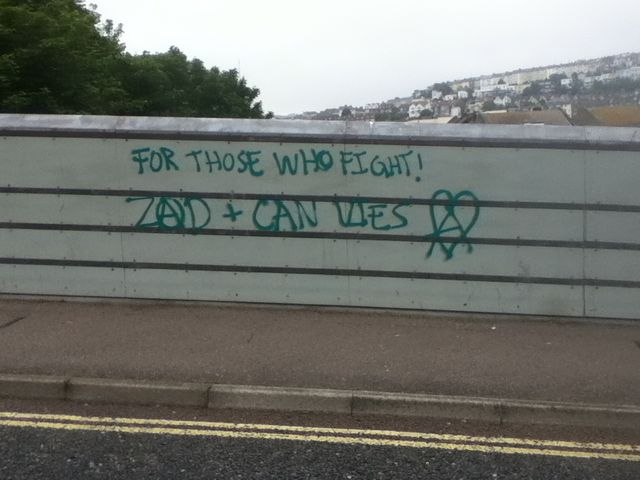 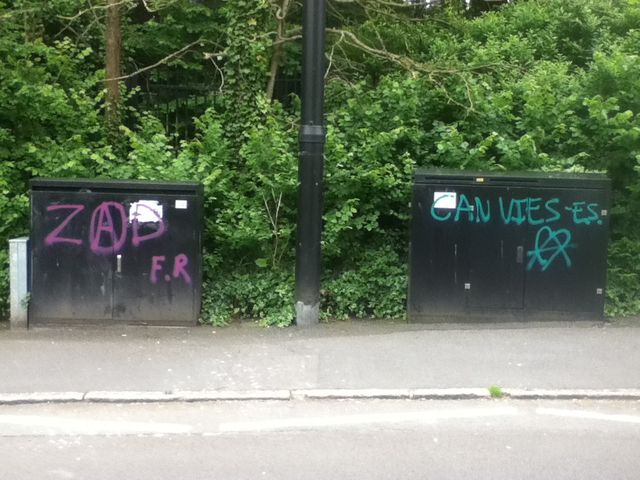 Here are a couple photos of graffiti that appeared in Hastings (UK) in support of the ZAD (a zone to be defended), France and the struggle to save the squat Can Vies in Barcelona, Catalonia, an imposition that comes as the result of the Spanish state and developers to crush dissent, resistance and free spaces.


ZAD (to developers it is the Zone d’Aménagement Différé’, the differed development zone and for us it’s a Zone À Défendre: a zone to be defended. Either way, it’s a part of the countryside close to Nantes in France, which according to the decision-makers should make way for an international aiport.
See