Temperature Rising as more Arrests are made at West Newton

Activists arrested as anger rises due to waste spillages. 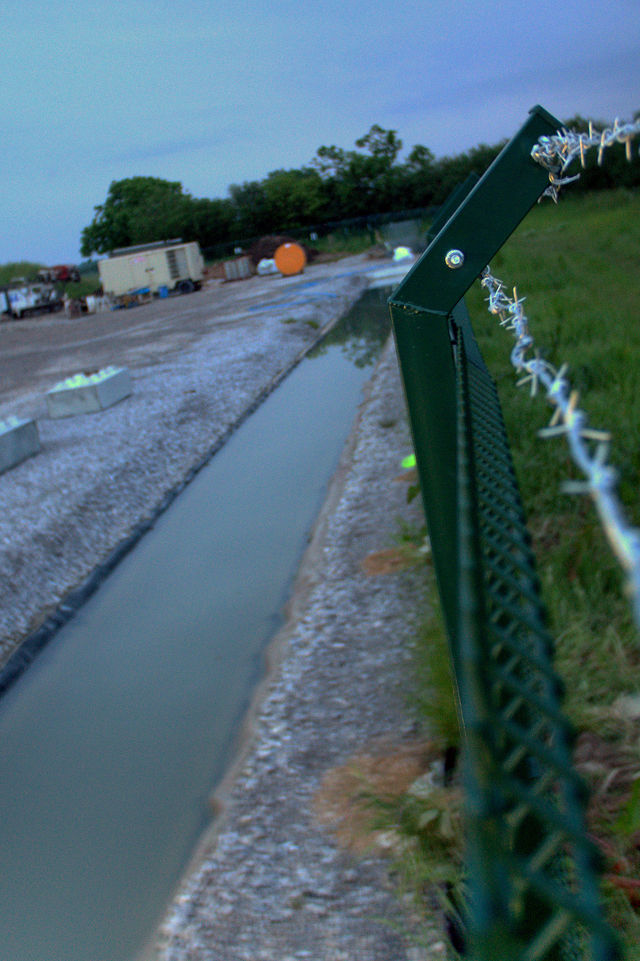 Ditches at the West Newton Site

Two Activist 'Protectors' were arrested today (Tuesday 03/06/14) whilst angrily remonstrating with police at the Rathlin Energy, West Newton, Well site. The activists shadowed by a heavy police presence had walked in the very narrow road leading to the site, ahead of Rathlin Energy employees leaving the site, in their vehicles. Police asked the activists to move to aside so the vehicles could pass. Because there is no path on either side of the narrow road to the site, there was confusion, as to where people should stand. During this confusion the police made the arrests.
Anger had arisen at the serious spillage of effluent at the site, the day before (Monday) Many gallons of toxic waste water had cascaded over the man made ditches (built to catch spillage) across a road, also into a natural ditch which formed the border of surrounding crop land.
Activist Protectors had looked on in amazement as a panicked Rathlin employee attempted to take a sample of the polluted water from the natural ditch and fell in to it, up to his neck.
An employee from the Environment Agency turned up nearly 24 hrs later to take a sample from the ditch. One activist remarked the sample was useless because of the time that had elapsed.since the spillage. He also commented that Dermot Nesbitt (ex Northern Ireland Environment Minister and now director of Rathlin Energy) had the Environment Agency in his pocket and merely had the agency, he was once in charge of, as a UK Environment Minister, cover up, 'the mistake'
Previous spillages have been reported at Rathlin sites in Ireland, leading to claims of incompetency. Reports from residents of the United States and Canada had claimed there were areas of ecological 'dead zones' where spillages had taken place in ponds and lakes.
Further activities are planned from both sides.

The incident occurred whilst Rathlin were drilling an additional water monitoring borehole.
They claim the liquid is water from the underground aquifer coming up out of the borehole.
It presumably may have been water mixed with drilling mud.